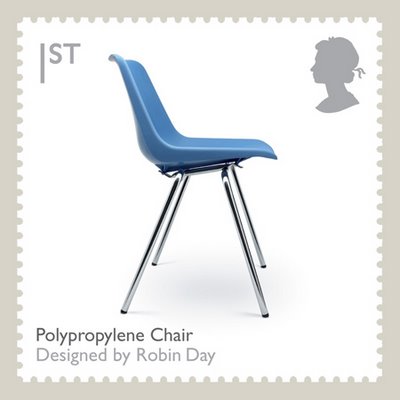 A couple of postings ago I featured the mid-century textile designs of Lucienne Day, half of the dynamic duo, Robin and Lucienne Day. Robin, born 1915, is famous as a furniture designer, in fact he's best known for his injection moulded polypropylene stacking chair, of which over 20 million have been manufactured. It was one of the first pieces of furniture to fully use the mass-manufacturing opportunities of injection moulding.

Robin Day graduated from the Royal College of Art in 1938. In 1942 he married the textile designer, Lucienne Conradi. They both opened a design office in 1948 and Day began working as a freelance exhibition, graphic and industrial designer. 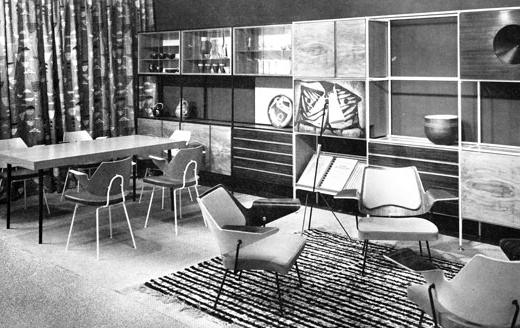 In 1949 Day entered the 'International Competition for Low-Cost Furniture Design' held at the Museum of Modern Art in New York. Day won first prize with Clive Latimer for his wooden and tubular metal storage units.

In 1951 Day was awarded a Gold Medal at the Milan Triennale for his design of his 'Homes and Gardens' pavilion at the Festival of Britain.
From 1962 to 1963 Day worked on the Polyprop chair. From 1963 to the present day over 14 million chairs have been sold in twenty three countries. It has been described as one of the most democratic modern designs of the 20th century. 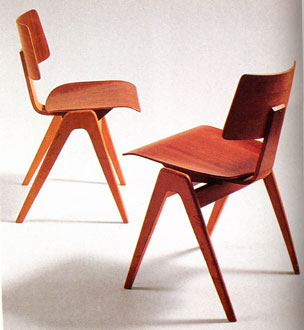 The RD1 is an outdoor table is designed for longevity of use. It was originally designed for the 1951 Festival of Britain and has lost none of impact since the. The frame is made from tubular steel and epoxy coated. The table slats are made from sustainable acacia wood so that the chair weathers well. The form is particularly rigid, aided by the wide positioning of the legs. An understated design, the RD1 is rational and universal in spirit. 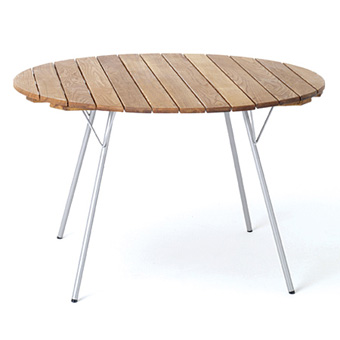 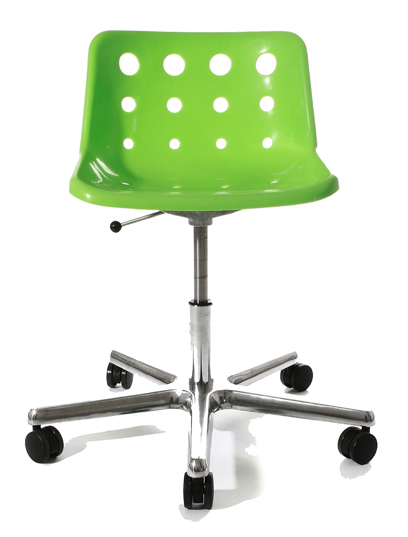 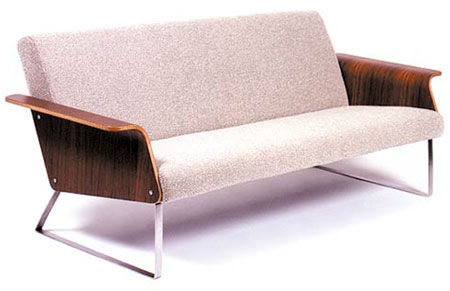 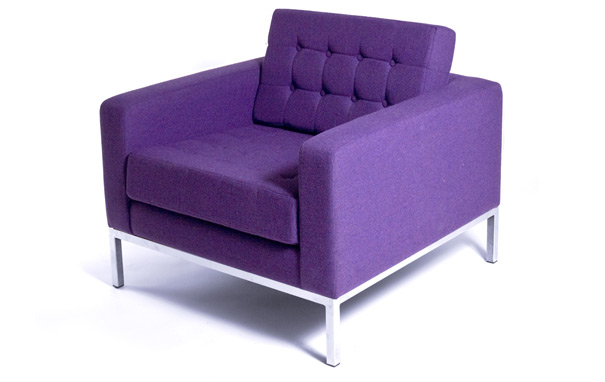