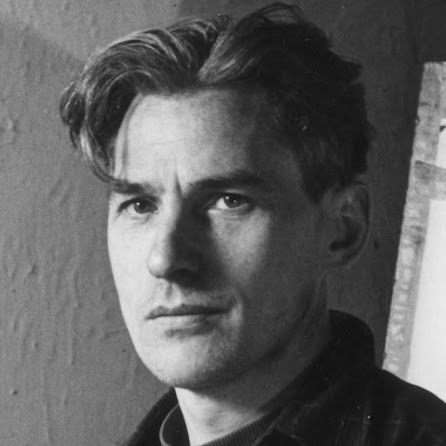 If Jackson Pollock was the public face of the New York avant-garde, Willem de Kooning could be described as an artist’s artist, who was perceived by many of his peers as its leader. He was born in Rotterdam, where he grew up in an impoverished household and attended the Rotterdam Academy, training in fine and commercial arts. In 1926, the adventurous young artist stowed away on a ship bound for Argentina. While the ship was docked in Virginia, de Kooning slipped off, skirted immigration, and made his way to New Jersey—and so began the rest of his life.

In New Jersey, de Kooning found work as a house painter. Large brushes and fluid paints were the tools of this trade, ones that he would continue to utilise throughout his artistic career. His dual foundations in drawing and craftsmanship underlay all of his work, even his most abstract paintings.

De Kooning’s next stop was New York, where he forged his artistic career. The Jazz Age was in full swing when he moved to the city, and he quickly fell under the sway of the lyrical freedom of jazz and the abstract art made by other artists under its influence. New York also brought him into contact with the work of Henri Matisse and with contemporaries including John Graham and Arshile Gorky, with whom he developed a particularly close and inspiring friendship.

In 1929, the Great Depression brought the Jazz Age to a crashing end. As part of President Franklin D. Roosevelt’s Works Progress Administration (WPA) program, in the 1930s de Kooning was commissioned to design public murals; he worked under Fernand Léger, who proved to be an important influence. Though his studies for the murals were never realised, they were among his first abstractions, and the experience of working on this project spurred him to pursue art making full-time.

By the 1940s, de Kooning had gained prominence as an artist. Over the course of a career lasting nearly seven decades, he would work through a wide array of styles, eventually cementing himself as a crucial link from New York School painting to European modernism. Physical labor and countless revisions were constants in his work, which ranged from abstraction to figuration, often merging the two. “I never was interested in how to make a good painting…,” he once said. “I didn’t work on it with the idea of perfection, but to see how far one could go…” The female figure was an especially fertile subject for the artist. His paintings of women were among his most controversial works during his lifetime and continue to be debated today

This is part 1 of a 10-part series on the works of Willem de Kooning: