Arthur Rackham (1867 – 1939) is widely regarded as one of the leading illustrators from the 'Golden Age' of British book illustration which encompassed the years from 1900 until the start of the First World War.

This is part 6 of an 8-part post on the works of Arthur Rackham. For full biographical notes see part 1.


Malory's own Morte d'Arthur was compiled from folk tales, with the addition of some original material related to Sir Gareth. The original version of the tales was first published by William Caxton in 1485 and the Malory's compilation is regarded as the best-known work of English-language Arthurian literature.


In preparing for the commission, Rackham turned to his own copy of Beardsley's "Morte D'Arthur" and, following the pattern of the Beardsley version, drew square and rectangular chapter headings to be set at irregular intervals up and down the page. As in Beardsley, these have a stark black and white appearance, though Rackham cannot resist the occasional wryly humorous touch such as a barking dog or a jester's head. 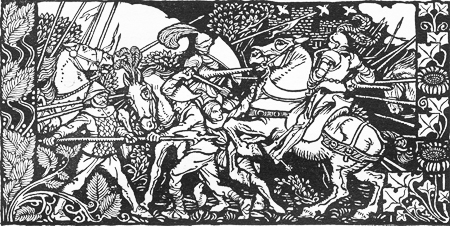 The closest Rackham comes to Beardsley, however, is in his illustration of 'Sangreal', a flaming lidded chalice carried by an attenuated golden-haired white-robed maiden. This homage to Aubrey is based closely on Beardsley's own angel in 'The Achieving of the Sangreal', the frontispiece to Volume Two of "Morte D'Arthur". 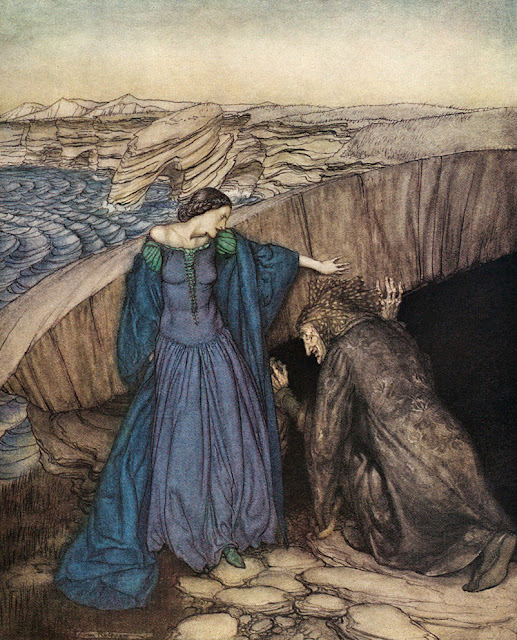 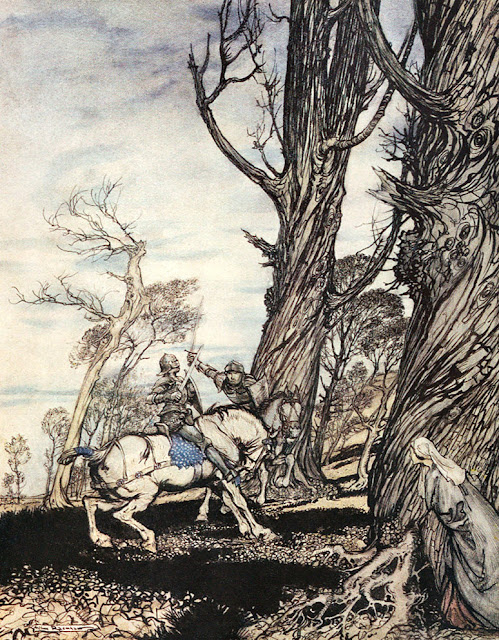 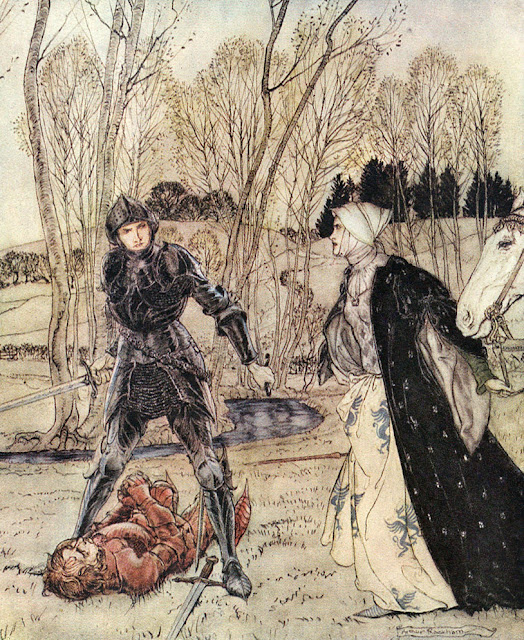 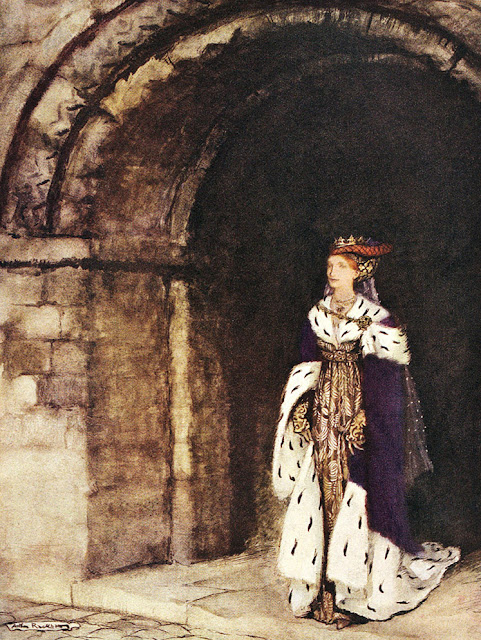 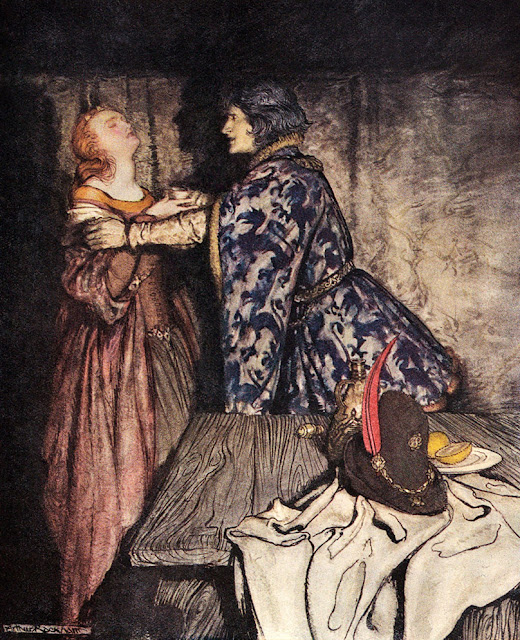 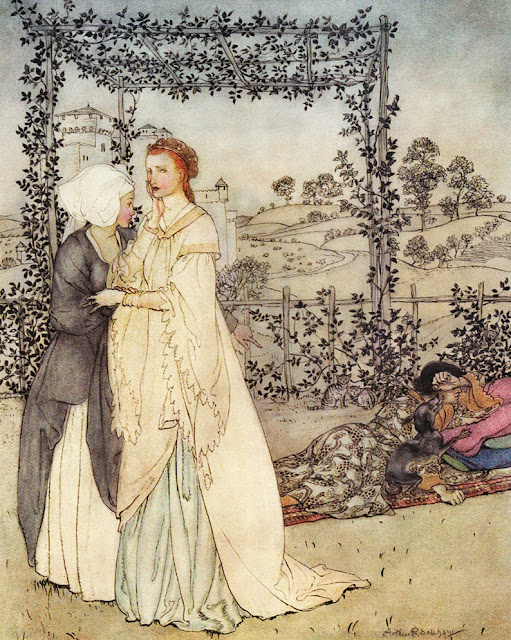 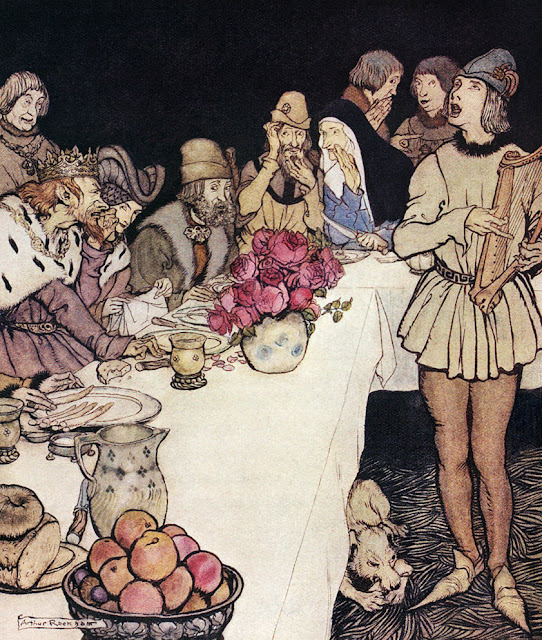 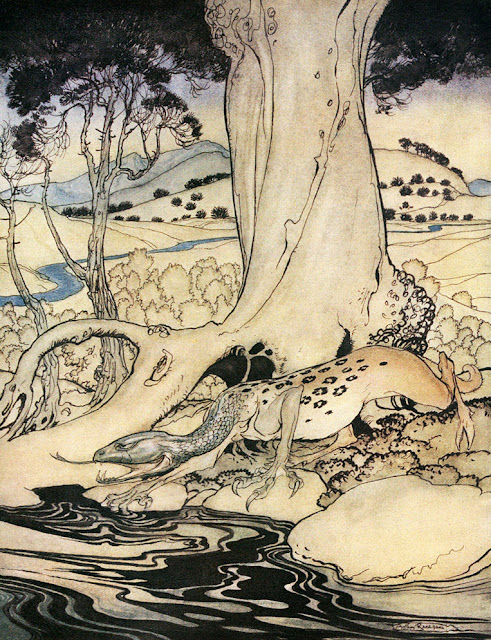 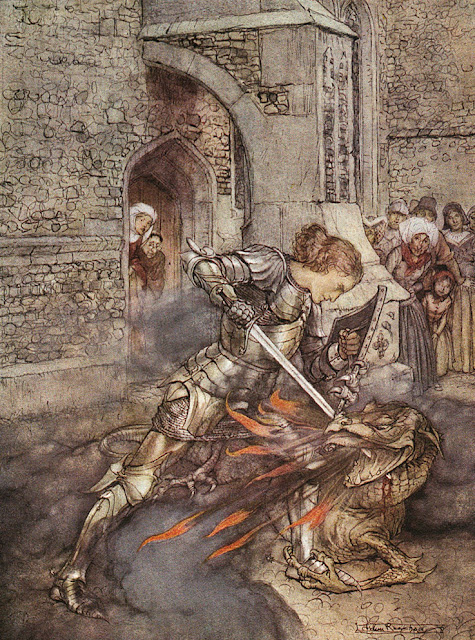 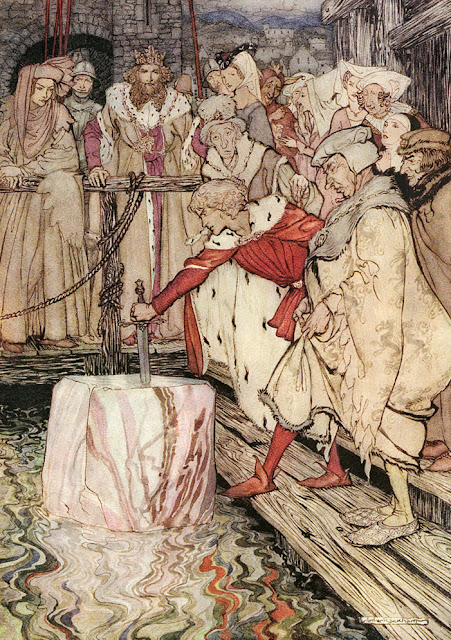 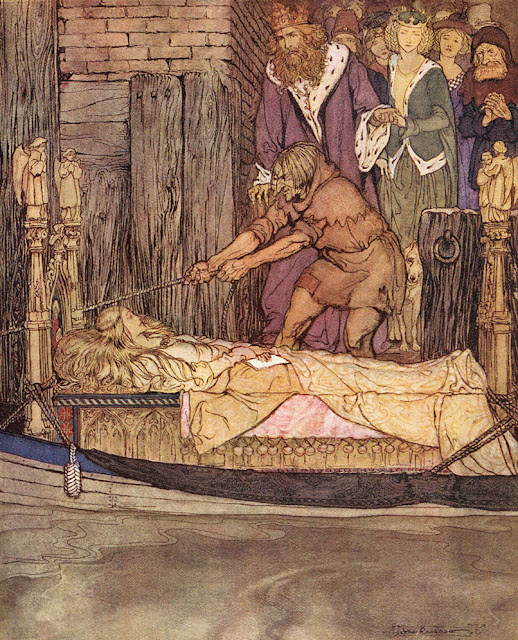 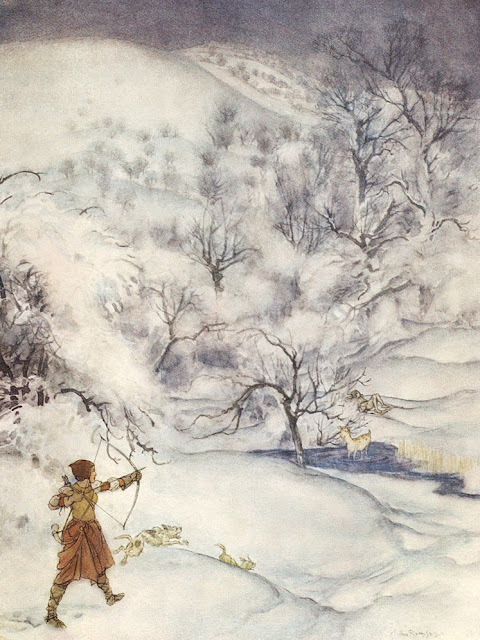 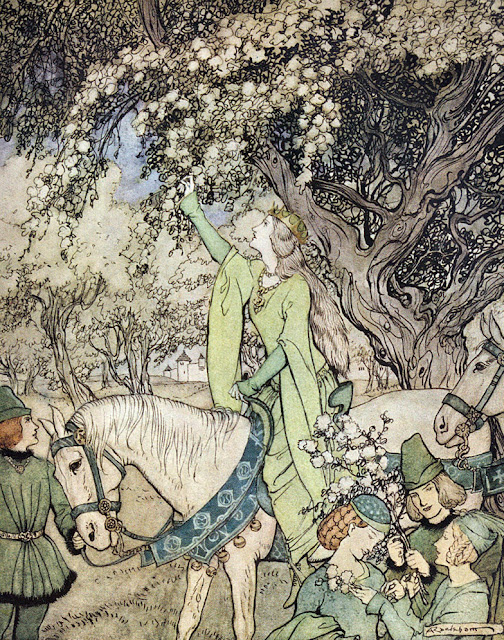 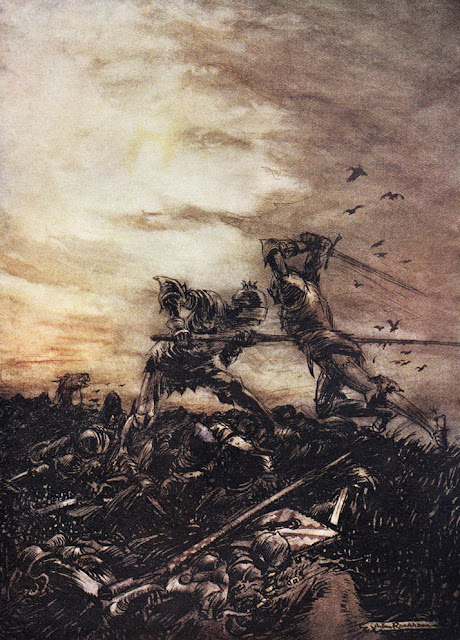 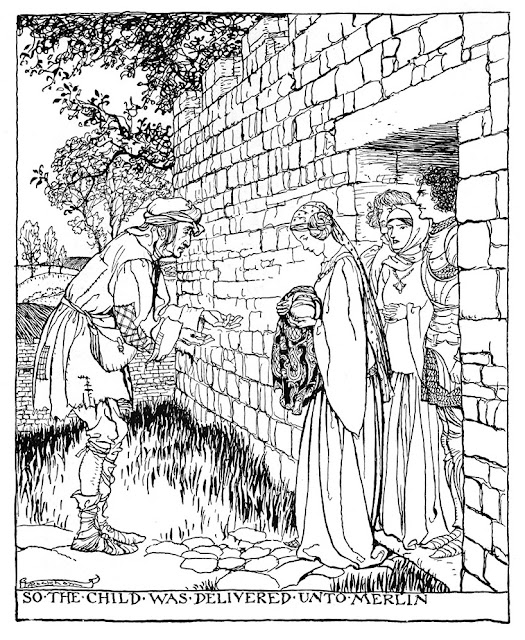 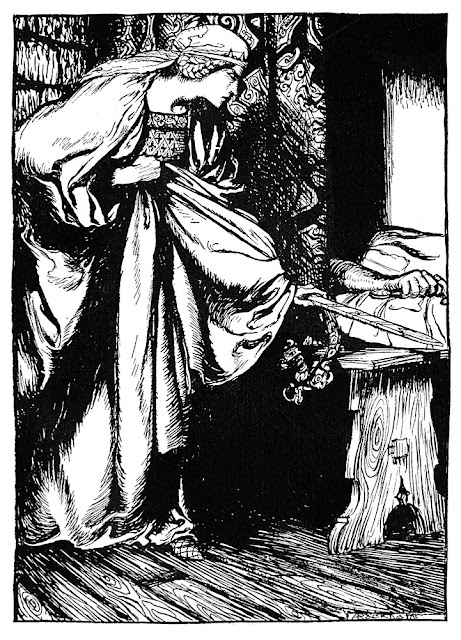 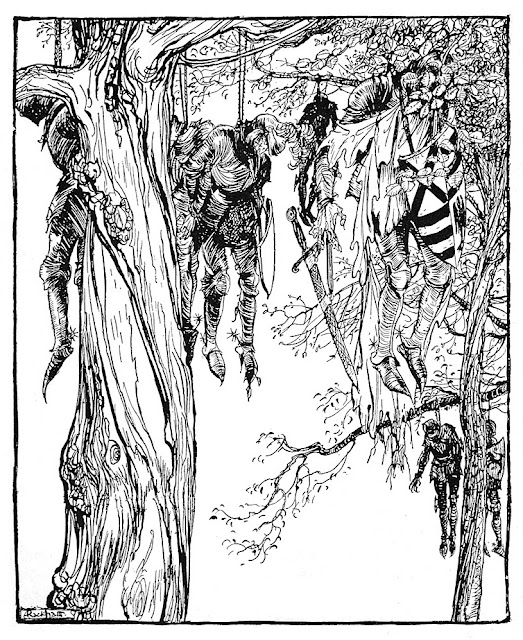 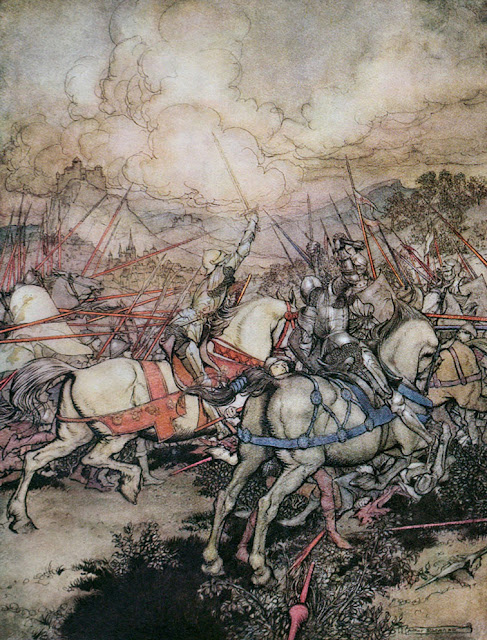