Eugène Grasset (1845 – 1917) was born in Lausanne, Switzerland in 1845. He was raised in an artistic environment as the son of a cabinetmaker and sculptor who taught him at an early age how to use the chisel and the gouge. He studied drawing under Francois-Louis David Bocion (1828–1890) and in 1861 went to Zürich to study architecture. After completing his education, he visited Egypt, an experience that would later be reflected in a number of his poster designs. He became an admirer of Japanese art, which influenced some of his designs as well.

Between 1869 and 1870, Grasset worked as a painter and sculptor in Lausanne. He moved to Paris in 1871 where he designed furniture, wallpapers, fabrics, and tapestries as well as ceramics and jewellery. He created architectural elements of woodwork that were integrated into buildings. His fine art decorative pieces were crafted from ivory, gold, and other precious materials in unique combinations and his creations are considered a cornerstone of Art Nouveau motifs and patterns.

In 1877 Grasset turned to graphic design, producing income-generating products such as postcards and eventually postage stamps for both France and Switzerland. It was poster art, however, that quickly became his forte. Some of his works became part of the Maîtres de l’Affiche, including his lithograph, "Jeanne d'Arc Sarah Bernhardt".

With the growing popularity of French posters in the United States, Grasset was soon contacted by several American companies. In the 1880s, he did his first American commission and more success led to his cover design for the 1892 Christmas issue of Harper’s Magazine.

1894 Grasset created "The Woolly Horse" and "The Sun of Austerlitz" for The Century Magazine to help advertise their serialised story on the life of Napoleon Bonaparte. The image proved so popular that Tiffany made it in stained glass. Grasset's work for American institutions helped to pave the way for the Art Nouveau style to dominate in American art.

Grasset taught design at the École Guérin from 1890 to 1903, at the École d’Art graphique in the rue Madame from 1903 to 1904, the Académie de la Grande Chaumière from 1904 to 1913, and at the École Estienne in Paris. Grasset had freely adapted the alphabet of Nicolas Jenson (1471) with the intention of using it to print a book on his own method for ornamental composition, inspired by the courses he gave to the Guérin school. Georges Peignot acquired Grasset's alphabet and obtained an official patent October 7, 1897 for the typeface  under the name, "Grasset". He then gave Henri Parmentier, the workshop's punchcutter, the mission to engrave it. In 1896 he published a dissertation on the use of plants in designs, that featured images of designs prepared by his students.Grasset died in 1917 in Sceaux the Hauts-de-Seine department, south of Paris.

This part 2 of  2 on the works of Eugène Grasset: 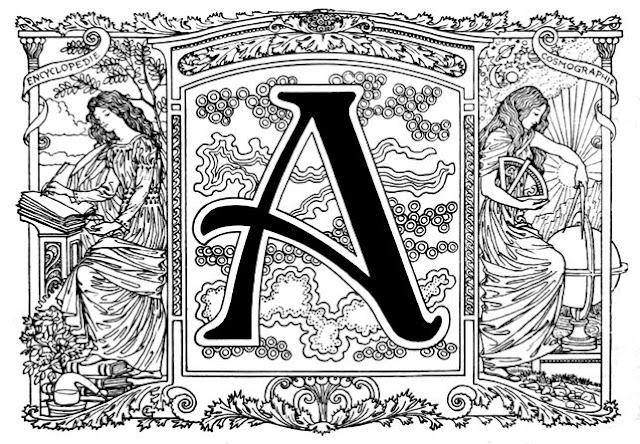 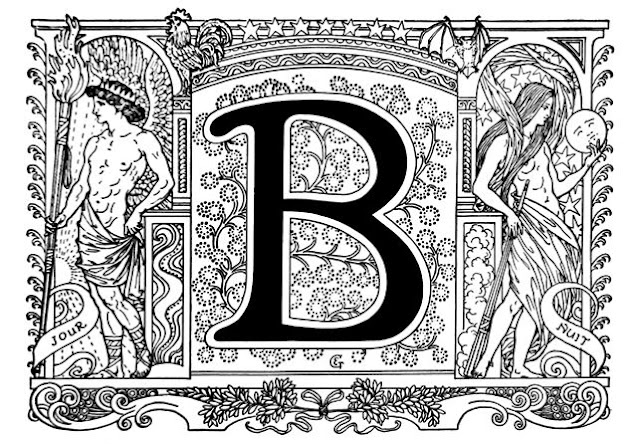 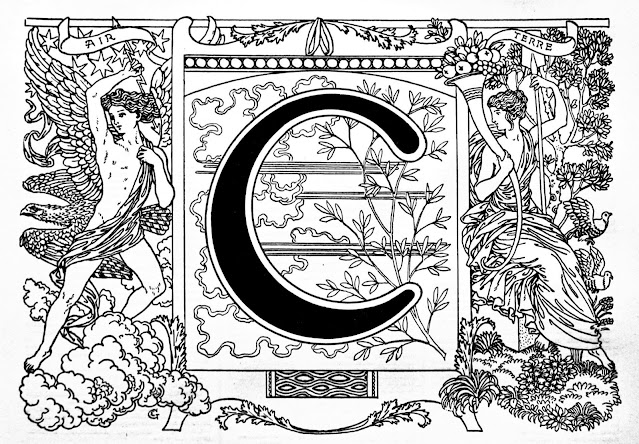 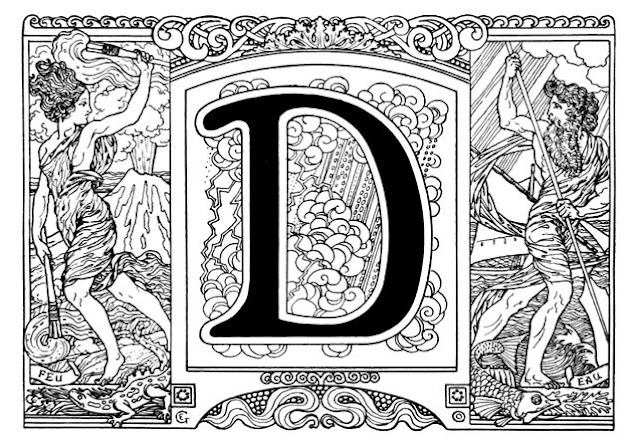 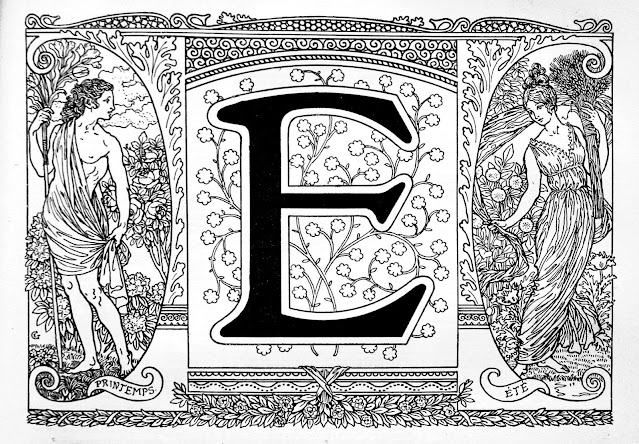 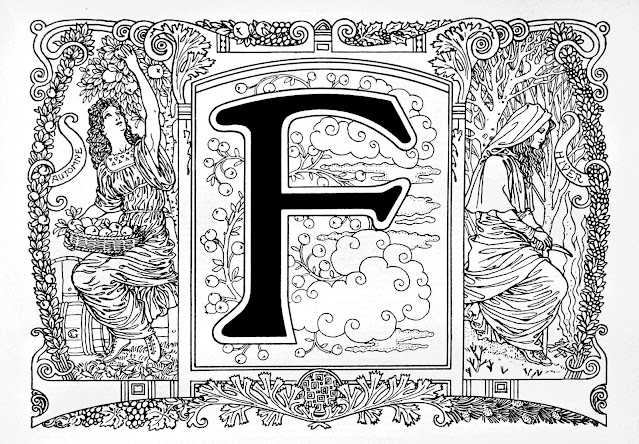 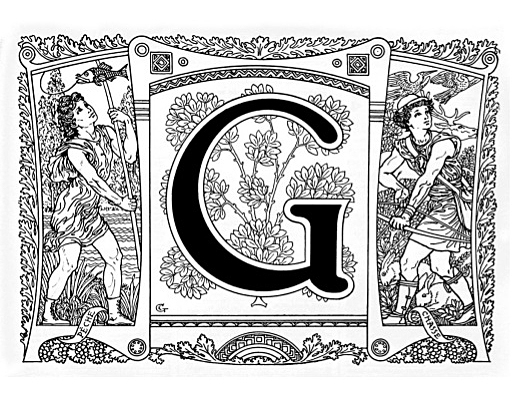 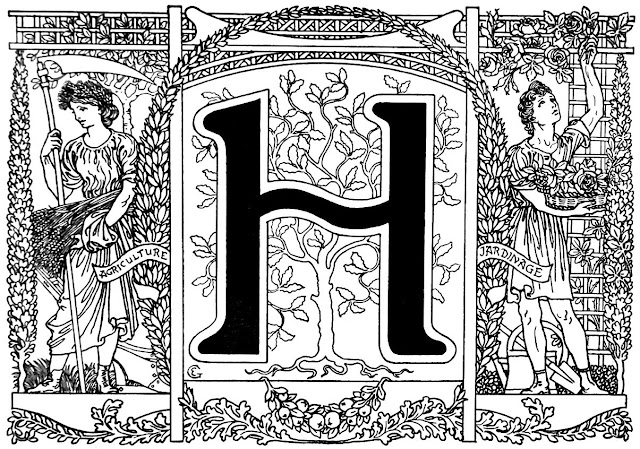 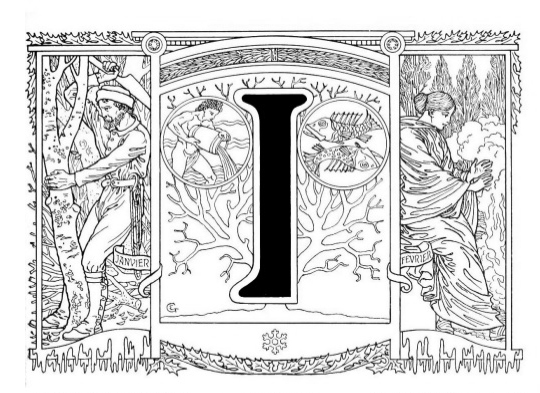 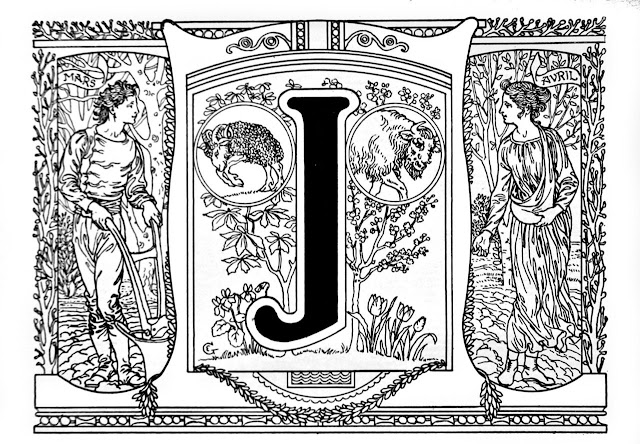 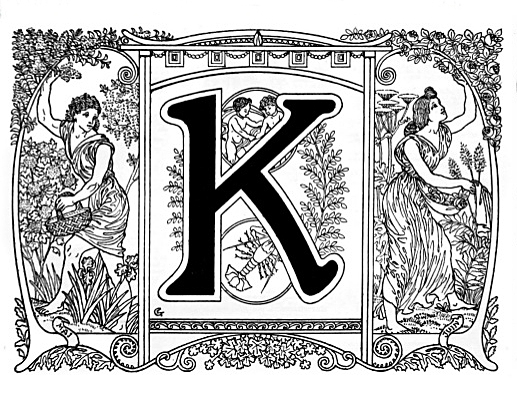 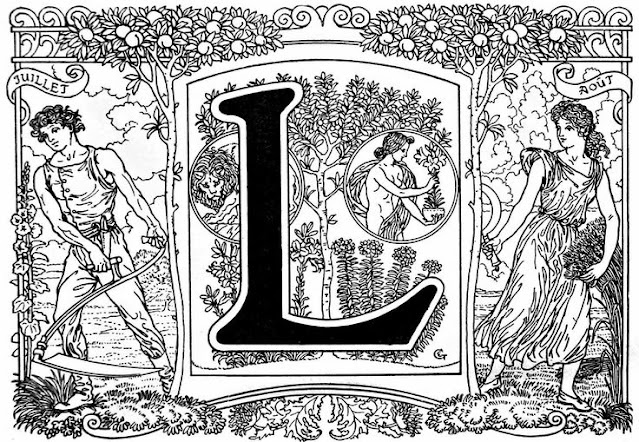 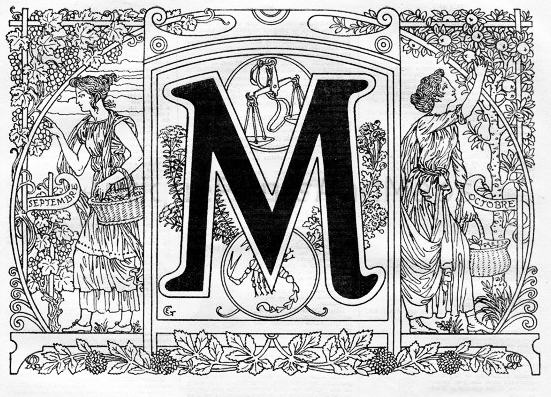 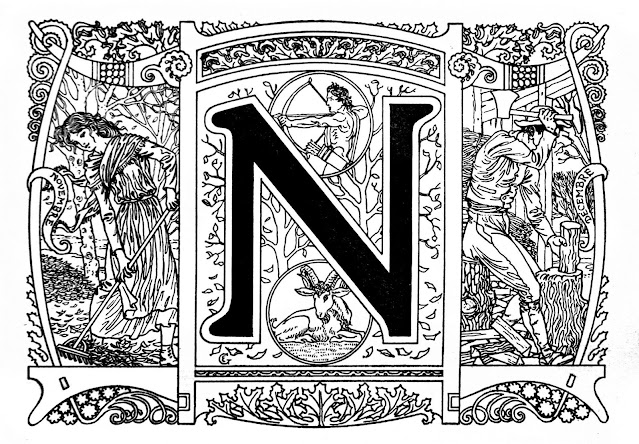 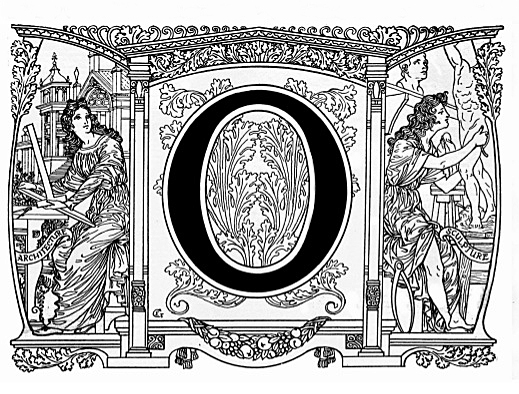 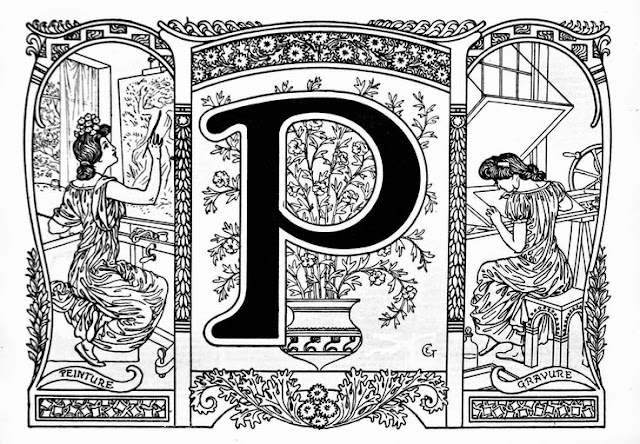 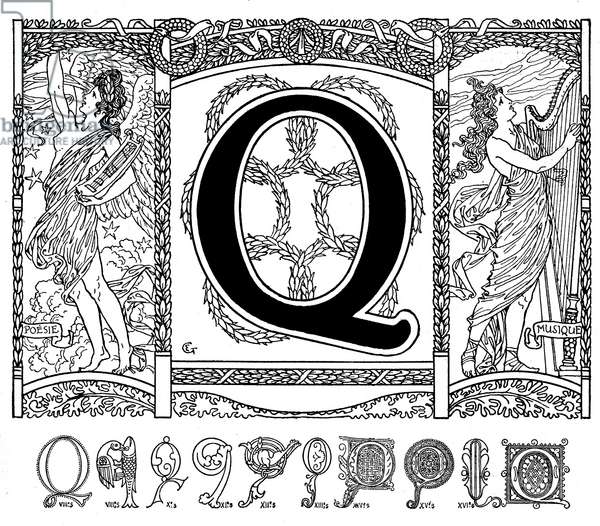 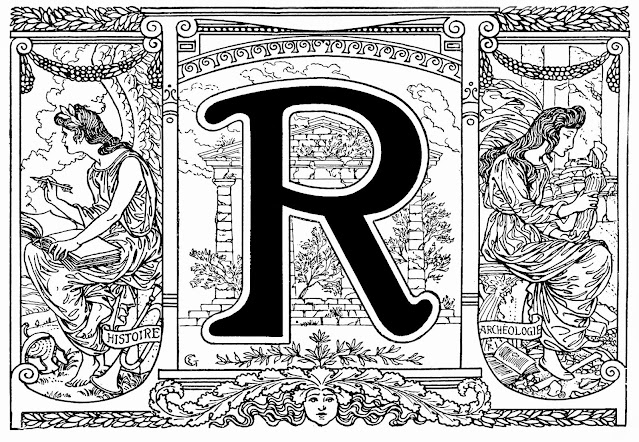 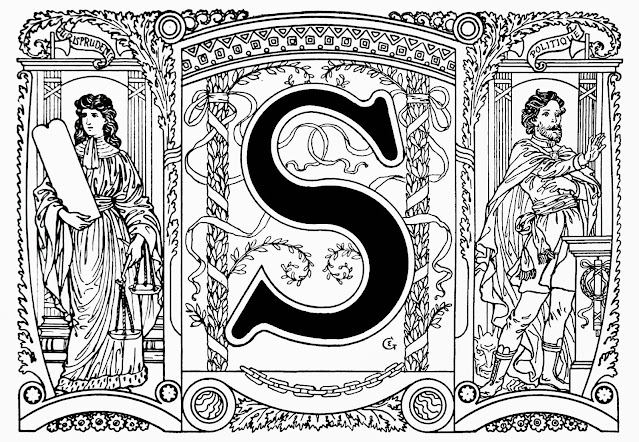 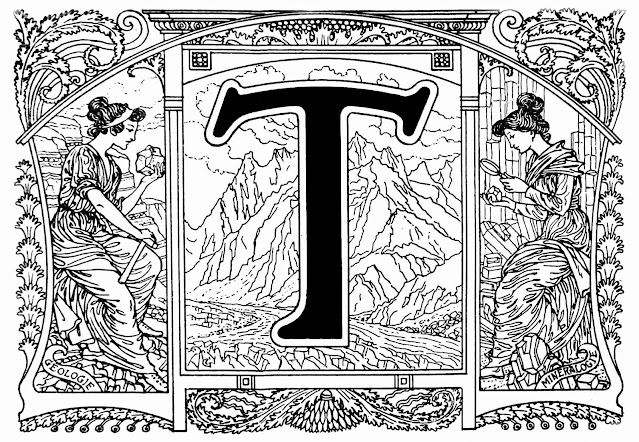 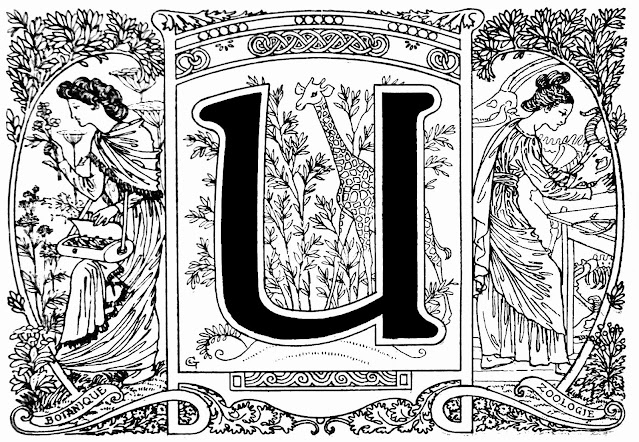 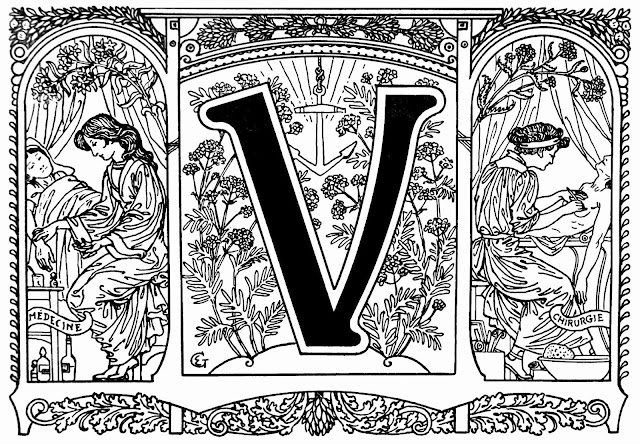 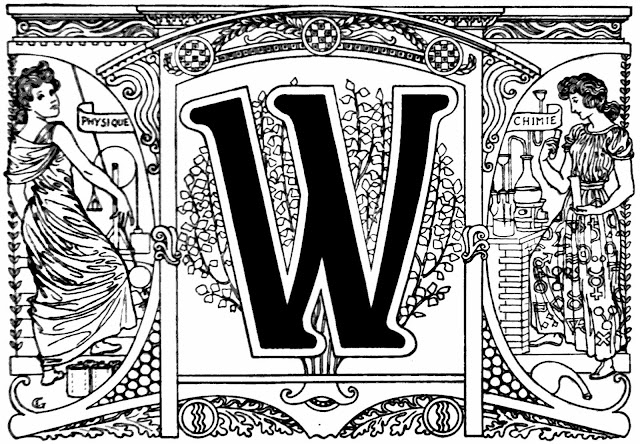 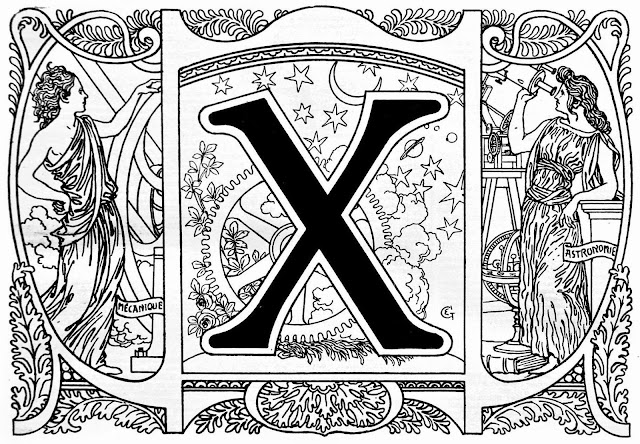 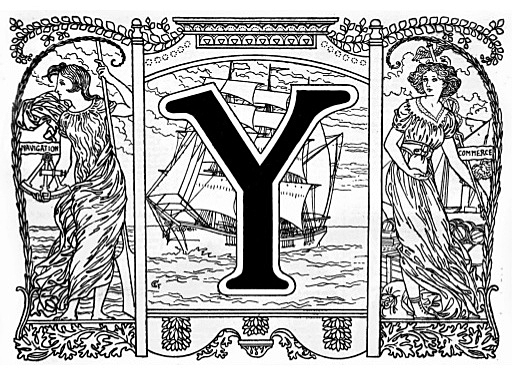 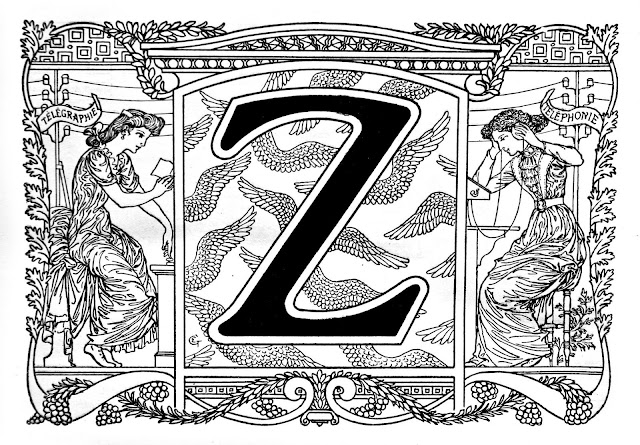