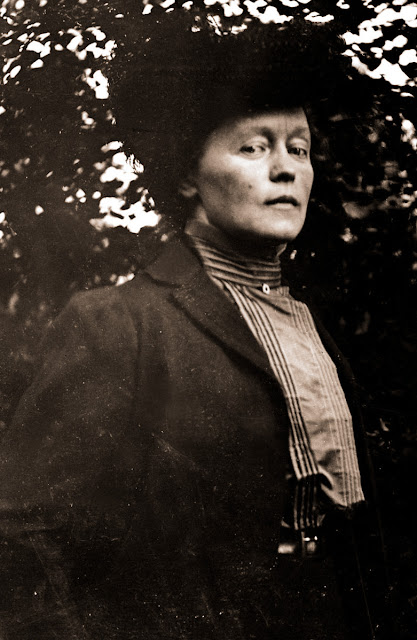 This is part 3 of a 4-part series on the works of Helene Schjerfbeck:

Slashed over, unfinished self-portrait dicovered on the back of "Factory Workers on the way to Work" (see below) in 2003 by paper conservator Päivi Ukkonen. Stamped with a customs mark. The main paintings was displayed for decades without anyone realising this was at the back.