The son of a railwayman, Ronald Searle was born in Cambridge on 3 March 1920, and educated in the town at the Boys' Central School. He started work as a solicitor's clerk, and then joined the hire purchase department of the co-operative Society, studying in the evenings and later full-time at the Cambridge Daily News from the age of fifteen.

Enlisting in the Royal Engineers at the outbreak of the Second World War, he spent time in Kirkcudbright, where he encountered evacuees from St. Trinian's, a progressive girls' school situated in Edinburgh.

This resulted in his first cartoon for Lilliput, published in October 1941, and later developed into one of his most famous creations, through a series of books and their cinematic spin-offs. Remarkably, he survived the horrific experiences of the Changi Camp, Singapore as a Japanese prisoner-of-war and managed to produce a visual record of life in a prison camp.

On his return to England in 1945, he exhibited the surviving pictures at the Cambridge School of Art, and published Forty Drawings. The exhibition and volume together established his reputation as one of Britain's most powerful draughtsmen, and led to several opportunities to record the atmosphere of post-war Europe. He contributed to Punch and these drawings crystallised in, The Female Approach (1949). Throughout the fifties, he produced a large variety of illustrations, which together seemed present a guide to life in Britain in the 1950's.

Such was his success that his rejection of family and country in a move to Paris in 1961 came as a great surprise. However, it offered a fresh start, resulting in several solo shows, including a major exhibitions at the Bibliotheque Nationale, Paris, the Berlin-Dahlem Museum and the Wilhelm-Busch-Museum, Hanover. He also reached a new audience with his contributions to film and television, most notably The Magnificent Men in their Flying Machines (1965). 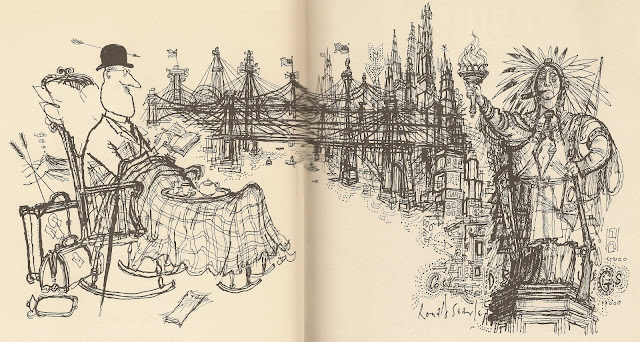 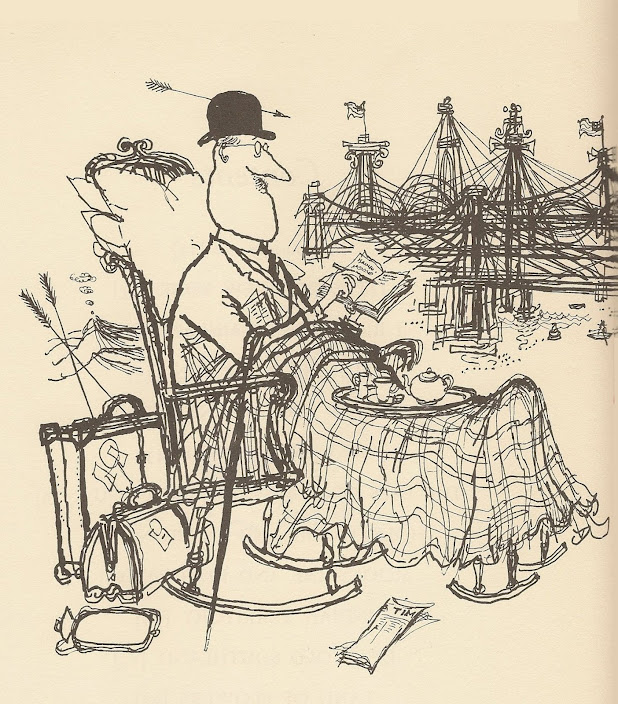 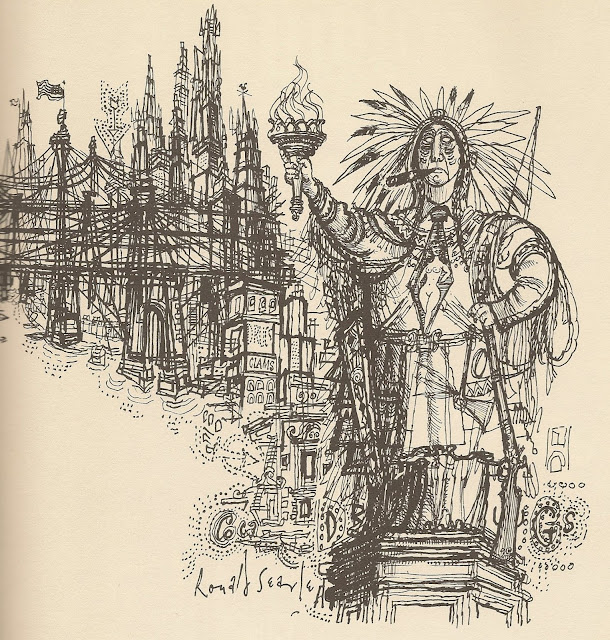 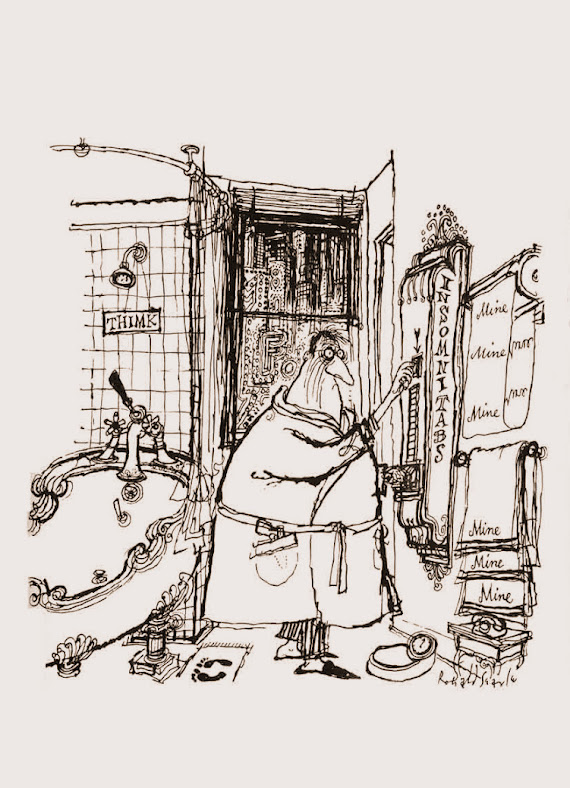 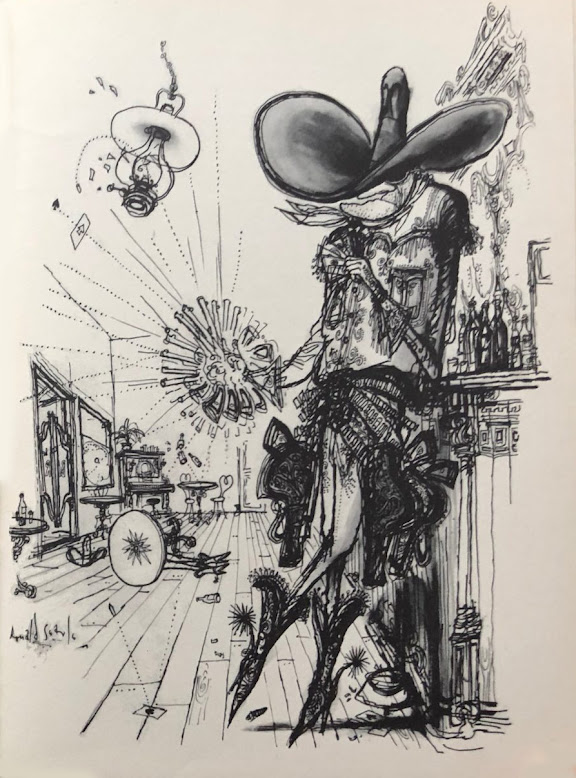 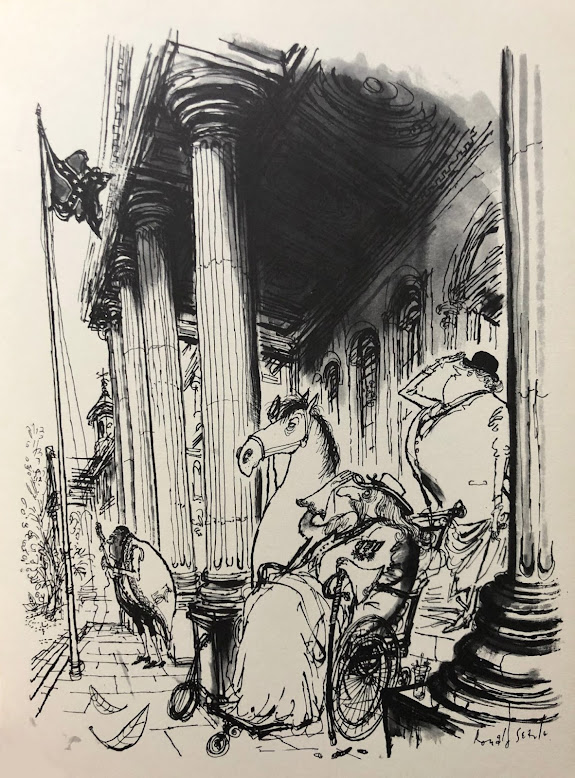 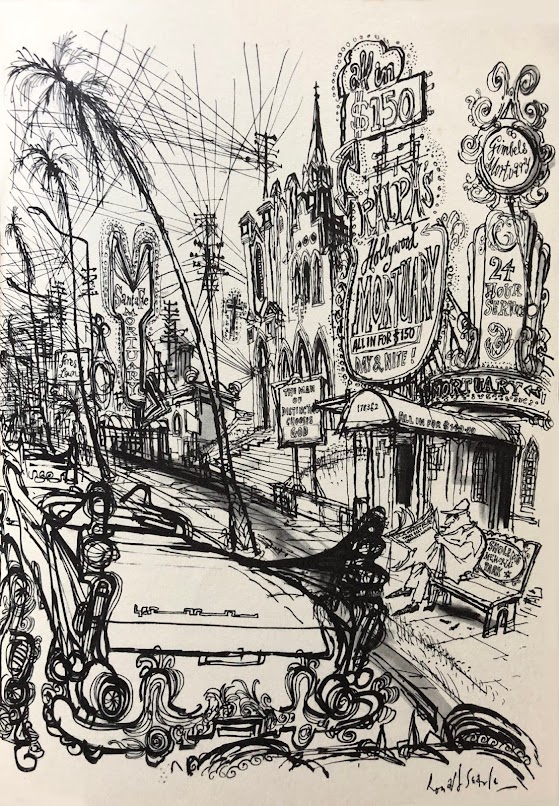 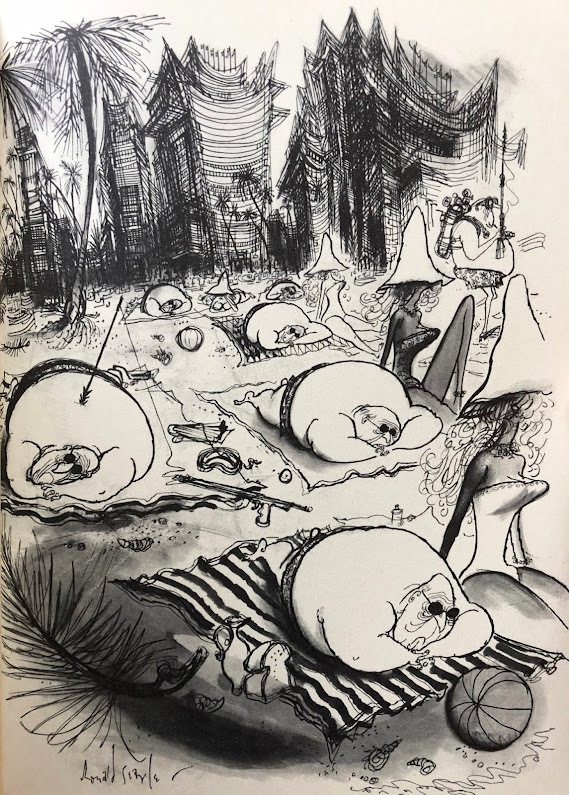 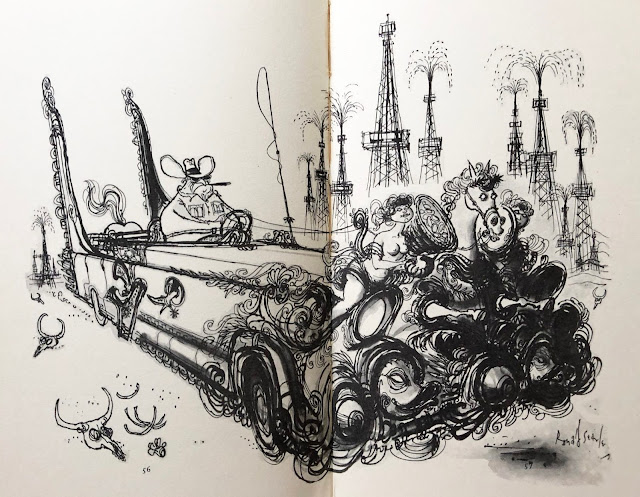 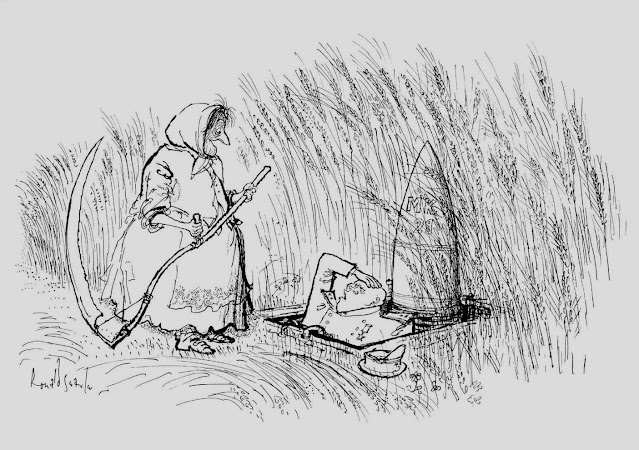