This is part 2 of a 3-part post on the works of Albert Bierstadt (1830 – 1902). Bierstadt was a German-American painter best known for his lavish, sweeping landscapes of the American West. For biographical notes and earlier works by Bierstadt see part 1.

The Oregon Trail is another version of Bierstadt's earlier work 'Emigrants Crossing the Plains' from 1867 (see in part 1). 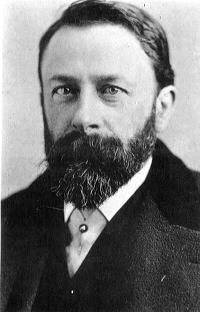 This is part 1 of a 3-part post on the works of Albert Bierstadt (1830 – 1902). Bierstadt was a German-American painter best known for his lavish, sweeping landscapes of the American West. In obtaining the subject matter for these works, Bierstadt joined several journeys of the Westward Expansion. Though not the first artist to record these sites, Bierstadt was the foremost painter of these scenes for the remainder of the 19th century.

Bierstadt was part of the Hudson River School though not an institution but rather an informal group of like-minded painters. The Hudson River School style involved carefully detailed paintings with romantic, almost glowing lighting, sometimes called luminism. An important interpreter of the western landscape, Bierstadt, along with Thomas Moran is also grouped with the Rocky Mountain School.

Bierstadt was born in Solingen, Germany. His family moved to New Bedford, Massachusetts in 1833. He developed a taste for art early and made clever crayon sketches in his youth. In 1851, he began to paint in oils. He studied painting with the members of the Düsseldorf School in Germany from 1853 to 1857. He taught drawing and painting briefly before devoting himself to painting.

Bierstadt began making paintings in New England and upstate New York. In 1859, he traveled westward in the company of Frederick W. Lander, a land surveyor for the U.S. government, returning with sketches that would result in numerous finished paintings. In 1863 he returned west again, in the company of the author Fitz Hugh Ludlow, whose wife he would later marry. He continued to visit the American West throughout his career.

Though his paintings sold for princely sums, Bierstadt was not held in particularly high esteem by critics of his day. His use of uncommonly large canvases was thought to be an egotistical indulgence, as his paintings would invariably dwarf those of his contemporaries when they were displayed together. The romanticism evident in his choices of subject and in his use of light was felt to be excessive by contemporary critics. His paintings emphasized atmospheric elements like fog, clouds and mist to accentuate and complement the feel of his work. Bierstadt sometimes changed details of the landscape to inspire awe. The colours he used are also not always true. He painted what he believed was the way things should be: water is ultramarine, vegetation is lush and green, etc.

Nonetheless, in 1860 he was elected a member of the National Academy; he received medals in Austria, Bavaria, Belgium, and Germany; and his paintings remain popular. He was a prolific artist, having completed over 500 (possibly as many as 4000) paintings during his lifetime, most of which have survived. Many are scattered through museums around the United States.

In 1882 his studio at Irvington, New York was destroyed by fire, along with many of his pictures. He died in 1902.

Bierstadt's painting offers a sweeping view of Lake Lucerne with the village of Brunnen in the middle distance and the alpine peaks Ematten, Oberbauen, Uri-Rotstock and St. Gotthard in the distance. Though an image of mountain grandeur, Lake Lucerne also contains numerous pastoral vignettes - a harvest scene near the center, a religious procession at the right, and a gypsy camp at the left.

One year after completing Lake Lucerne, Bierstadt travelled to the Rocky Mountains for the first time. During the decade that followed he produced the western landscapes that brought him his greatest success. These views of the west, so often described as distinctly American, were born of Bierstadt's experience abroad and frequency duplicate the composition of the first of his large-scale landscapes, Lake Lucerne.


This painting is the major work that resulted from the artist's first trip to the West. His intention to create panoramic views of the American frontier was apparent by December 1858, just before he embarked on the trip. In early 1859 he accompanied a government survey expedition, headed by Frederick W. Lander, to the Nebraska Territory. By summer, the party had reached the Wind River Range of the Rocky Mountains in what is now Wyoming. Bierstadt dubbed the central mountain in the picture Lander's Peak following the colonel's death in the Civil War. This was one of a number of large works painted after Bierstadt's return from these travels. It was completed in 1863, exhibited to great acclaim, and purchased in 1865 for the then-astounding sum of $25,000 by James McHenry, an American living in London. Bierstadt later bought it back and gave or sold it to his brother Edward.

Over three years later Bierstadt was reported to be working on a large painting representing an emigrant train on its way across the Plains. Emigrants Crossing the Plains (1867, National Cowboy Hall of Fame, Oklahoma City) was finished by November 27, 1867 and went on exhibit in a San Francisco art gallery. It was sold a year later to Amasa Stone of Cleveland, Ohio. The Oregon Trail is identical in subject to the Oklahoma City painting but only one-half its size. It could have been painted during Bierstadt's European sojourn from 1867 to 1869 when he took studios in London, Rome, and Paris, showed Rocky Mountain pictures to Queen Victoria, and made pictures of the American West popular in Europe and Britain. The Butler Institute picture, probably painted after the artist's return to America, was bought in Washington, D.C. from the artist and descended in the same family until 1946.