Rauschenberg was both a painter and a sculptor but he also worked with photography, printmaking, papermaking, and performance art.

By the mid 1950s, Rauschenberg was making the wild assemblages and collaged multimedia works in which non-traditional materials and objects were employed in innovative combinations. These ‘Combines’ as they were known, are my personal favourites amongst his works – it’s possible to see ideas and elements emerging that would later influence artists like David Hockney and Peter Blake in their formative years.

In 1955 he moved into a studio in the same neighborhood as Jasper Johns. In 1958 he had his first exhibition at the Leo Castelli gallery
In 1959 he was represented at the documenta 2, Kassel, and at the Paris and São Paulo Biennales.
In 1962 he first used the technique of silkscreen on canvas, mixed with painting, collage and affixed objects. In 1963 he was given his first retrospective exhibition in Europe at the Galerie Sonnabend, Paris, also shown at the Jewish Museum, New York. In 1964 he had a retrospective at the Whitechapel Gallery, London, and won the Grand Prix at the Venice Biennale.

By the 1970s, Rauschenberg began his now signature procedure of building visual fields from collisions of appropriated media images: snippets from magazines, newspapers and trashy pulp fiction - silk-screened and manipulated to blend and battle on fabric, canvas, metal and glass, you name it.
Rauschenberg’s work gave new meaning to sculpture. Canyon for instance, consisted of a stuffed bald eagle attached to a canvas. Monogram was a stuffed goat girdled by a tyre sitting on a painted panel. Bed entailed a quilt, sheet and pillow, covered in paint. All became icons of post-war modernism. 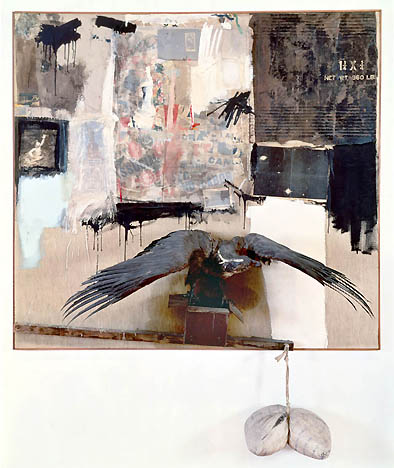 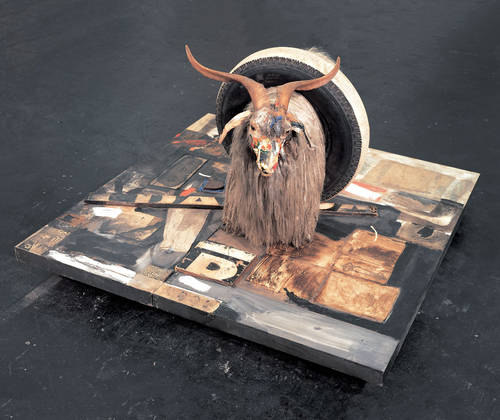 Rauschenberg once said “I really feel sorry for people who think things like soap dishes or mirrors or Coke bottles are ugly, because they’re surrounded by things like that all day long, and it must make them miserable.”

A large retrospective of his work was shown in several American cities from 1976-78. In 1980 he had retrospectives at Berlin, Düsseldorf, Copenhagen, Frankfurt, Munich and London. In 1981 his photographs were shown at the Pompidou Centre in Paris. He was awarded the National Medal of Arts in 1993.

Robert Rauschenberg died aged 82 at his home on Captiva Island, Florida, in 2008. 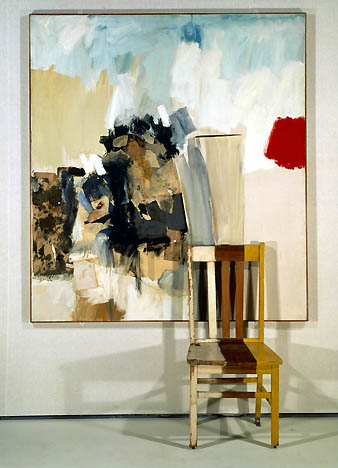 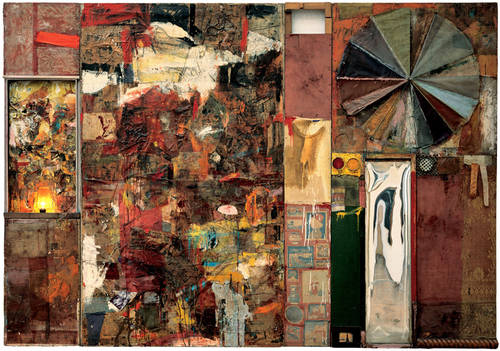 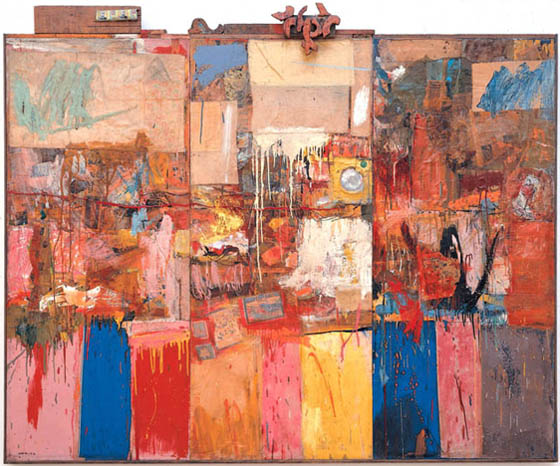 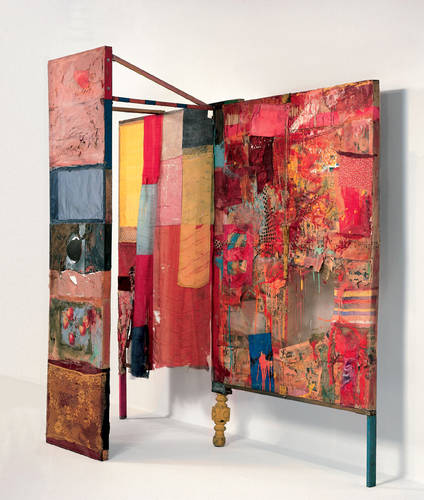 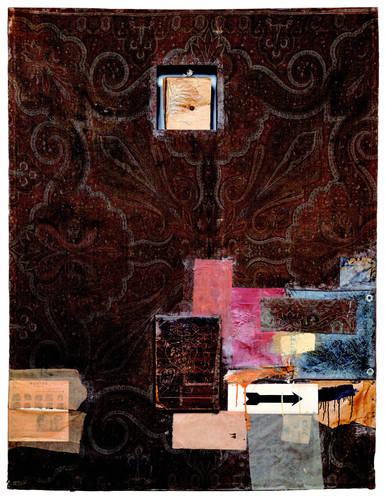 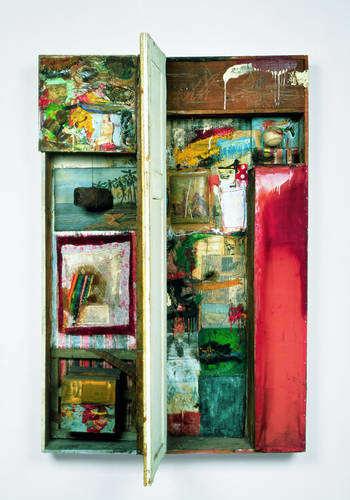 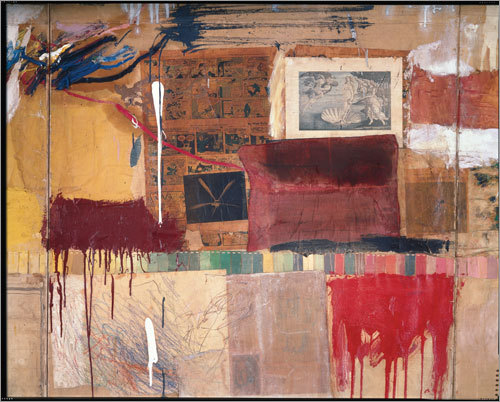 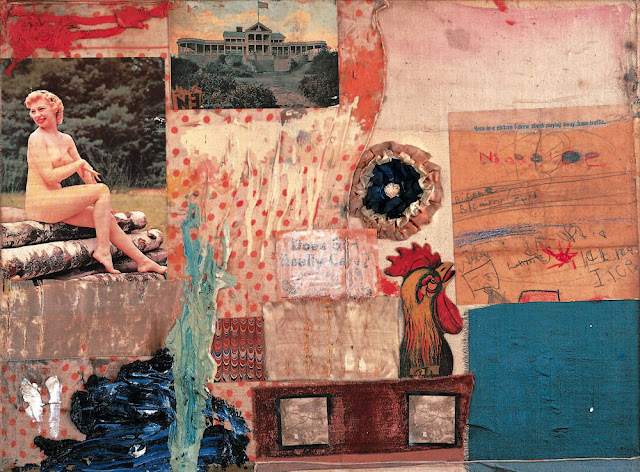 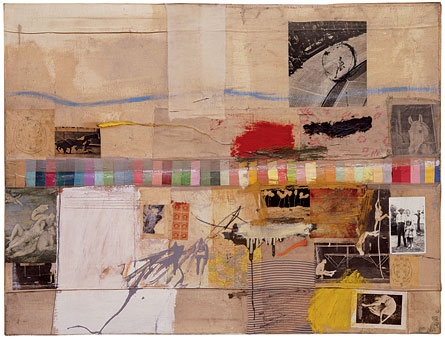 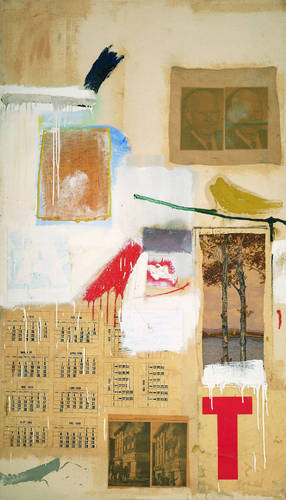 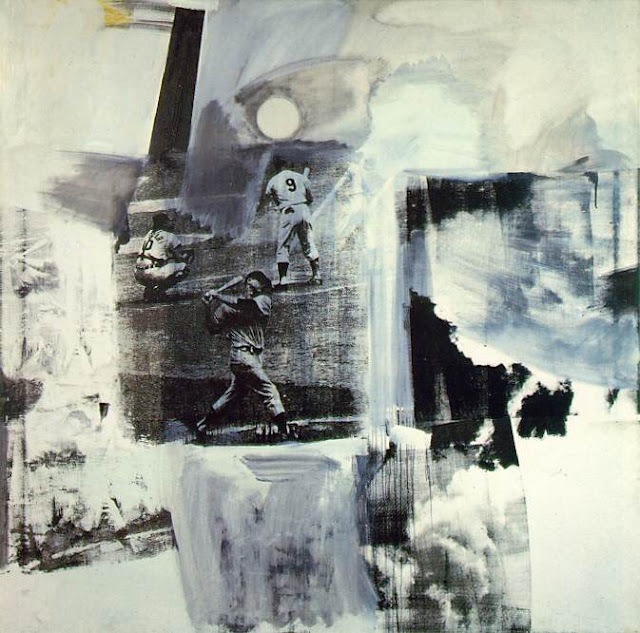 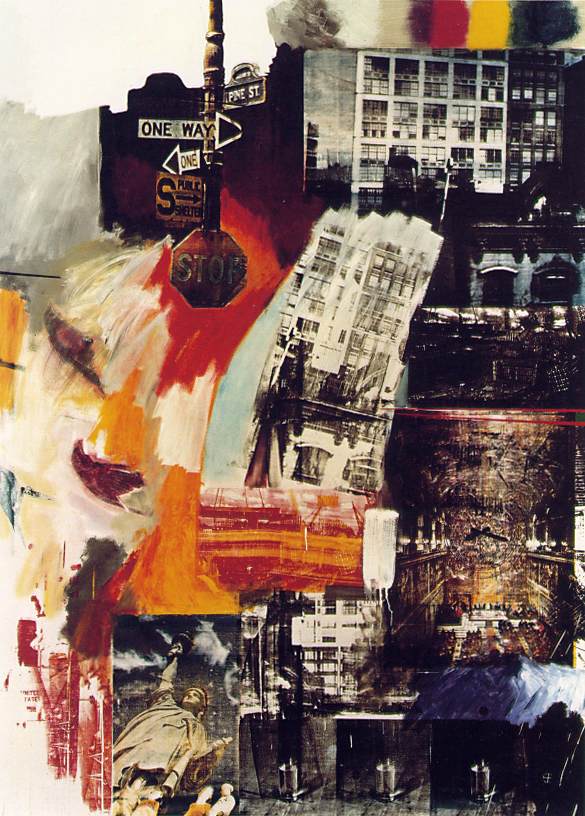 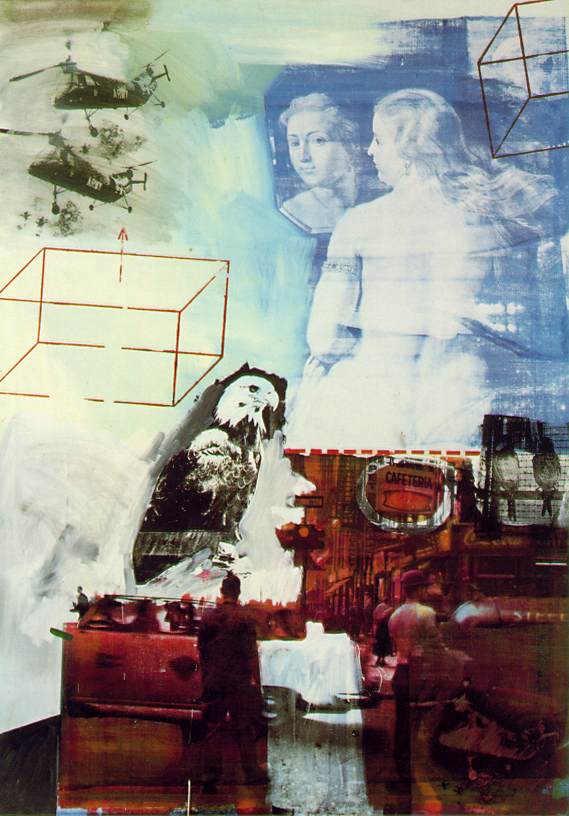 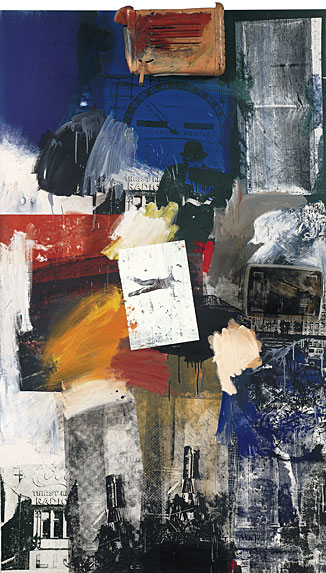 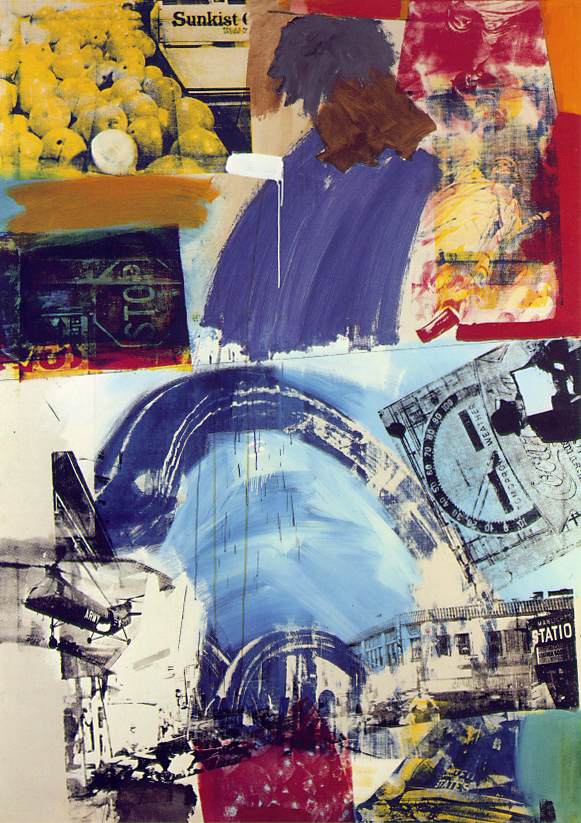 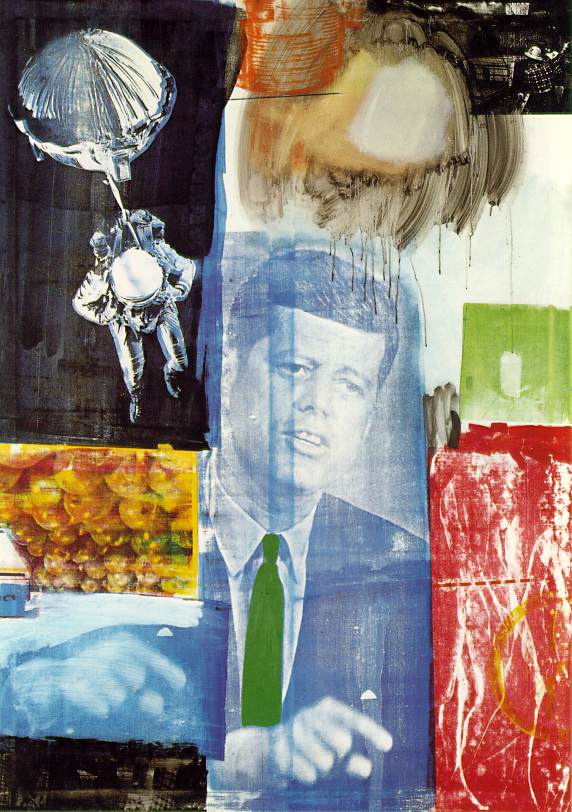 1964 Retroactive I (oil and silkscreen ink)