An abstract and figure painter, Mainie Jellett started to take watercolour lessons as a young girl, later working under Sarah Cecilia Harrison and May Manning. She entered the Dublin Metropolitan School of Art in 1914 while William Orpen was teaching there. Three years later she went to study at the Westminster Art School in London with Walter Sickert. It was there that she met Evie Hone who became a life-long friend. In 1920 she won the Taylor Scholarship and this money allowed her to travel to Paris with Hone where they worked in André Lhote’s studio. Here they got their first taste of Cubism, however, after a while they both decided to move into the realm of pure abstract painting and transferred to work with Albert Gleizes. On her return to Ireland, Jellett continued to visit him during the summer for the next ten years. In Dublin she gave painting lessons from her home and began to exhibit her cubist paintings which received hostile criticism from George Russell.

During the 1920s she exhibited regularly at the Dublin Painter’s Gallery while also showing at several exhibitions in Paris. Her art developed a greater realism in the 1930s and also became more religious in subject matter. She exhibited at the RHA from 1930 to 1937 while at the same time contributing to the Watercolour Society of Ireland until 1943. She became a leader in the modern movement in Ireland and joined the avant-garde group of painters, the White Stag in 1940, regularly lecturing and exhibiting with them. She exhibited in the first ever Irish Exhibition of Living Art where she had been appointed chairman but was unable to attend as she fell ill and died a short time later. Her works are in all the major Irish collections.

This is part 2 of 4 parts on the works of Mainie Jellett: 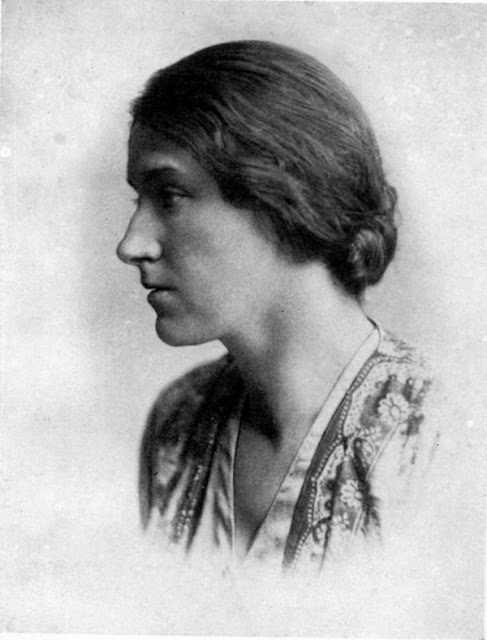 Mary Harriet "Mainie" Jellett (29 April 1897, Dublin – 16 February 1944, Dublin) was an Irish painter whose Decoration (1923) was among the first abstract paintings shown in Ireland when it was exhibited at the Society of Dublin Painters Group Show in 1923.

Jellett was born on 29 April 1897 at 36 Fitzwilliam Square, Dublin, the daughter of William Morgan Jellett, a barrister and later MP, and Janet McKenzie Stokes. Her aunt was a pioneering woman doctor working in India, Eva Jellett.

Jellett's art education began at a young age, when she received painting lessons from Elizabeth Yeats, Sarah Celia Harrison and from Miss Manning who had a studio on Merrion Row, and whose influence on Irish Artists of the time was considerable.

She later studied at the Metropolitan School of Art in Dublin (her teachers included William Orpen, and his influence is apparent in her work from this period ) . Despite her artistic talent, she was still undecided about her future, and at this time was taking regular piano lessons with a view to becoming a concert Pianist.

Her decision to become a painter was made after working under Walter Sickert at the Westminster Technical Institute in London, where she enrolled in 1917 and remained until 1919. She showed precocious talent as an artist in the impressionist style. In 1920, she won the Taylor Art Scholarship worth £50. The same year she submitted work to the annual exhibition of the Royal Hibernian Academy.

In 1921, along with her companion Evie Hone moved to Paris, where, working under André Lhote and Albert Gleizes she encountered cubism and began an exploration of non-representational art. After 1921 she and Evie Hone returned to Dublin but for the next decade they continued to spend part of each year in Paris.

In a 1943 essay entitled 'Definition of my Art' Jellett describes her art has having three revolutions inspired by her teachers; the first credited to Walter Sickert, the second to André Lhote and the third to Albert Gleizes.

In 1923, she exhibited two cubist paintings at the Dublin Painters' Exhibition. The response was hostile, with the Irish Times publishing a photograph of one of the paintings and quoting their art critic as saying of them 'to me they presented an insoluble puzzle'. The following year, she and Evie Hone had their first joint exhibition.

A deeply committed Christian, her paintings, though strictly non-representational, often have religious titles and often resemble icons in tone and palate. In Irish Art, a Concise History Bruce Arnold writes that Jellett was an important figure in Irish art history, both as an early proponent of abstract art and as a champion of the modern movement. Her painting was often attacked critically but she proved eloquent in defense of her ideas. Along with Evie Hone, Louis le Brocquy, Jack Hanlon and Norah McGuinness, Jellett co-founded the Irish Exhibition of Living Art in 1943. Jellett died on 16 February 1944, aged 46, of pancreatic cancer.

This is part 1 of 4 parts on the works of Mainie Jellett: