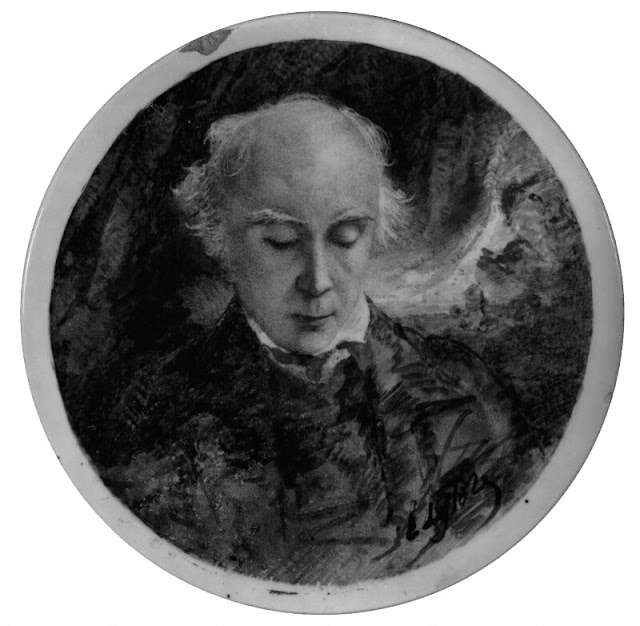 English painter and printmaker Thomas Shotter Boys was a landscape watercolourist and an innovative force in the history of lithography. He is best known for his two sets of lithographs, one of views of Paris and other cities, and the other views of London. He was born in Pentonville, then a northern suburb of London, in 1803. Nothing is known about his early life. At the age of fourteen he was apprenticed to the engraver George Cooke (1781-1834), one of a family of successful engravers. The earliest surviving work by Boys is a drawing from 1819. He made 194 drawings engraved by Cooke for the twenty-volume “Botanical Cabinet” (1817-1833) by the botanist Conrad Loddiges (ca. 1743-1826), starting during his apprenticeship, and continuing after the apprenticeship ended in 1823.

Sources differ as to the year Boys went Paris to work as an engraver. One 19th century scholar wrote that Boys went to Paris in 1825. However, Boys published an etching in Paris in 1823 and made a wood engraving of a Parisian view dated 1824, leading later scholars to think he arrived in 1823. He met the English watercolourist Richard Parkes Bonington in Paris, who introduced Boys to his circle of artists and patrons, including Eugène Delacroix (1798-1863). Although he continued to work as an engraver, exhibiting reproductive engravings at the Paris Salon in 1827-28, his friend Bonington introduced Boys to watercolour. Boys’s reputation has suffered from the misconception that he was merely an imitator of Bonington. While Boys was clearly influenced by Bonington hewent on to establish his own justly-praised style.

Soon after Bonington’s death in 1828, Boys completed a soft-ground etching of a view of Bologna which had not been completed by Bonington; Boys had it published in London later that year. In 1833 Boys began creating lithographs for the Languedoc and Picardie volumes of Baron Isidore Justin Taylor’s (1789-1879) series “Voyages pittoresques et romantiques dans l’ancienne France” (1820-1875), a project Boys worked on until 1845. He provided etchings and lithographs for other travel books as well.

Boys continued painting watercolour views of Paris and its environs and other cities during the 1830s, and exhibited his watercolours at the Paris Salons of 1833-1835. He apparently travelled to Brussels, Austria, Bohemia, Italy and Germany, probably during the 1830s, based on surviving drawings of scenes in those countries. Boys returned in England in 1837, probably to create lithographs based on drawings made during their travels by David Roberts, Clarkson Stanfield, and George Vivian, for books published for those artists. Probably inspired by the books he had illustrated and Thomas Girtin’s (1775-1802) well-known “Picturesque Views of Paris and its Environs” (1803), Boys created a set of twenty-six colour lithographs, “Picturesque Architecture in Paris, Ghent, Antwerp, and Rouen,” printed by the London printer Charles Hullmandel and published by Boys’s cousin Thomas Boys (1794-1877) in 1839.

These works, based on watercolours and drawings Boys had made previously, mark him as the first artist to utilise registered stones for printing lithographs in complicated colour arrangements, an original and innovative development in lithography.

The works received rave reviews in London and Paris. The publisher Thomas Boys arranged for a set to be given to the French King Louis Philippe, who in return gave him a ring engraved with the initials “L.P.” and decorated with the crown of France in diamonds, which was then given to the artist (and as of 1974 was owned by one of Boys’s descendants). Boys next created a set of ten views of York, lithographs in black with beige tint from a second lithographic stone, published in 1841. Then he created his second famous set of twenty-six views, “Original Views of London As It Is,” printed by Hullmandel with a black and a tint stone, and published in 1842 by his cousin Thomas Boys. When the artist presented a set of these prints to King Louis Philippe, he received to a watch. Boys continued to paint and exhibit landscapes in watercolours. He was made an associate member of the New Society of Painters in Water-colours in 1840 and was elected a full member the following year. However, his career declined precipitously, and he was forced to take hack-work engraving commissions, such as illustrations for art history books by John Ruskin (1819-1900). In search of work, he advertised in a builders’ magazine in 1851 that he was available to do architectural renderings. Boys died in poverty in 1874.

This is part 1 of a 3-part series on the works of Thomas Shotter Boys (apologies for anomalies in captioning - a program glitch):

Series on Picturesque Architecture in Paris, Ghent, Antwerp and Rouen continues in part 2.
Posted by Poul Webb at 14:14