One of the ‘founding fathers’ of pop art, Jasper Johns was born in Augusta, Georgia in 1930. In 1947- 48 he studied art at the University of South Carolina, but soon moved to New York where he did an apprenticeship as a commercial artist. In 1951-52 he had to serve his time in the army. Back in New York he earned a living doing odd jobs.

In 1954 Johns met the artist Robert Rauschenberg when together they decorated the shop window of Tiffany’s. They became lovers, and Rauschenberg soon had great influence on Johns’ own work. In the 1950s he makes the first ‘Flag’, ‘Target’, and ‘Number’ artworks. In 1958 his first one-man show was held at the Leo Castelli gallery in New York.

Works from those days are dominated by the motif of the American flag and the target, but also numbers and letters, the images that Johns is most famous for. Like Rauschenberg, Johns picks the issue of the ambiguity of symbols in a consumer society as the central motif of his work - symbols that are deprived of their symbolic function by their daily reproduction by mass media. Johns soon began to use the ancient technique of encaustic, which he applied to his newspaper collages.

He is best known for his painting Flag (1954-55) which he painted after having a dream about the American flag. His work is often described as a Neo-Dadaist, as opposed to Pop Art, even though his subject matter often includes images and objects from popular culture. Still, most compilations on Pop Art include Jasper Johns because of his artistic use of classical iconography. 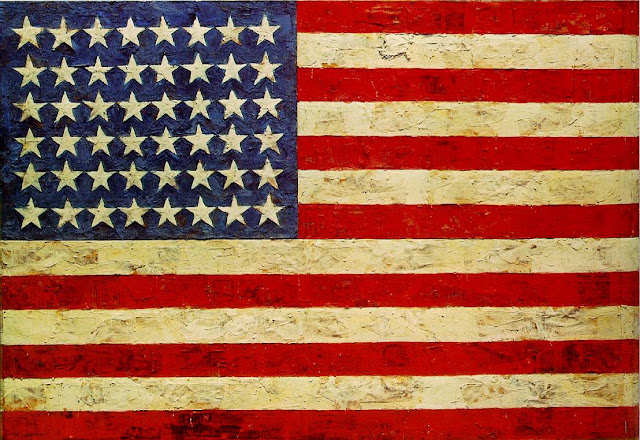 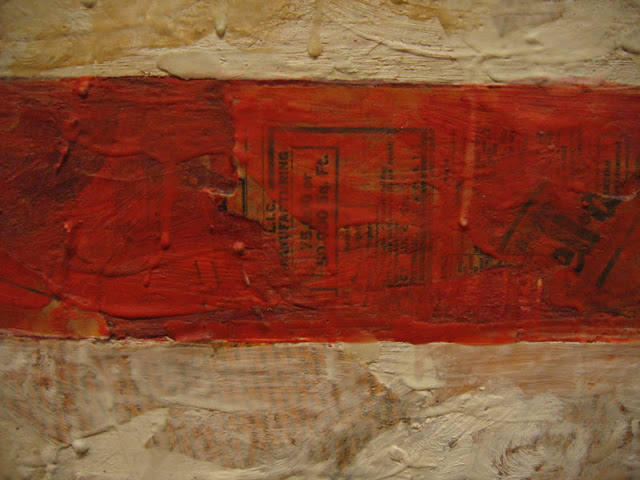 Detail of Flag 1954-55 showing use of encaustic (the use of hot wax), oil, and collage on fabric mounted on plywood (three panels). Now in the Museum of Modern Art, New York.

In the late 1950s he also worked on sculptures, casting and painting everyday banal objects like beer cans or light bulbs. In the 1960s he made assemblages, integrating real objects or casts of body parts into his panels. His range of elements expanded over the following year, his works become more and more complex and, full of details alluding to private events or art history.

In 1988 he was awarded the Grand Prize for Painting at the Venice Biennale. In 1989 he was appointed honorary member of the Royal Academy in London. The Museum of Modern Art in New York held a large retrospective in 1996.

Footnote: In 1999, Jasper Johns guest-starred in the animated television series The Simpsons, as himself. In the episode “Mom and Pop Art”, Homer Simpson is hailed as an “outsider artist” after an art dealer discovers Homer's mangled brick barbecue grill, and Johns attends one of his exhibitions. Johns is portrayed as a kleptomaniac, constantly stealing food items, lightbulbs, a motorboat, and Marge’s painting of the flooded town. 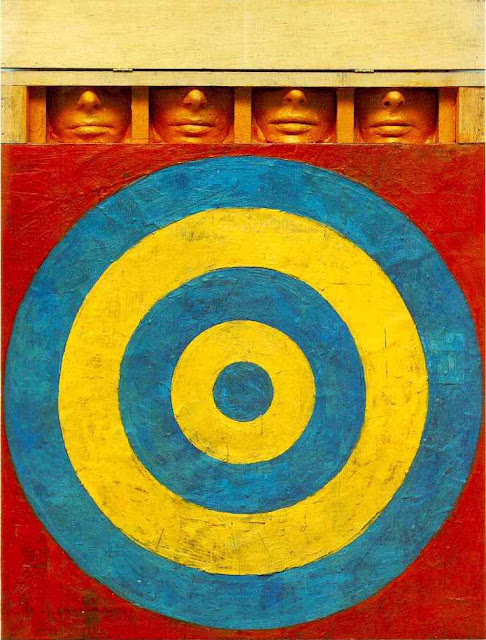 Jasper Johns and Robert Rauschenberg both incorporated images taken from popular culture into a fine art context, and English pop artist Peter Blake has acknowledged their example. This work refers to Johns's work in particular. Whereas Johns had taken a familiar object - a target - and executed this motif on the canvas in a painterly style, Blake took this further by using a real archery target purchased from a sports shop. The work of art is consequently less like a painting and is even closer to the real world. Blake thus questions: is this 'The First Real Target'? 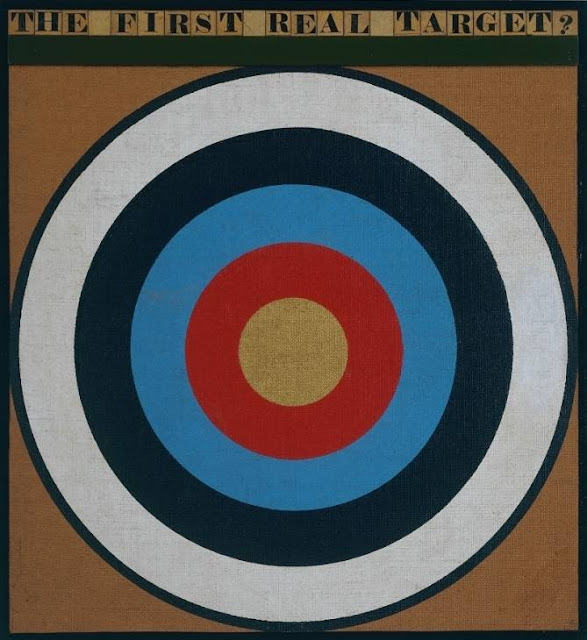 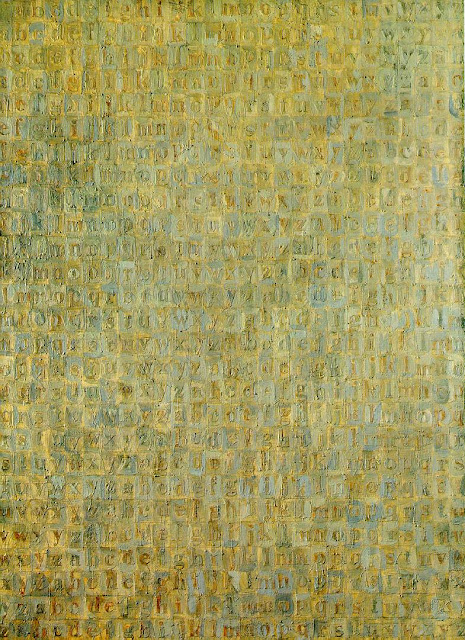 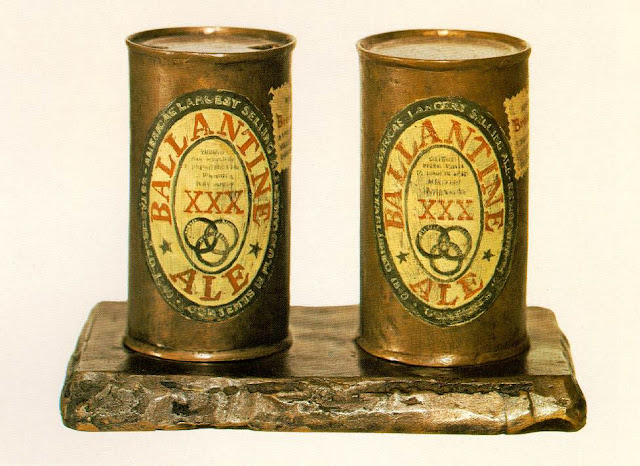 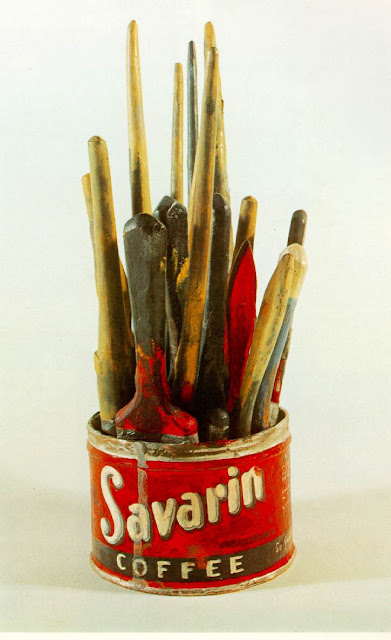 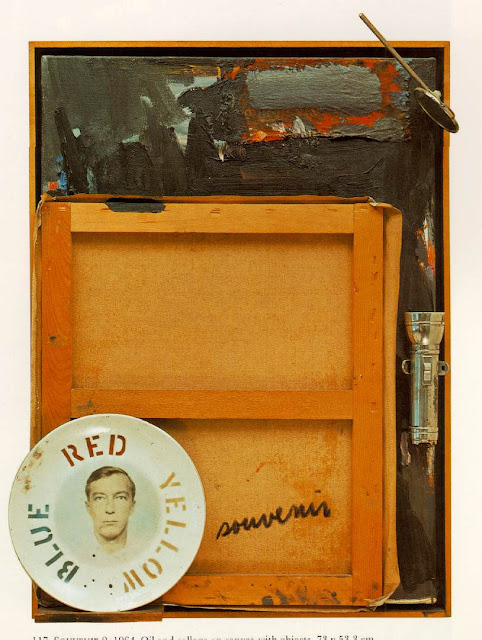 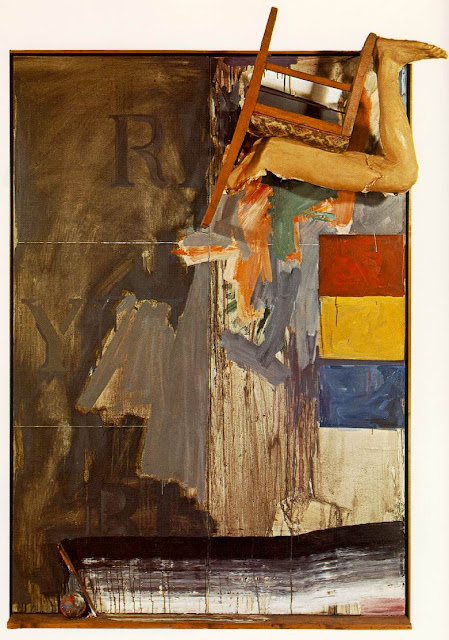 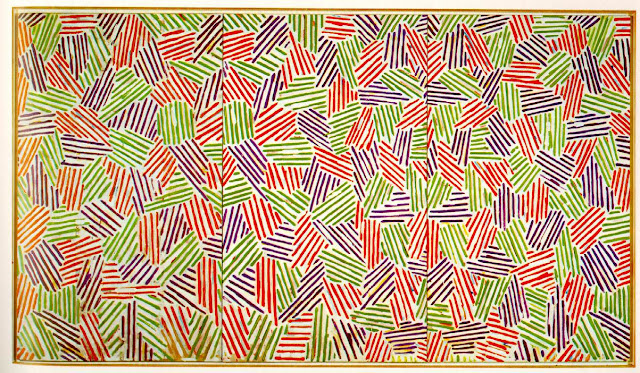 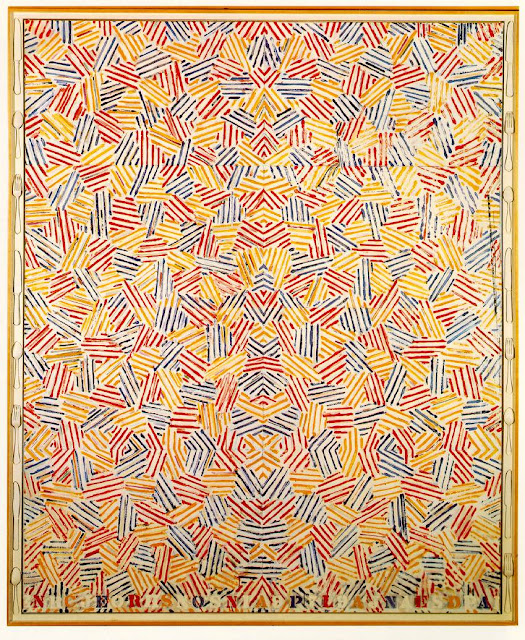 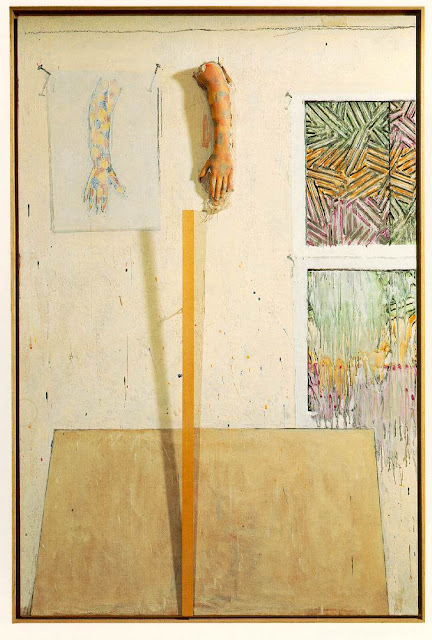 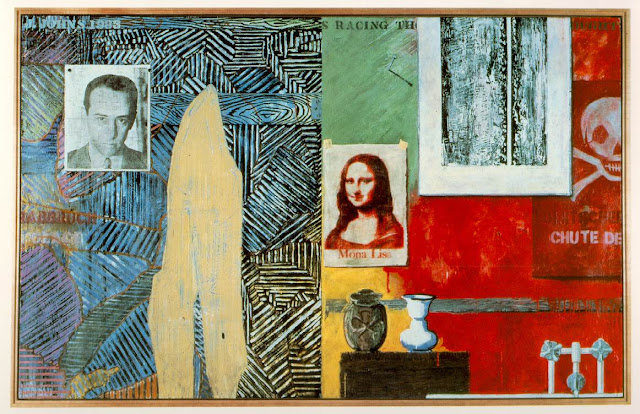 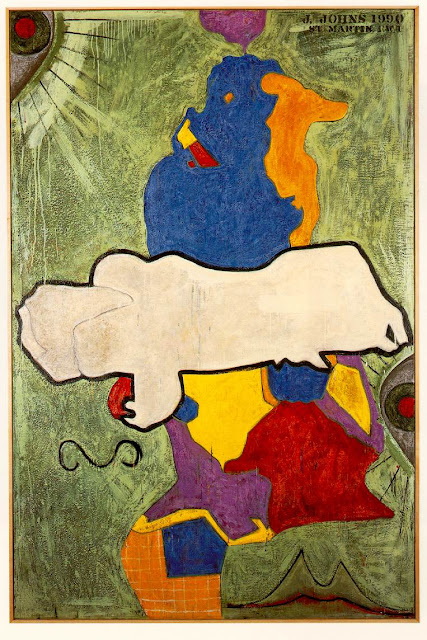