Travel posters are an ever-popular aspect of graphic design. I thought I would feature a broad spectrum of posters from the first half of the C20th, the golden age of the travel poster probably being associated with the 1920s and 1930s with posters by artists like Roger Broders, featuring sunny Mediterranean scenes.

This is part 4 of an 8 - part post on vintage travel posters. For earlier works see parts 1 - 3 also.


Peter Maxwell Ewart
Peter Maxwell Ewart (1918 - 2001) was a Canadian painter. Born in Kisbey, Saskatchewan, his family moved to Montreal in 1920 where he was educated. In 1938 he attended the Commercial Illustration Studio of New York City. On returning to Montreal in 1939 Ewart sold his first work to the Exhibits Branch of the Canadian Pacific Railway who commissioned him to produce a ski poster in 1939. In the next two decades he completed 24 posters for CPR and Canadian Pacific Airlines. 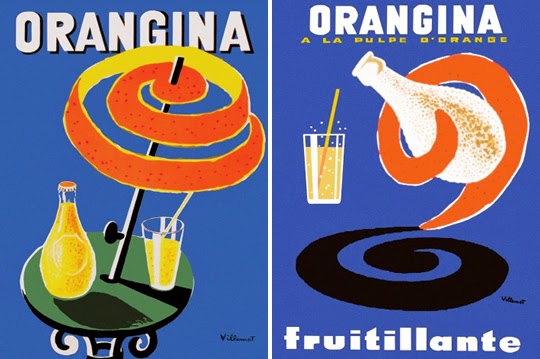 Bernard Villemot (1911 - 1989) was a French graphic artist known primarily for his iconic advertising images for Orangina, Bally shoes, Perrier, and Air France. Between 1932-34 he studied in Paris with artist Paul Colin, who was considered a master of Art Deco. In 1945-46 Villemot did posters for the Red Cross. In the late 1940s he began his famous series of travel posters for Air France.