This is part 2 of a 12-part series on the works of Alfred Sisley: 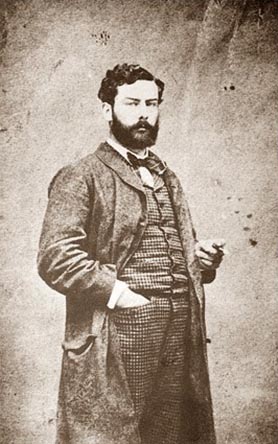 Alfred Sisley (1839 – 1899) Impressionist landscape painter, born in Paris of expatriate English parents (but had a French grandmother). Was sent to London for four years to prepare for a commercial career. Then turned to painting and in 1862 entered the studio of Gleyre, where he met Renoir, Monet and Bazille. He and his friends left about five months later and began to paint out of doors, directly from nature, in the region of Paris and in the Forest of Fontainebleau. Exhibited with the Impressionists in 1874, 1876, 1877 and 1882, and had his first one-man exhibition at La Vie Moderne, Paris, in 1883.

After working at Louveciennes, Marly-le-Roi, Sèvres and elsewhere on the outskirts of Paris, he settled in 1880 near Moret-sur-Loing, and painted  most of his late works there. Also worked in Britain in 1874 (especially around Hampton Court) and 1897 (the coast near Cardiff). He received little recognition in his lifetime and from 1871, when his father was no longer able to support him, spent much of his life in poverty. Died at Moret-sur-Loing

This is part 1 of a 12-part series on the works of Alfred Sisley:


"Still Life with Heron" by Alfred Sisley was painted alongside artist Frederic Bazille, whose version of the same still life is from a slightly different angle: