A contemporary, and friend of both Keith Haring and Jean-Michel Basquiat later in New York, Kenny Scharf was born in 1958 in Los Angeles. He received his B.F.A in 1980 at the School of Visual Arts in New York. Scharf's works consist of popular culture based shows with made up science-related backgrounds.

Scharf often uses images from the animated cartoons popular during his childhood, such as The Flintstones and The Jetsons. In 2001, he released a cartoon of his own ‘The Groovenians’ of which there was only one episode.
Scharf was a key figure in the East Village art scene of the 1980s with shows at Fun gallery in 1981 and Tony Shafrazi in 1984, before seeing his work embraced by museums, such as the Whitney, which selected him for the 1985 Whitney Bienniale. 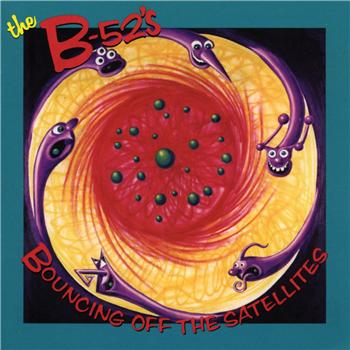 Scharf was friends with the graffiti artist Keith Haring and appears in the documentary ‘The Universe of Keith Haring’. In 2004, he appeared in The Nomi Song, a documentary about his friend, opera singer and new wave star Klaus Nomi.

Scharf has had featured exhibits at the Monterrey Museum of Contemporary Art, Miami Center for the Fine Arts, and The Queens Museum of Art. Scharf is represented by New York City’s Paul Kasmin Gallery, which also represents Andy Warhol, Frank Stella, David Hockney, Morris Louis, Al Held, and others. 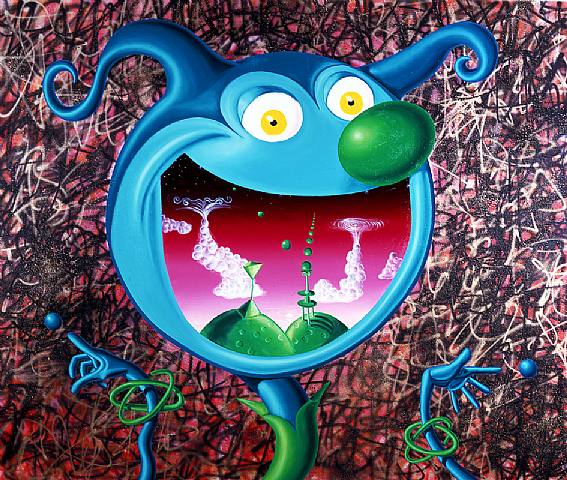 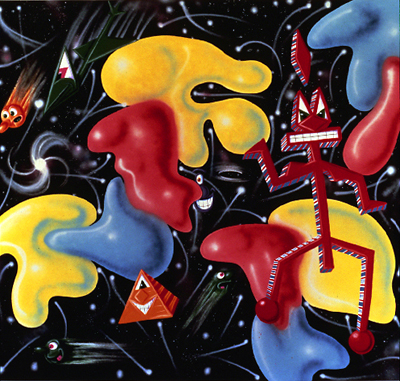 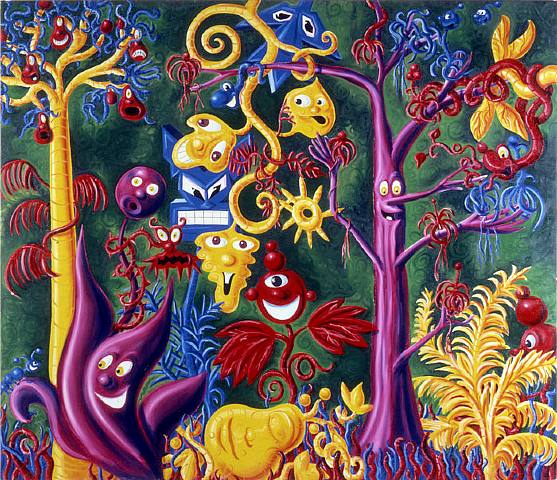 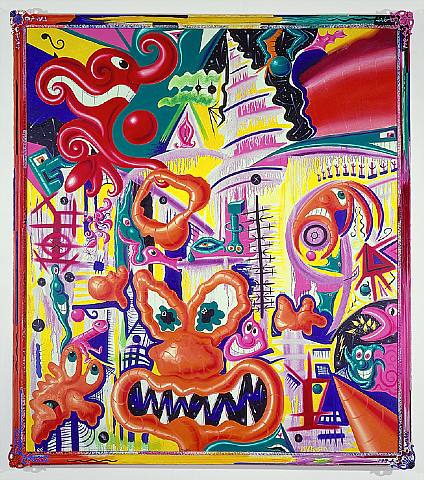 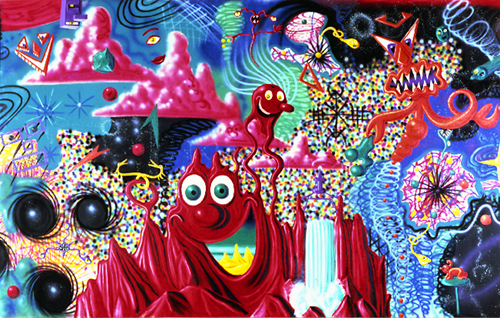 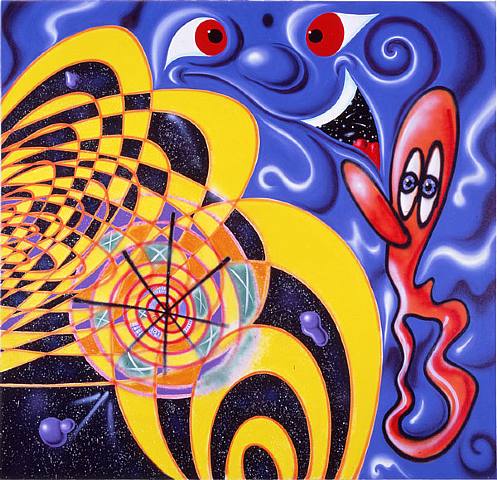 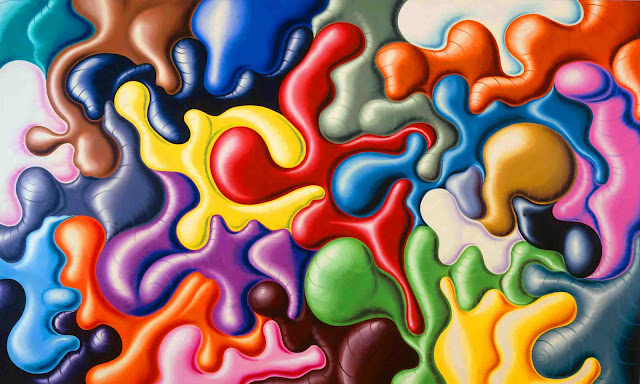 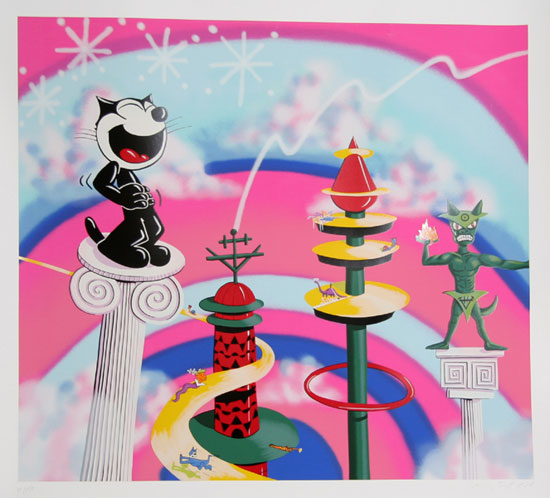 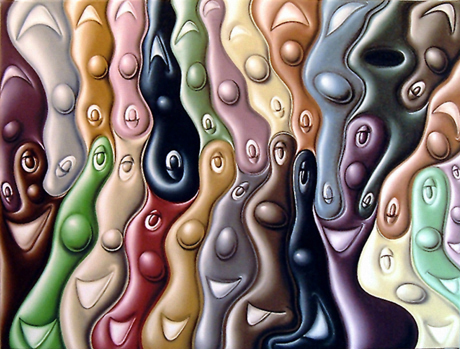 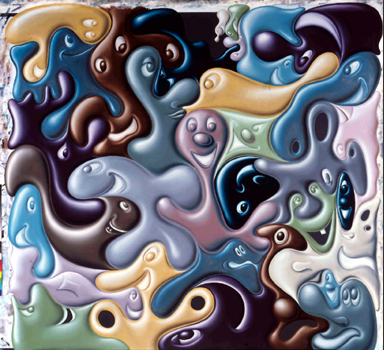 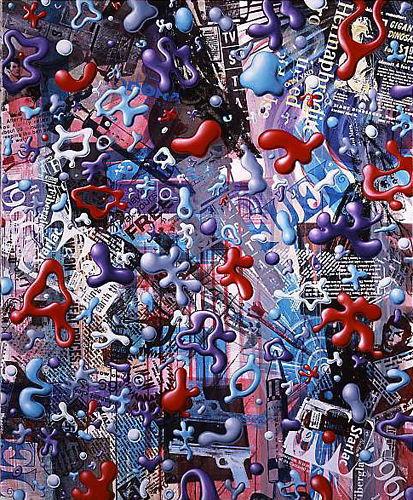 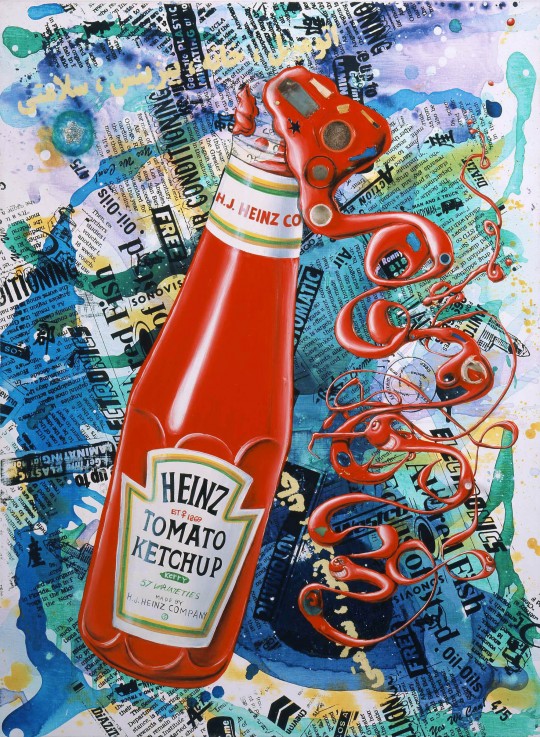 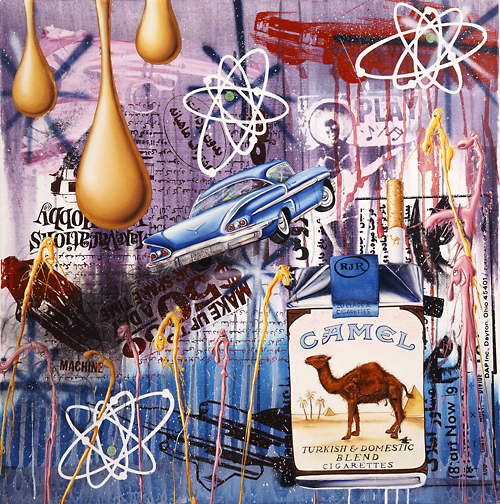 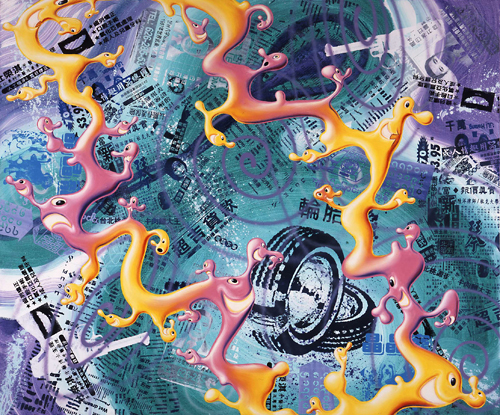 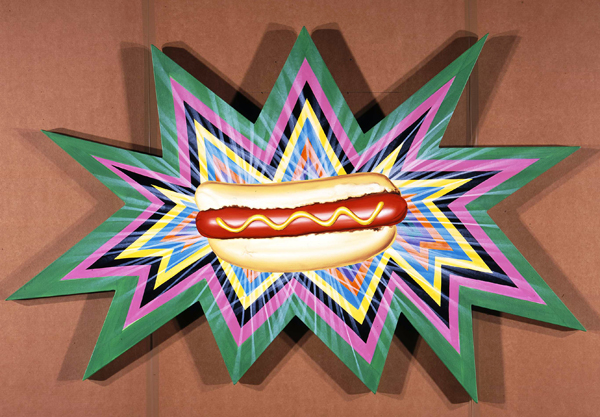 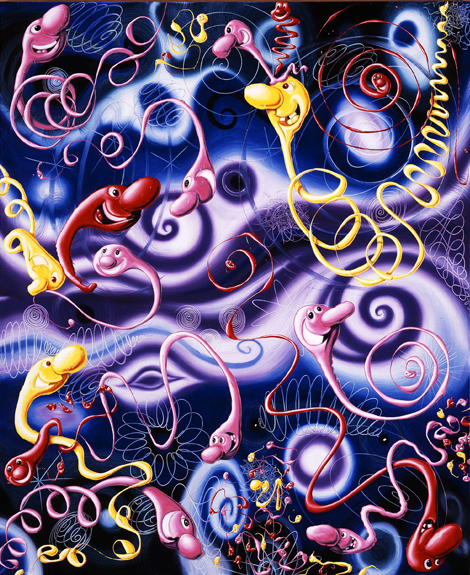 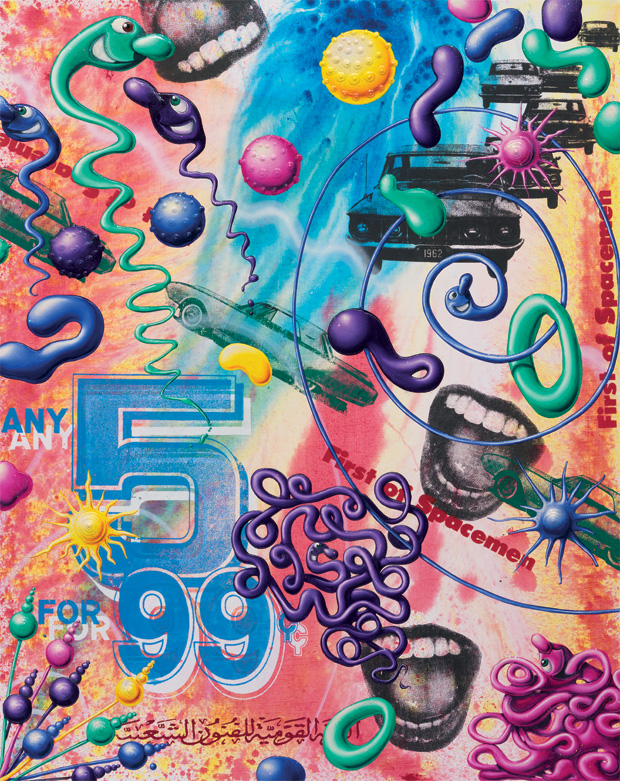