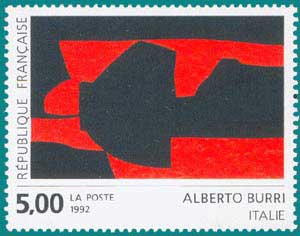 For full biographical notes on Burri, and for earlier works, see part 1 also.

This is part 2 of a 2-part post on Alberto Burri: