Pulp magazines were inexpensive fiction magazines that were published from around 1896 to the 1950s. The term “pulp” derives from the cheap wood pulp on which the magazines were printed. In contrast, magazines printed on higher-quality paper were called "glossies" or "slicks".

The pulps gave rise to the term pulp fiction in reference to run-of-the-mill, low-quality literature. Pulps were the successors to the penny dreadfuls, dime novels, and short fiction magazines of the 1800s.

Although many respected writers wrote for pulps, the magazines were best known for their lurid, exploitative, and sensational subject matter. Modern superhero comic books are sometimes considered descendants of "hero pulps"- pulp magazines often featured illustrated novel-length stories of heroic characters, such as Flash Gordon, The Shadow, Doc Savage, and the Phantom Detective.

At their peak of popularity in the 1920s and 1930s, the most successful pulps could sell up to one million copies per issue. The most successful pulp magazines were Argosy, Adventure, Blue Book, and Short Stories, collectively described by some pulp historians as "The Big Four.” Among the best known other titles of this period were Amazing Stories, Black Mask, and Dime Detective, among others.

1939 Robert de Graff launched Pocket Books. It was the first American mass-market-paperback line, and it transformed the industry. But paper book covers are almost as old as print. They date back to the sixteenth century, and paper-backing has been the ordinary mode of book production in France, for a long time. The first edition of James Joyce’s “Ulysses,” published in Paris in 1922, is a paperback. In the United States, paperback publishing was tried on a major scale at least twice during the nineteenth century: first, in the eighteen-forties, with an enterprise called the American Library of Useful Knowledge, and after the Civil War, when, unfettered by international copyright agreements, American publishers brought out cheap editions of popular European novels.

Many notable authors and books were first published as pulp fiction:

Tarzan of the Apes first appeared serialised in 1912-13 editions of All-Story magazine. Dashiell Hammet’s The Maltese Falcon was originally published in Black Mask magazine in 1930, and The Thin Man in 1934 in Redbook. 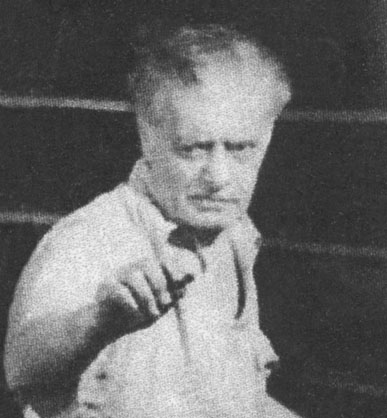 Modest Aronstam (Stein) was born in Kovno, Russia in 1871. In 1888 aged 17, he emigrated to America by himself. He moved to New York City and lived on the Lower East Side in the Jewish ghetto. It’s not known where he studied art, but by 1898 his courtroom sketches were published in The New York World, The New York Herald, and The New York Sun.

Stein began to illustrate cover paintings for pulp magazines in 1901. His cover art appeared on All Story, Argosy, The Cavalier, Munsey's, and People's Magazine. During the 1920s he was a cover artist for Clues, Complete Stories, Detective Stories, Far West Illustrated, and Love Story.

During the 1930s he continued to illustrate covers for Street & Smith pulp magazines, such as Crime Busters, Complete Stories, Detective Stories, Love Story, and Unknown. He also did many covers for the Street & Smith magazine Picture Play, which featured elegant portraits of glamorous Hollywood stars. In 1939 he moved to Hollywood, California, to work as a portrait artist.

In 1943 he returned to New York City, where he continued to create covers for Street & Smith pulp magazines, such as Astounding Science Fiction, Love Story, Mystery Magazine, Romantic Range, Doc Savage, and The Shadow. In 1949 Street & Smith ceased publication of pulp magazines as the popularity of the genre declined.

During the 1950s his major creative outlet was portraiture. In1958 he was awarded the Art League of Long Island Portraiture Prize. Two days later Stein died in Booth Memorial Hospital in Flushing, Queens, at the age of eighty-seven.