This post is the last in my mini-series on self-portraits and it's an important one. Chuck Close is one of the world's leading contemporary artists, originally associated with the Photorealists movement in America. The next series of posts will take a look at other Photorealists.

Close suffered a devastating spinal infection in 1988 that left him a quadriplegic. Since then he has developed an extraordinary technique using a complex grid-based reconstruction of the photographs that he works from - typically portraits of himself, his family and friends - to create really large-scale works. He has also been creating photographic montages on enormous sheets of Polaroid paper amongst many other techniques.

Charles Thomas (Chuck) Close was born in Monroe, Washington in 1940. He graduated from the University of Washington in 1962 and from Yale in 1964. He was the 1997 UW Alumnus Summa Laude Dignatus - the highest university honor for one of its graduates. Close's work is included in the collections of numerous museums, including the National Gallery of Art (Washington, D.C.), the Museum of Modern Art (New York), the Guggenheim Museum (New York), and the Tate Gallery (London). The New York Museum of Modern Art held a special exhibit of Close's paintings and prints in 1998; the Metropolitan Museum of Art in New York held an exhibit on Close's prints in 2004.

This first self-portrait dates from 1967-8 and the second image shows the impressive scale of it. 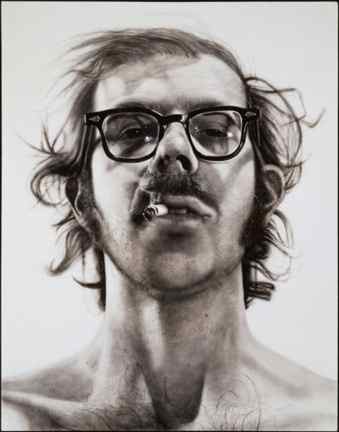 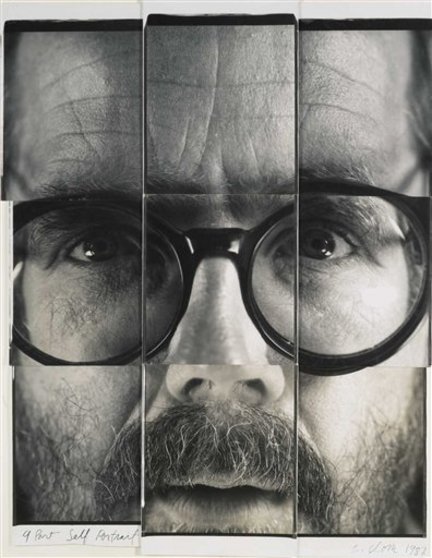 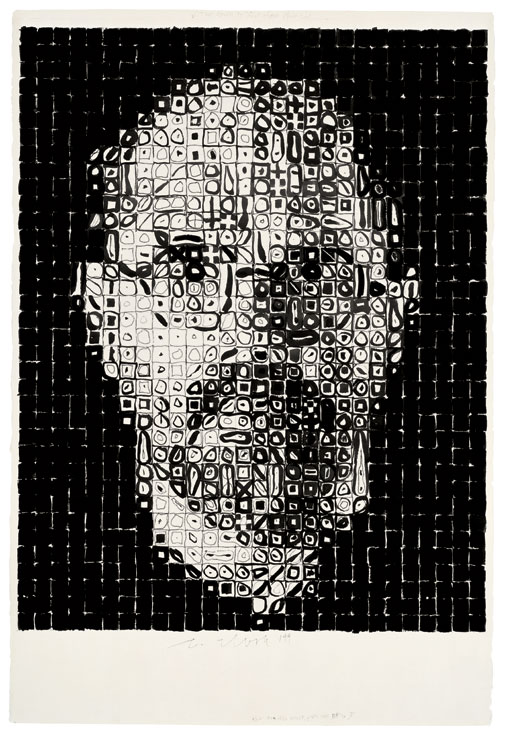 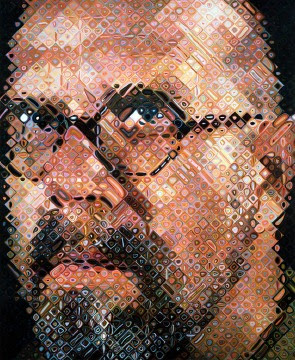 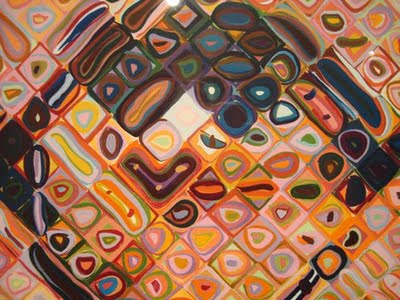 Detail of the above - if you squint you'll recognise the eye 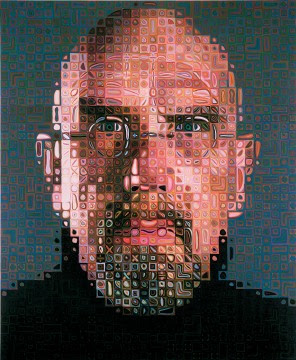 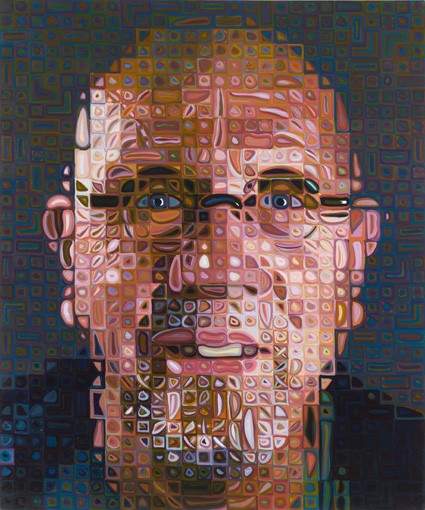 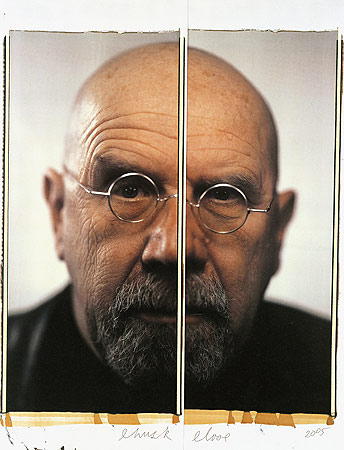 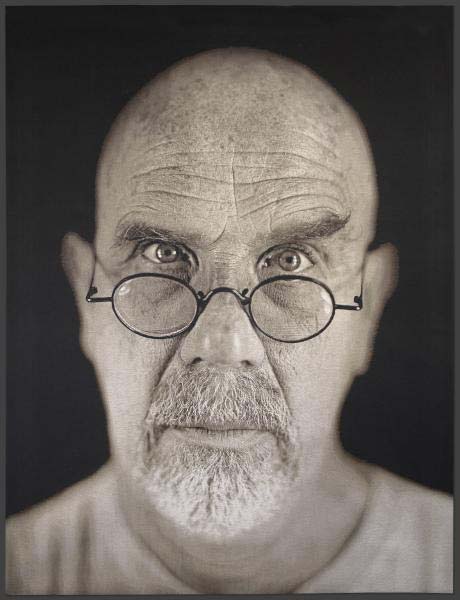 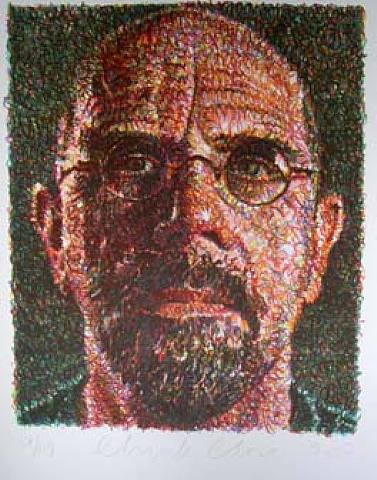 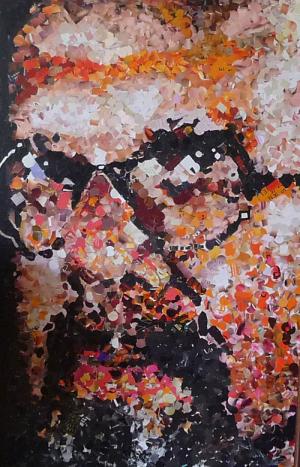 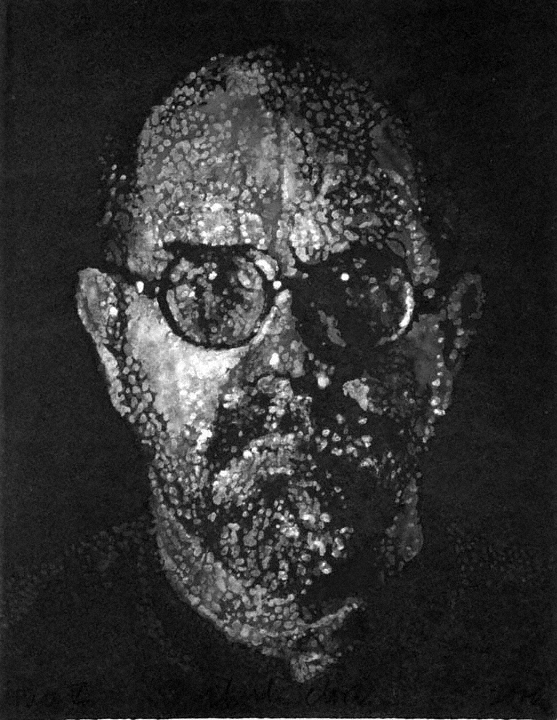 Note: A number of images have been removed by me from this post on possible copyright issues. Poul Webb
Posted by Poul Webb at 10:29