Following on from the collages of Kurt Schwitters, I thought I’d take a look at some comparative work by the Italian artist Mimmo Rotella. The difference is that Rotella was an exponent of décollage.

Décollage, in art terms, is the opposite of collage - instead of an image being built up of all or parts of existing images, it is created by cutting, tearing away or otherwise removing pieces of an original image. Examples include inimager, etrécissements and excavations. A similar technique is the lacerated poster, a poster in which one has been placed over another or others, and the top poster or posters have been ripped, revealing to a greater or lesser degree the poster or posters underneath.

Domenico ‘Mimmo’ Rotella (1918 – 2006) was born in 1918 in Catanzaro, Italy. He studied art at the Accademia di Belle Arti in Naples, and moved to Rome in 1945. After his figurative beginnings, he developed an abstract and geometrical style. As an alternative form of expression, he invented “epistaltic” poetry in 1949, a combination of words (sometimes invented), sounds, and onomatopoeic reiteration. In 1951 he held his first solo exhibition at the Galleria Chiurazzi in Rome. In the same year he won a Fulbright Foundation scholarship and was therefore able to travel to America, where he studied at Kansas City University. During his time there he created a mural composition, showed at the Nelson Gallery of Kansas City, and held a performance of phonetic poetry at Harvard University in Boston.

Rotella moved back to Rome in 1953, and after overcoming a crisis in his personal life, he produced his first Décollages. In these works he glued onto canvas parts of advertisements that he had ripped off city walls. With these initial pieces he pursued his investigation into abstract art. After 1958, however, he devoted himself to figurative décollage and created the Cinecittà series, using figures and faces from film posters. Marilyn Monroe became one of the icons of his work. 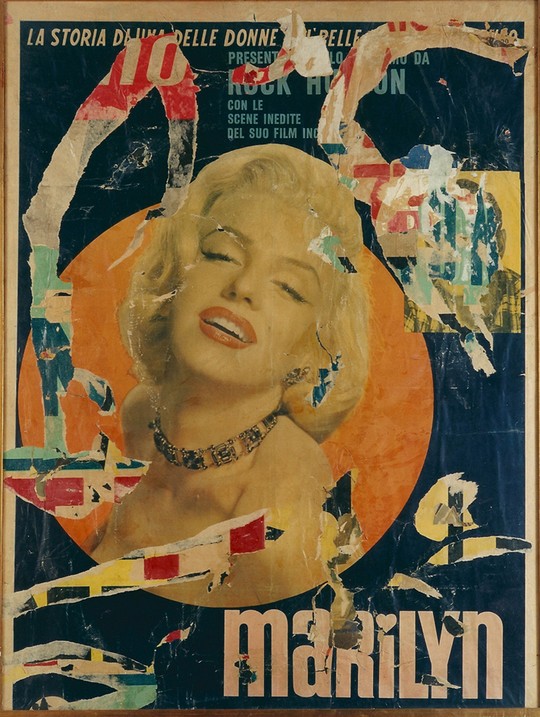 In this first of two parts on Rotella, I am showing a cross-section of his work – part two will show some more of the many Marilyn pieces. My personal preference is for his earlier, more considered pieces with muted colours - the first few images shown below, and Marilyn above.
In 1961 Rotella accepted the art critic Pierre Restany’s invitation to become part of the Noveau Réalisme movement, and three years later he moved to Paris. There he developed a process called “Mec-Art” in which by projecting negative images on an emulsion covered canvas, he created work which was shown for the first time in the Galerie J. in 1965. He then made the Artypo series, created by randomly gluing typographic proofs onto canvas, and in 1975 his first Plastiforme, where ripped posters were placed on a polyurethane support.

Rotella moved to Milan and created, in the 1980s, his blanks, covering the ripped posters with monochrome sheets of paper. In 1984 he began painting and produced the series Cinecittà 2, followed by the Sovrapitture, painting directly onto advertisements. He exhibited at the Centre Pompidou of Paris and at The Museum of Modern Art, New York, in 1990, and at the Solomon R. Guggenheim Museum in 1994. In 2000 the Foundation Mimmo Rotella opened; its aim is to promote contemporary art and to preserve the artist’s work. Mimmo Rotella died in Milan in 2006. 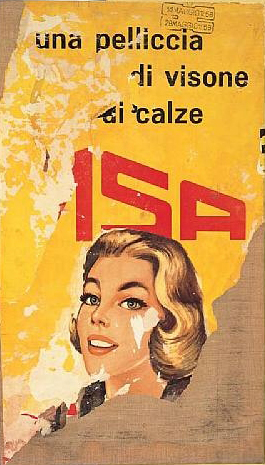 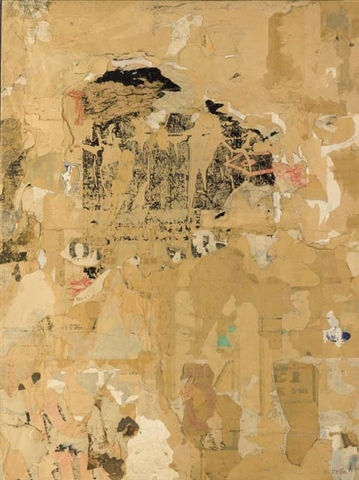 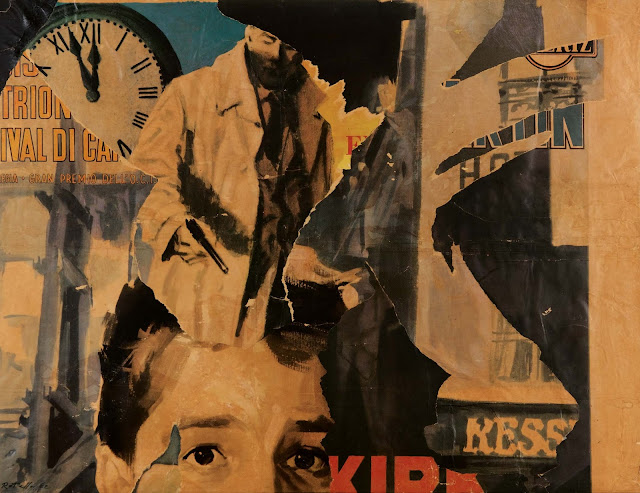 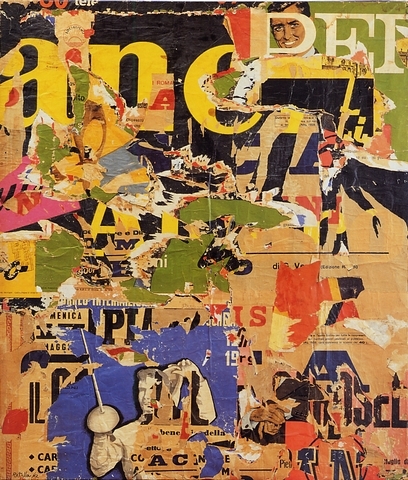 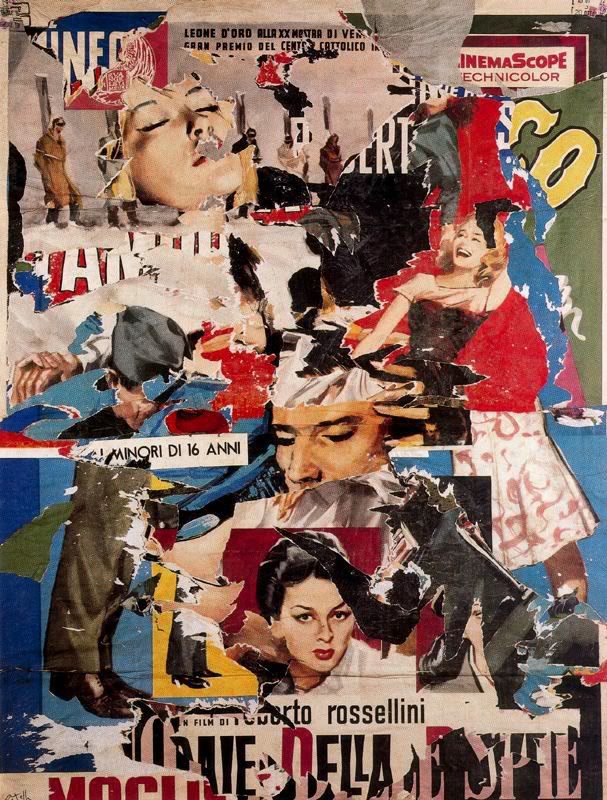 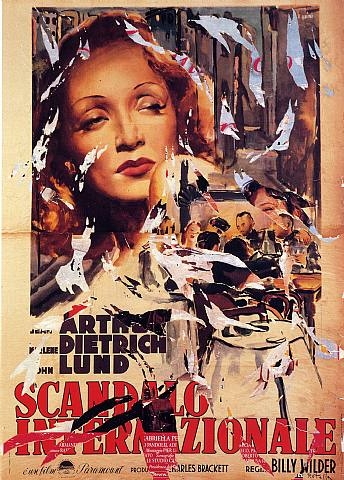 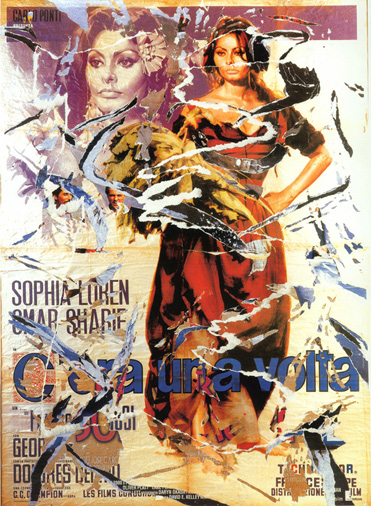 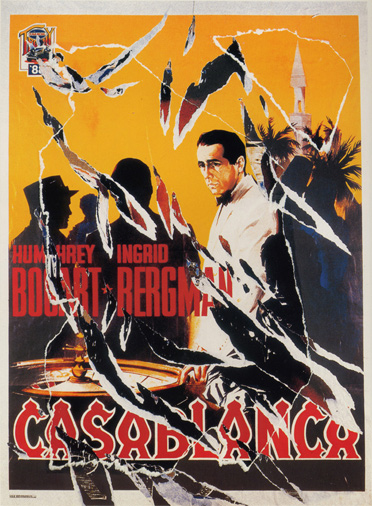 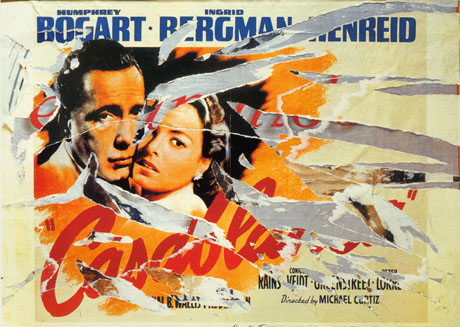 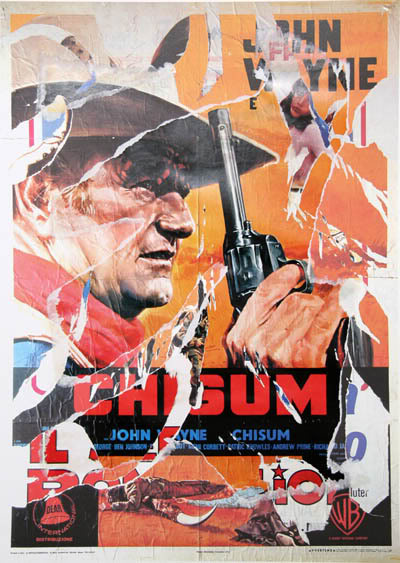 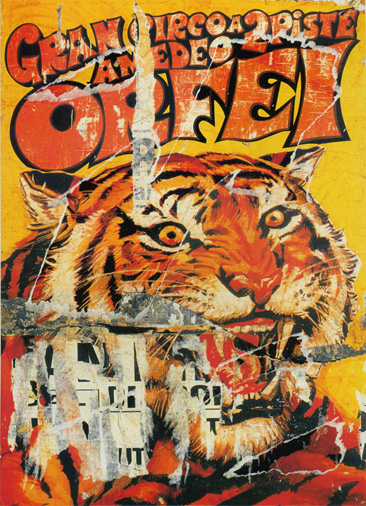 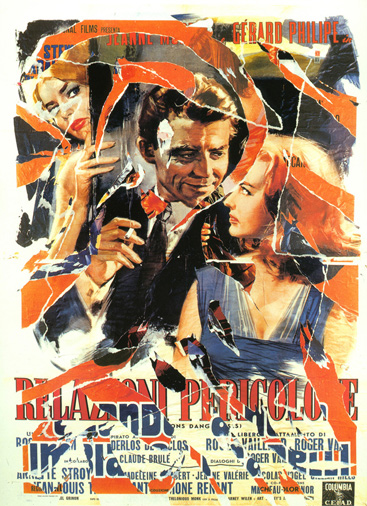 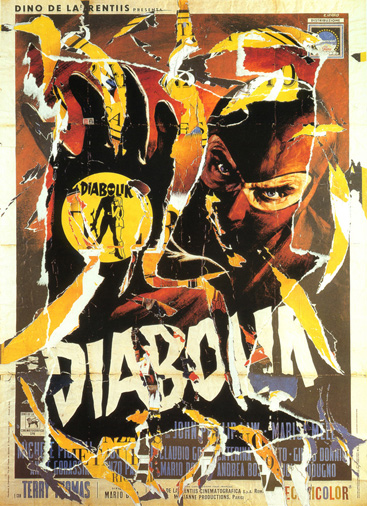 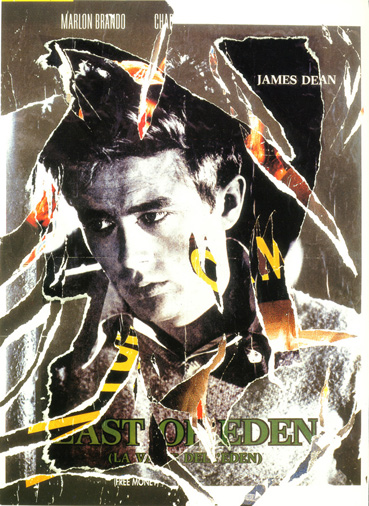 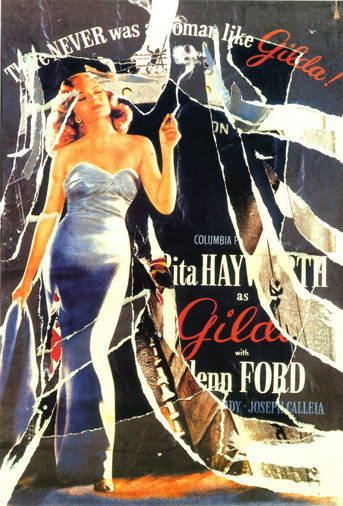 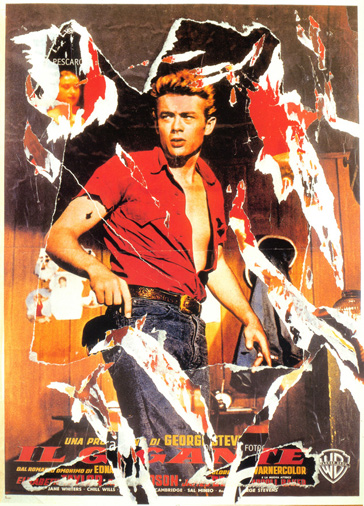 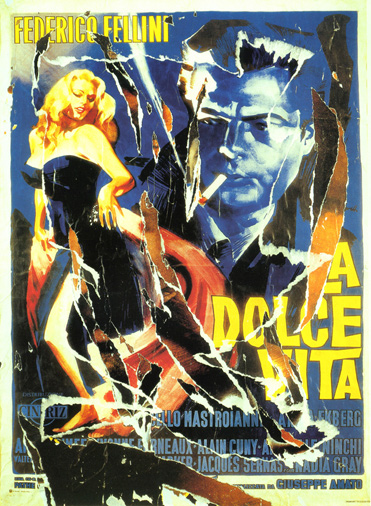 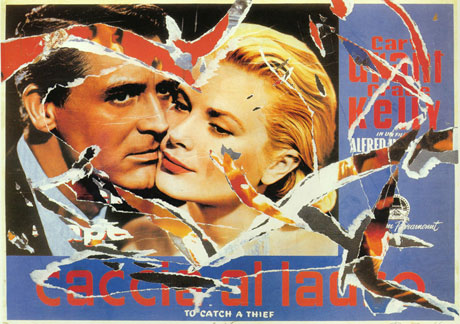