Following on from my recent post on graffiti artist Jean-Michel Basquiat, I thought I'd take a look at a couple of his contemporaries on the New York 'graffiti' art scene. This is the first of two posts looking at the work of Keith Haring.
Haring (1958 – 1990) was born in Reading, Pennsylvania. He developed a love for drawing at a very early age, learning basic cartooning skills from his father and from the popular culture around him, such as Dr. Seuss and Walt Disney.


On graduation from high school in 1976, Haring enrolled in the Ivy School of Professional Art in Pittsburgh. He soon realized that he had little interest in becoming a commercial graphic artist and dropped out in the first year. While in Pittsburgh, Haring continued to study and work on his own and in 1978 had a solo exhibition of his work at the Pittsburgh Arts and Crafts Center.
In 1979 Haring moved to New York and enrolled in the School of Visual Arts. He found a thriving alternative art community that was developing outside the gallery and museum system, in the downtown streets, the subways and spaces in clubs and former dance halls. He became friends with fellow artists Kenny Scharf and Jean-Michel Basquiat, as well as the musicians, performance artists and graffiti writers that comprised the burgeoning art community.


Haring was also inspired by the work of Jean Dubuffet, Pierre Alechinsky, William Burroughs, Brion Gysin and Robert Henri’s manifesto The Art Spirit, which asserted the fundamental independence of the artist. With these influences Haring was able to push his own youthful impulses toward a singular kind of graphic expression based on the primacy of the line. Also drawn to the public and participatory nature of Christo’s work, in particular Running Fence, and by Andy Warhol’s unique fusion of art and life, Haring was determined to devote his career to creating a truly public art.


As a student at SVA, Haring experimented with performance, video, installation and collage, while always maintaining a strong commitment to drawing. In 1980, Haring found a highly effective medium that allowed him to communicate with the wider audience he desired, when he noticed the unused advertising panels covered with matte black paper in a subway station. He began to create drawings in white chalk on these blank paper panels throughout the subway system. Between 1980 and 1985, Haring produced hundreds of these public drawings in rapid rhythmic lines, sometimes creating as many as forty “subway drawings” in one day. This seamless flow of images became familiar to New York commuters, who often would stop to engage the artist when they encountered him at work. The subway became, as Haring said, a “laboratory” for working out his ideas and experimenting with his simple lines.


Between 1980 and 1989 Haring achieved international recognition and participated in numerous group and solo exhibitions. During this period, he also participated in renowned international survey exhibitions such as Documenta 7 in Kassel; the São Paulo Biennial; and the Whitney Biennial. Haring completed numerous public projects in the first half of the 80’s as well, ranging from an animation for the Spectacolor billboard in Times Square, designing sets and backdrops for theaters and clubs, developing watch designs for Swatch and an advertising campaign for Absolut vodka; and creating murals worldwide.


Throughout his career, Haring devoted much of his time to public works, which often carried social messages. He produced more than 50 public artworks between 1982 and 1989, in dozens of cities around the world, many of which were created for charities, hospitals, children’s day care centers and orphanages.

Keith Haring died of AIDS related complications at the age of 31 in 1990.
Since his death, Haring has been the subject of several international retrospectives. The work of Keith Haring can be seen today in the exhibitions and collections of major museums around the world.
Something that has struck me is the similarity between some of Haring's work and some of the primitive works of Aboriginal Australians, as in the examples below: 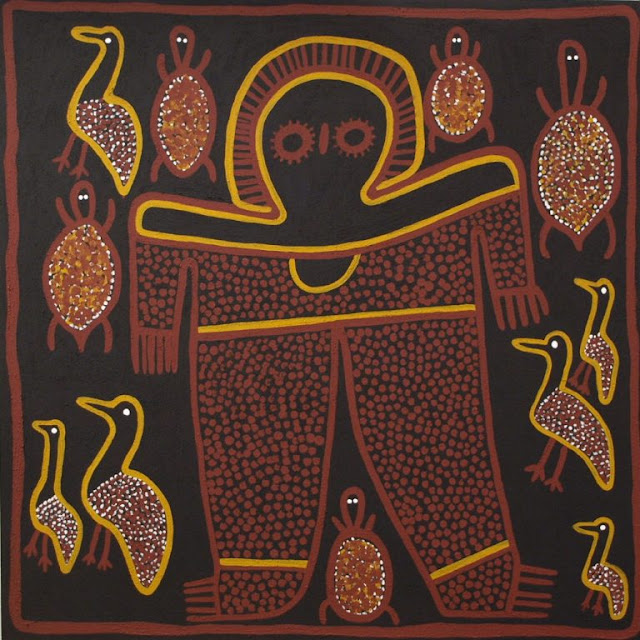 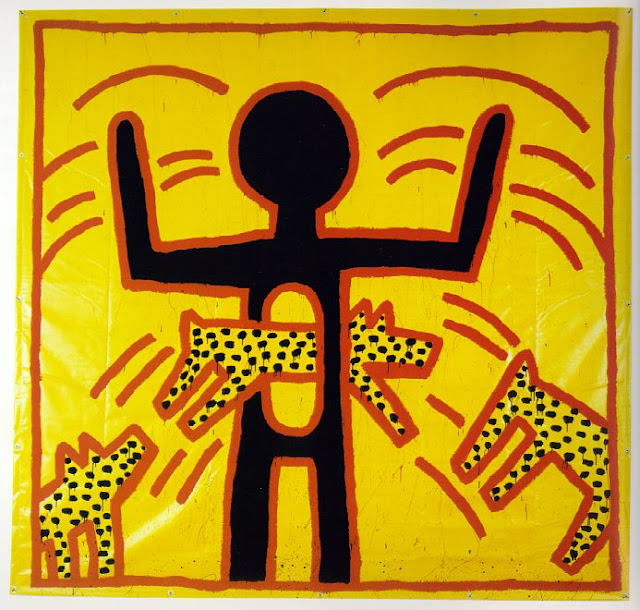 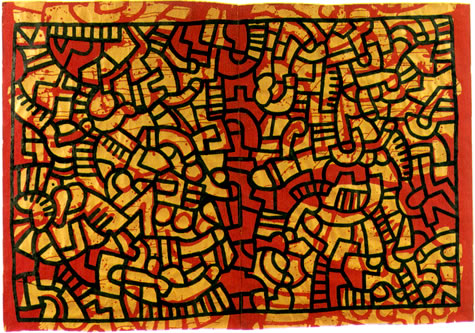 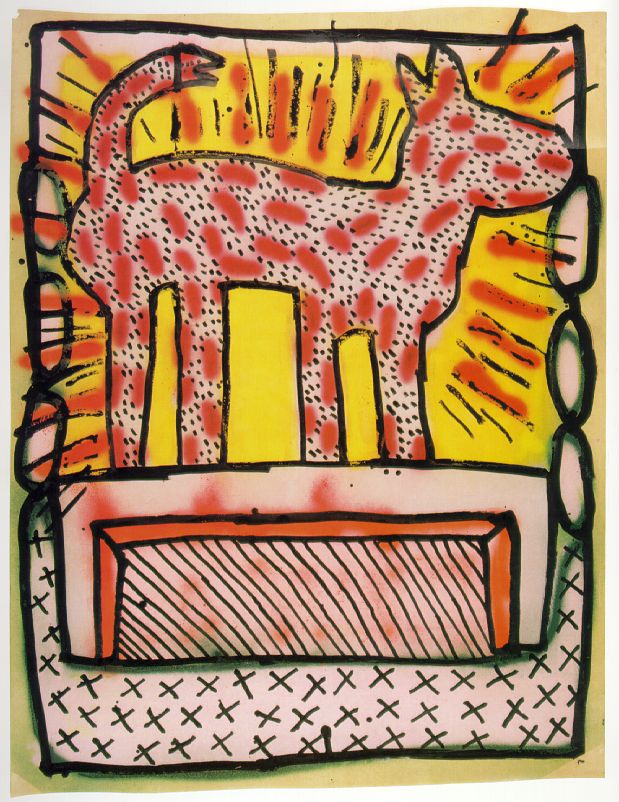 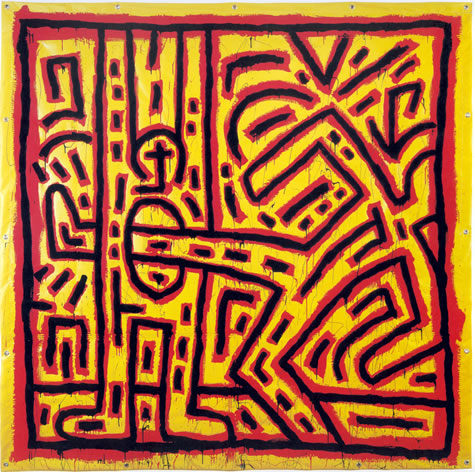 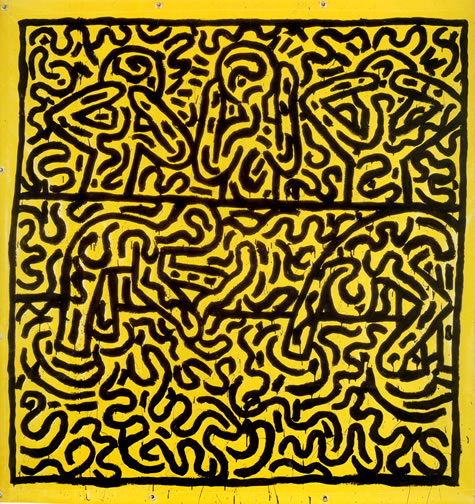 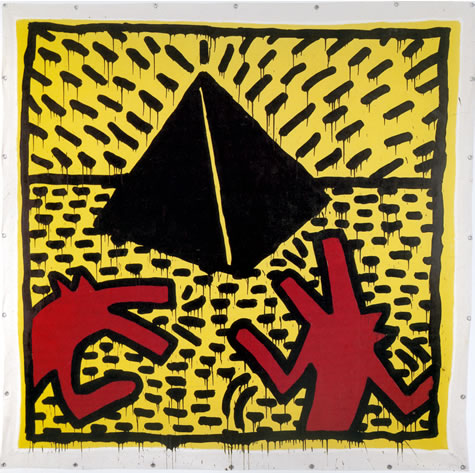 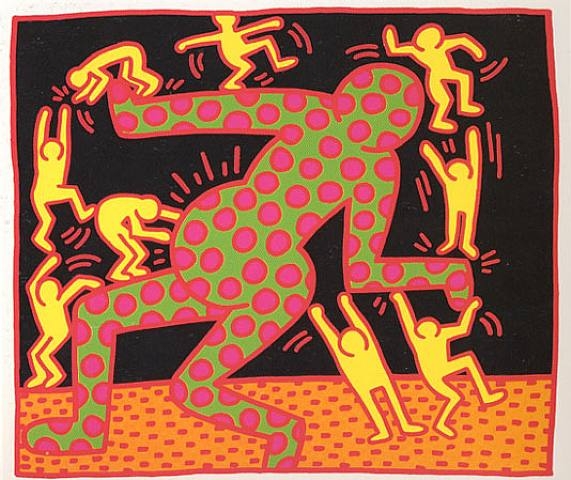 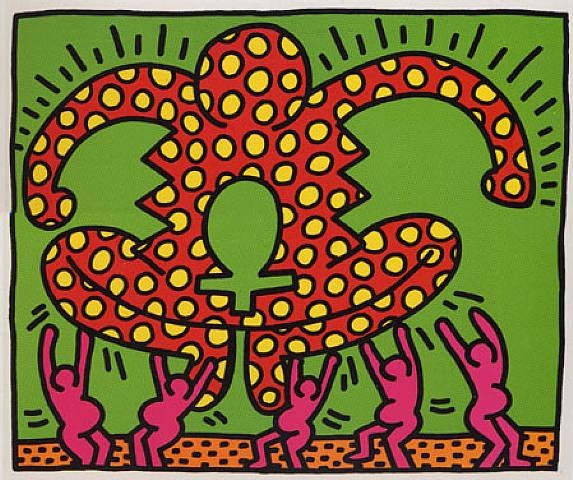 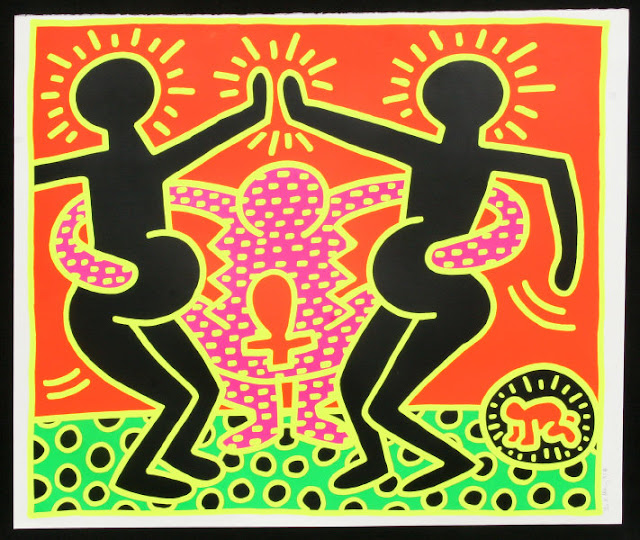 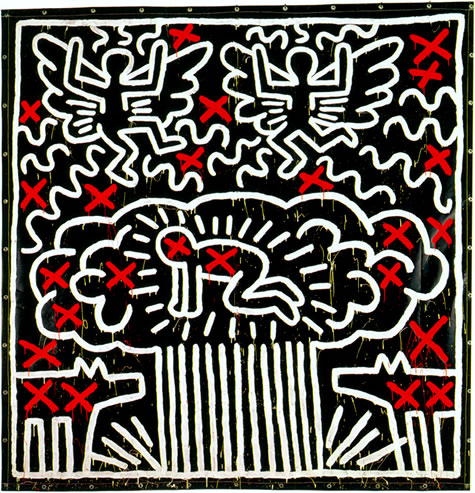 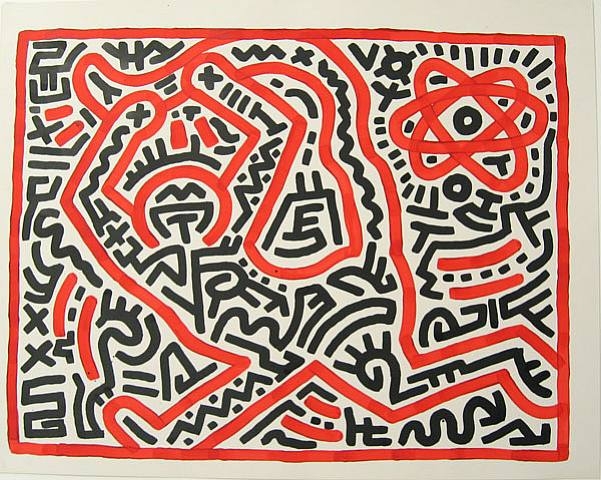 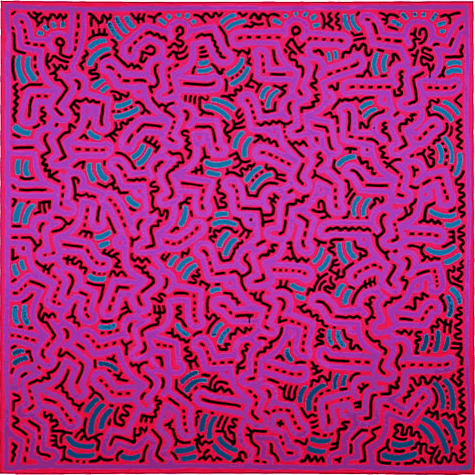 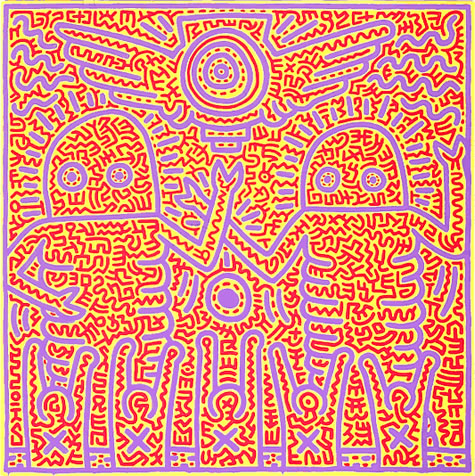 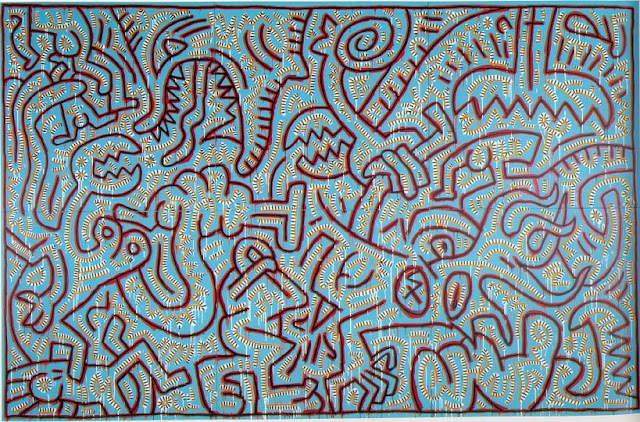 
More works by Keith Haring in the next blog post.