This is part 8 of an 8-part post on the works of Arthur Rackham. For full biographical notes see part 1.

A Dish of Apples by Eden Phillpotts is a collection of poems written by Eden Phillpotts (1862-1960) on a theme of nature and harvest, with the greater part of the collection being poems in homage to varieties of orchard fruits.
Phillpotts  was an English author, poet and dramatist. He was born in Mount Abu, British India, educated in Plymouth, Devon, and worked as an insurance officer for 10 years before studying for the stage and eventually becoming a writer. He co-wrote two plays with his daughter Adelaide Phillpotts.

This version originally published in 1921: 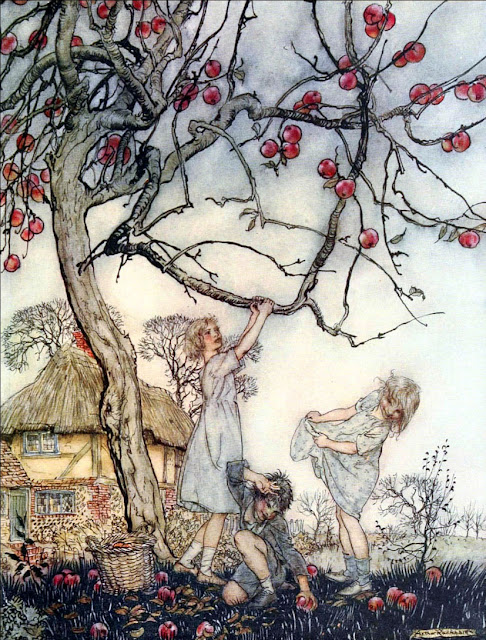 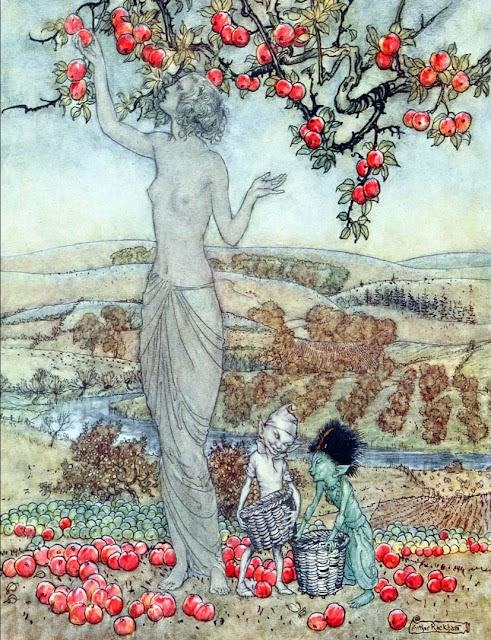 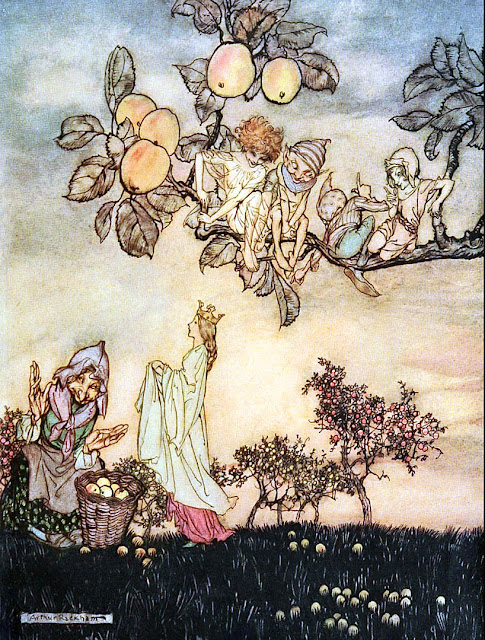 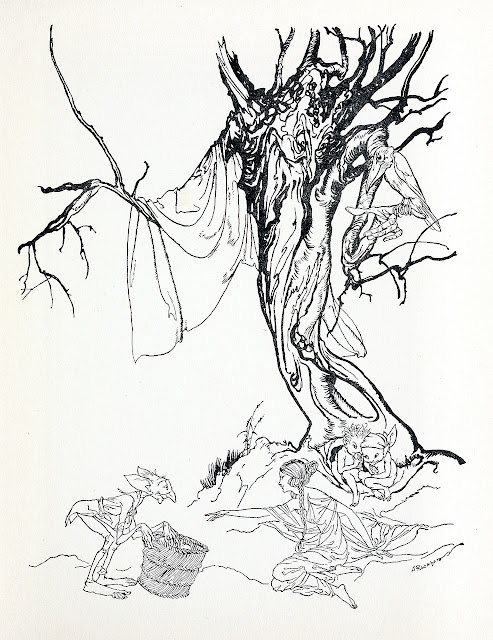 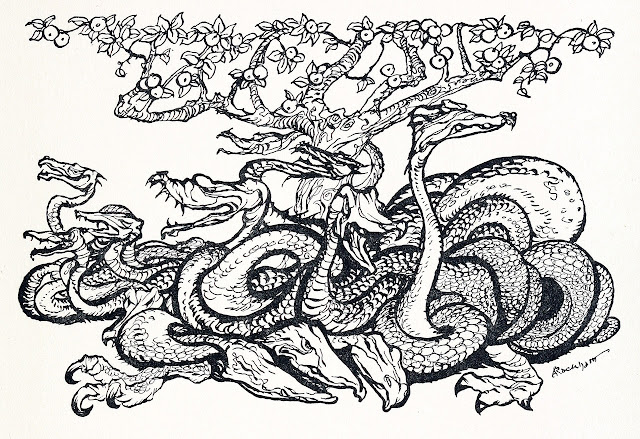 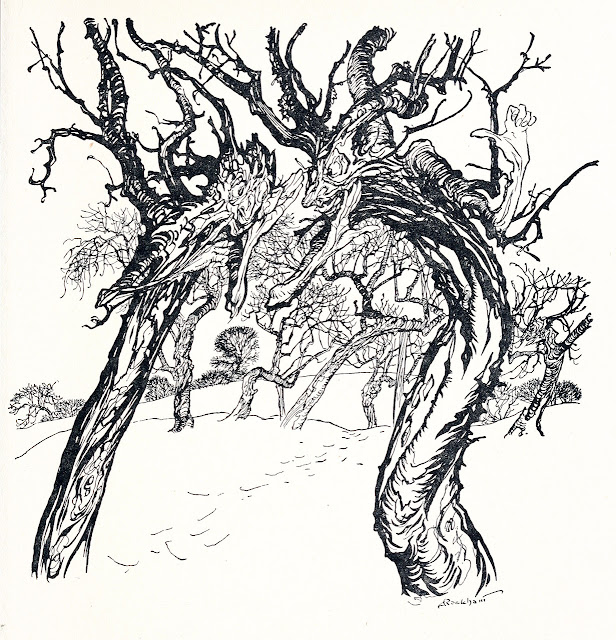 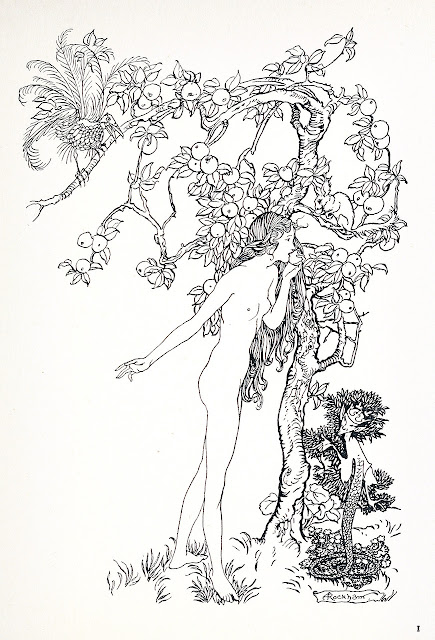 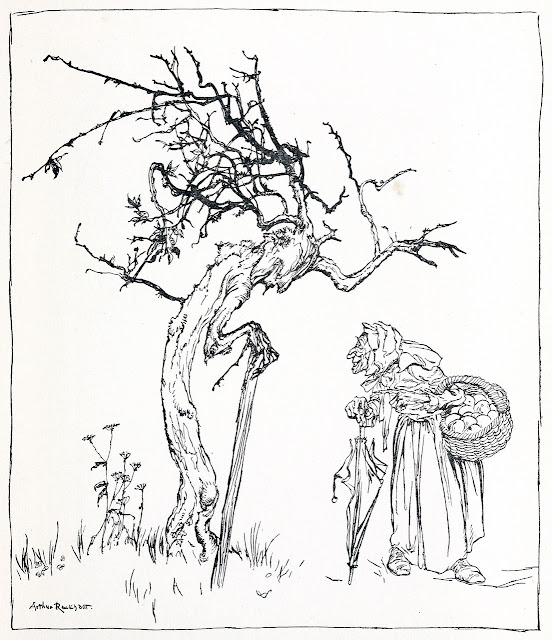