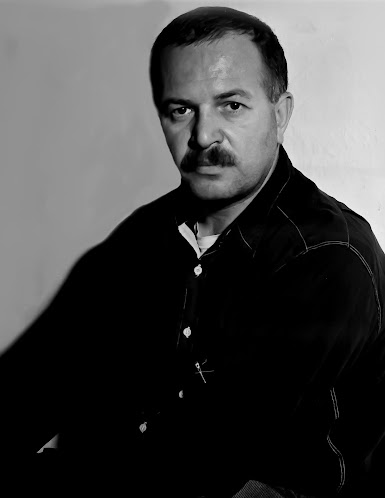 Ben Shahn was a Lithuanian-born American artist and member of the Social Realist movement. His expressive figurative paintings, murals, and posters were inexorably tied to his pursuit of social justice and lifelong activism within leftist political beliefs. Shahn unflinchingly critiqued the government and society, as seen in his The Passion of Sacco and Vanzetti (1931–1932), a painting which condemned the controversial conviction of two Italian-American immigrants who were sentenced to death in 1927. “The artist must operate on the assumption that the public consists in the highest order of individual—that he is civilised, cultured, and highly sensitive both to emotional and intellectual contexts,” he once stated. “And while the whole public most certainly does not consist in that sort of individual, still the tendency of art is to create such a public—to lift the level of perceptivity, to increase and enrich the average individual's store of values.”

Born in 1898 in Kaunas, Lithuania into an Orthodox Jewish family, he and his family emigrated to New York in 1906. Shahn went on to study at the National Academy of Design in New York and travelled throughout Europe during the 1920s. Upon his return to the United States, he assisted Diego Rivera in 1933 for the painting of his Man at the Crossroads fresco in Rockefeller Center. During the latter part of his career, the artist’s paintings became more symbolic of his own emotional state rather than a description of social injustices.

Sharing a studio in 1929 with the photographer Walker Evans stimulated Shahn's own interest in photography; he began photographing people and street scenes, first in New York and later around the country. These photographs served as the basis for many of his prints and paintings. A series on his photographs will feature in the back end of these posts on Shahn.

He died in March 1969 in New York City. Today, Shahn’s works are held in the collections of the Art Institute of Chicago, the Whitney Museum of American Art in New York, the Tate Gallery in London, and the National Gallery of Art in Washington, D.C., among others.

(with apologies for the continuing mess of variations in the caption fonts, all happening by glitches in the new formatting by Google):

The Passion of Sacco and Vanzetti is one of a series of twenty-three paintings (not all found here) that Ben Shahn made about the controversial trial of two working-class Italian-American immigrants, Nicola Sacco and Bartolomeo Vanzetti.In 1927, the men were sentenced to death for armed robbery and the murder of a shoe company paymaster and his guard in South Braintree, Massachusetts. After a jury convicted them on the basis of circumstantial evidence, three specially appointed commissioners upheld the death sentence verdict. The case caused public outrage since the case against the two men was weak, and many believed that they were the victims of ethnic discrimination, right-wing politics, and a corrupt police investigation.  Their execution provoked international riots and protest demonstrations.

A report on the Mooney-Billings case prepared in 1931 by the National Commission on Law Observance and Enforcement cast serious doubt on the evidence that led to Mooney’s conviction and he was officially pardoned in 1961. 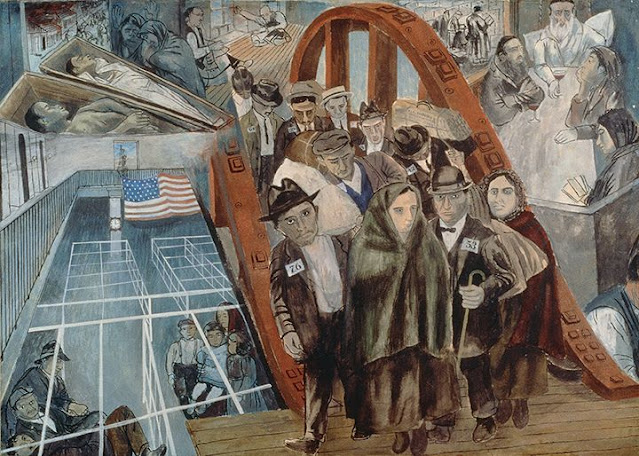 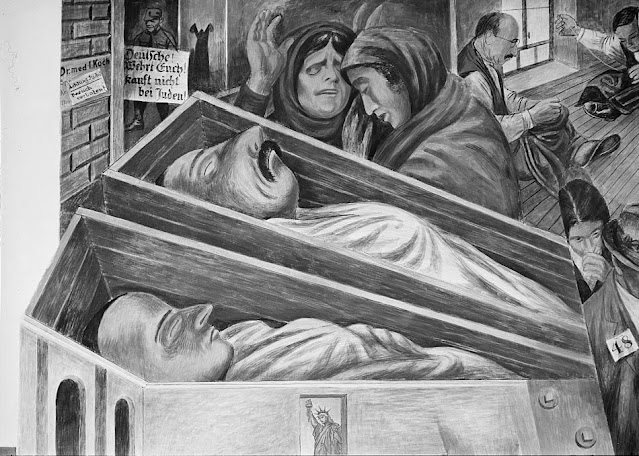 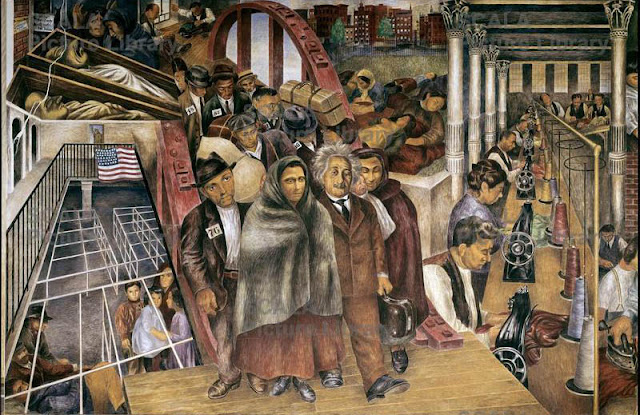 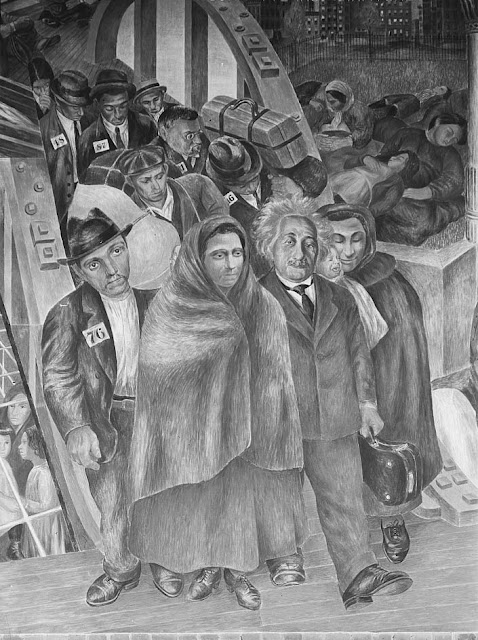 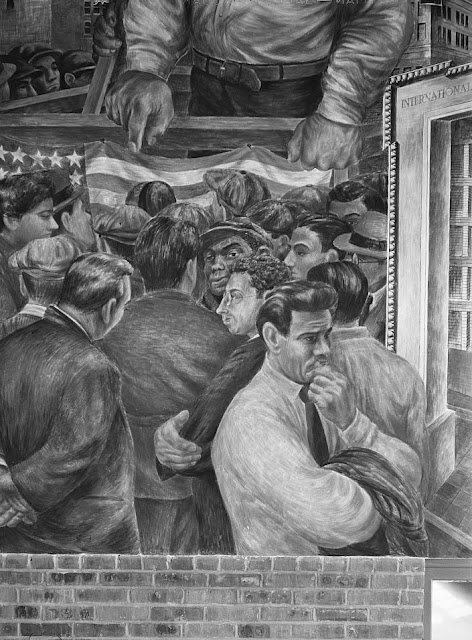 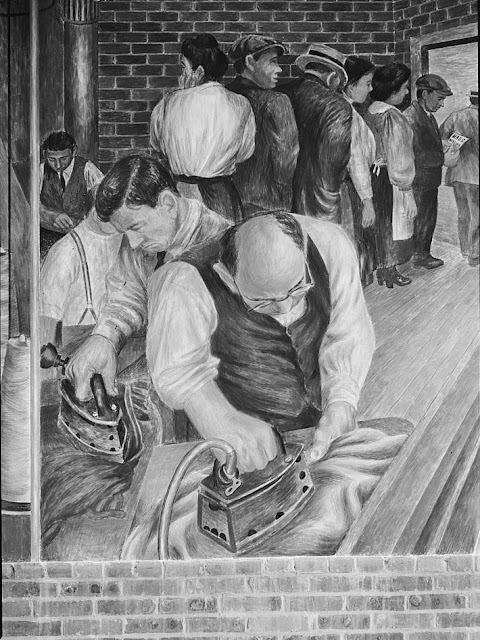 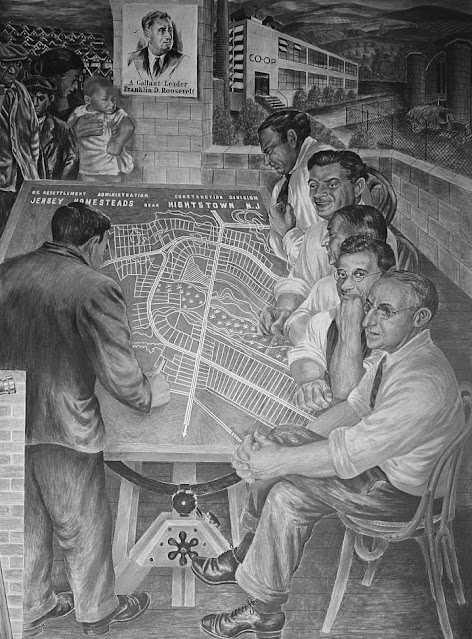 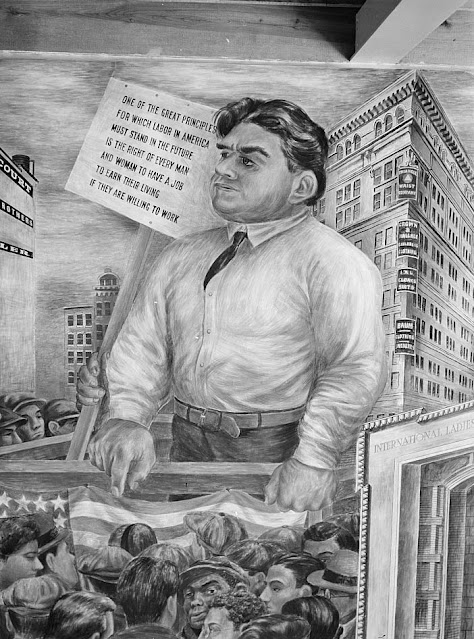 I also put notice and a link on Twitter: @poulwebb