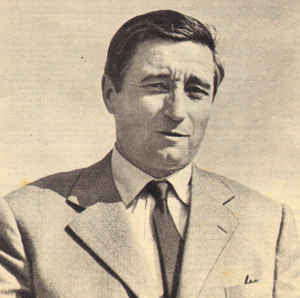 Raymond Peynet was born in Paris in 1908. At age fifteen he gained entrance to the famous “Ecole des Arts Appliqués,” a school which happened to be located just opposite the bistro owned by his parents who had moved from the Auvergne to Paris some years before.

He really started learning his trade when he began work as a draughtsman for Tolmer, an advertising agency in Paris, doing various tasks from sweeping the floor to drawing labels for perfume bottles and decorating biscuit boxes, eventually progressing to the creation of various advertisements. In 1930 he married Denise Damour.

In order to make a better living, he started publishing his drawings in the Parisian press which included many popular editions at that time: Le Rire, Rire à deux, Paris magazine, The Boulevardier (a publication for the British population in Paris). But it was in 1942 that his life would take a new turn.

Having been asked to deliver a confidential document to a correspondent located in Valence in the department of the Drôme, he was sitting on a bench where the appointment with the correspondent had been arranged. This bench was right opposite the music kiosk (classified historical monument since 1982). He drew a young, long-haired violinist playing alone in the kiosk and a young girl listening to him with great admiration.
A number of years later the violinist was replaced by a poet and the girl became his lover.

Les Amoureux de Peynet were born. Their images travelled across the world and were reproduced on porcelain, scarves and dolls, in books, as medallions and even statues (such as the one erected in Hiroshima, Japan). The image of the Peynet lovers has been stamped on anything symbolising love! Georges Brassens would not have written “Les bancs publics” (Public benches) without my lovers, said Peynet.
Charles Aznavour also dedicated a song to them interpreted by Marcel Amont: “les amants en papier” (Paper lovers).

This is part 1 of a 3-part series on the works of Raymond Peynet: 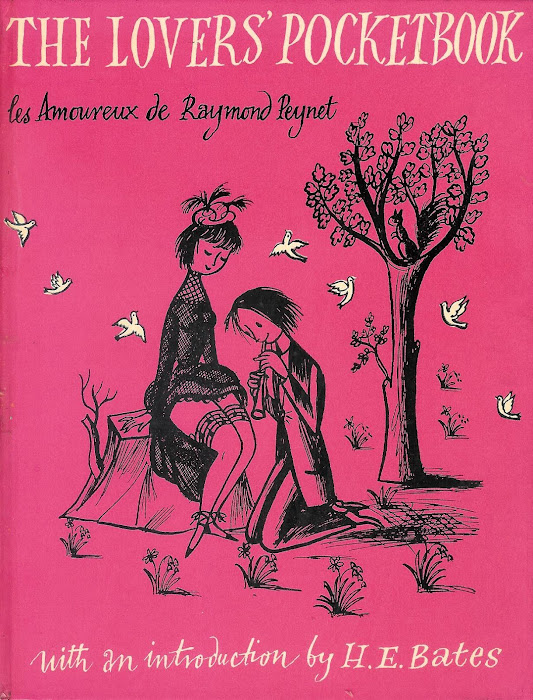 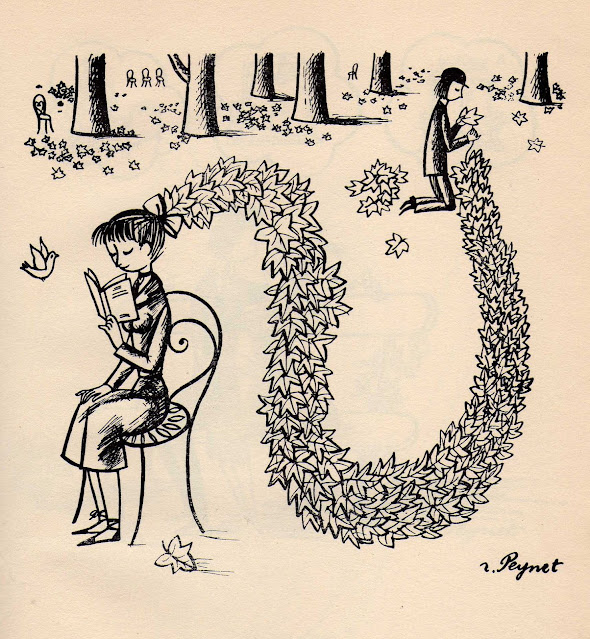 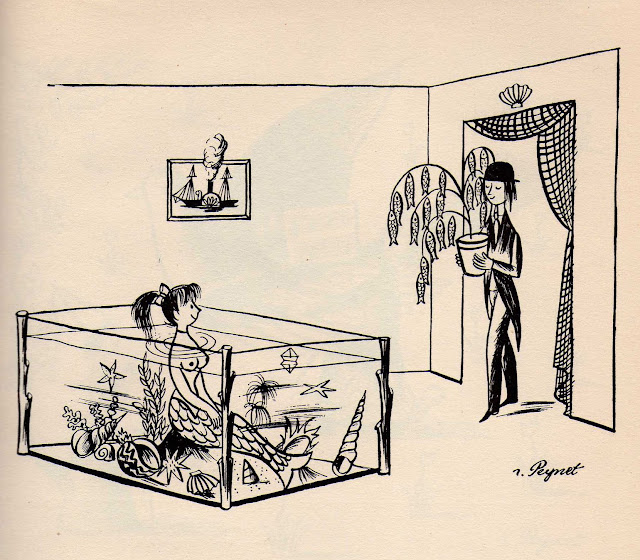 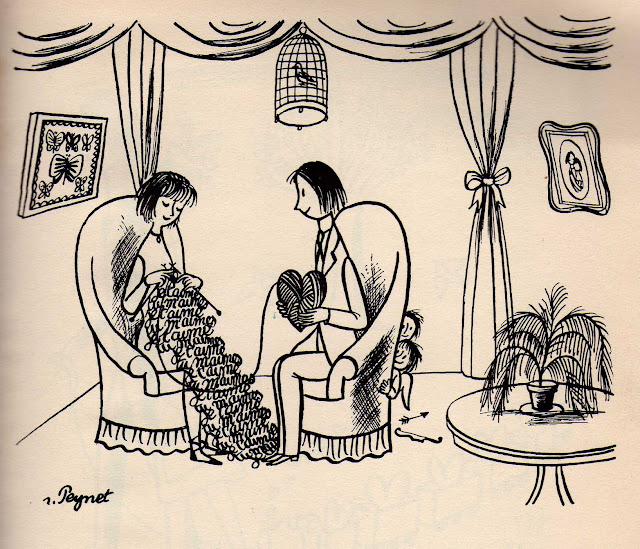 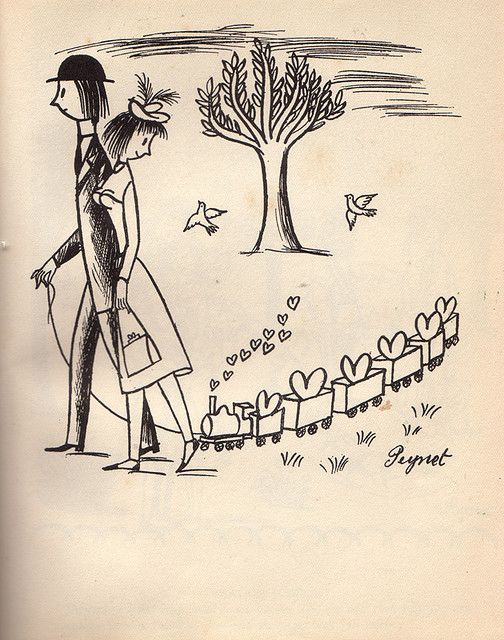 
1963 Original artworks previously displayed at the Rowntree Factory in York, UK.
All pen and ink and watercolour 15 x 20 cm each: 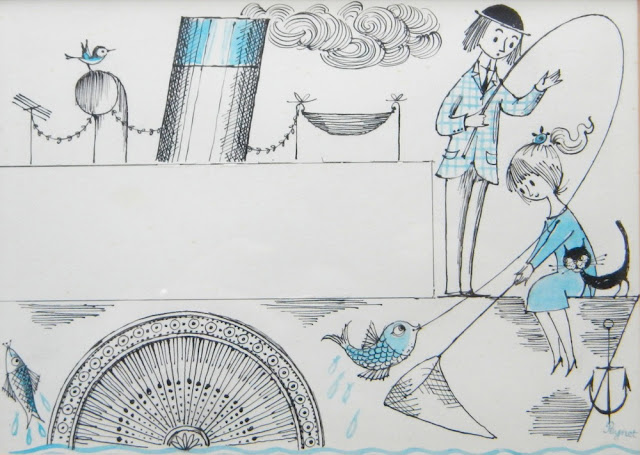 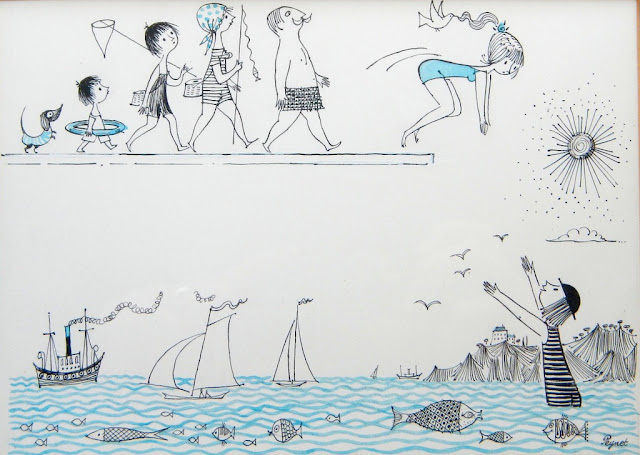 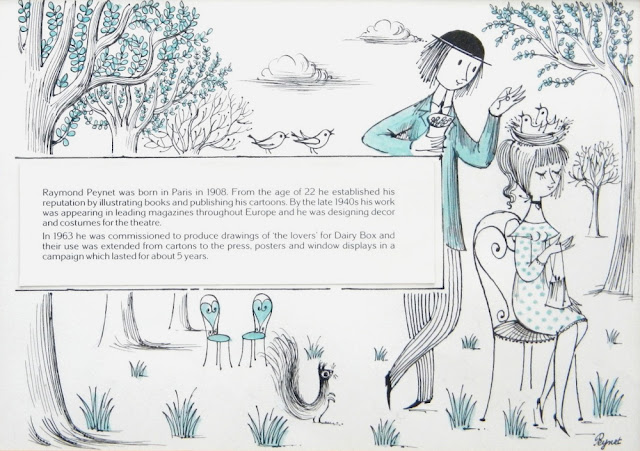 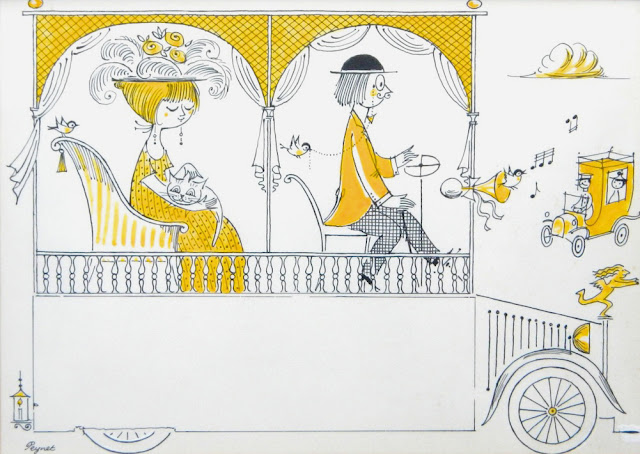 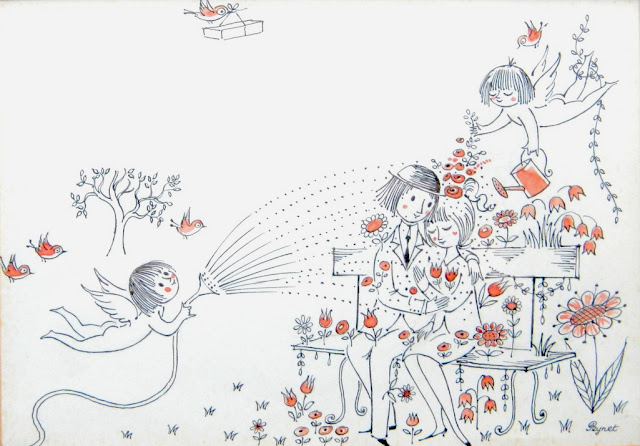 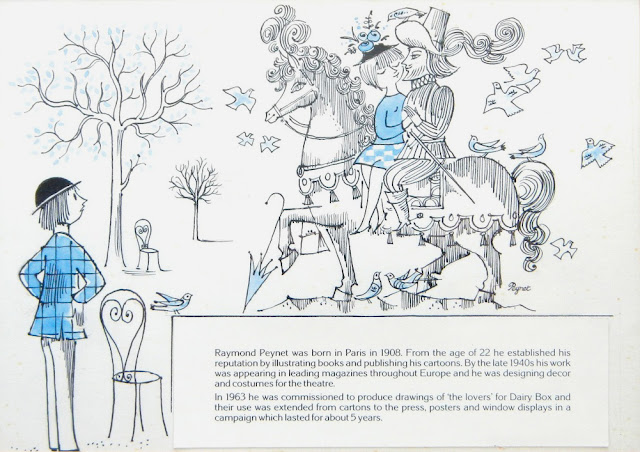 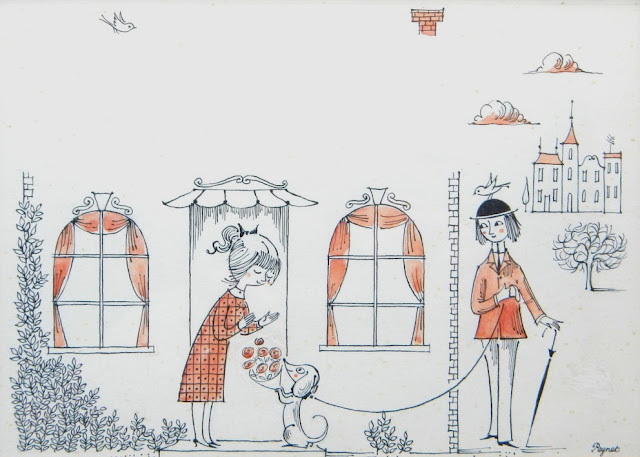 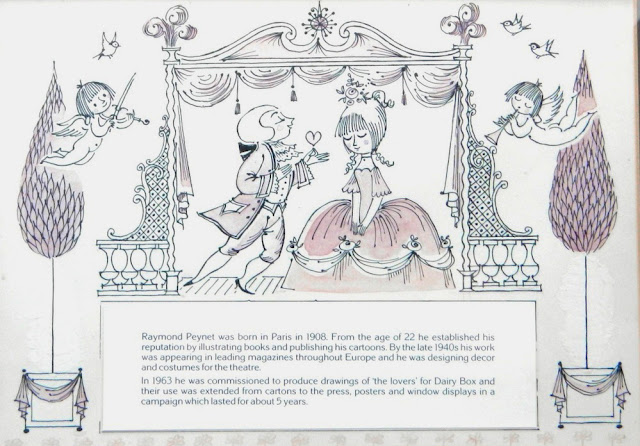 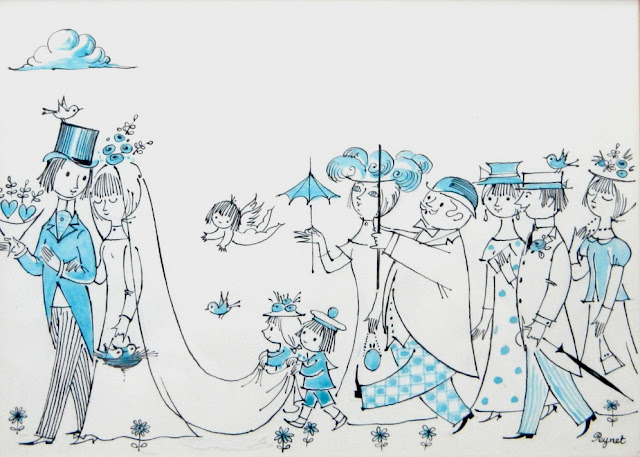 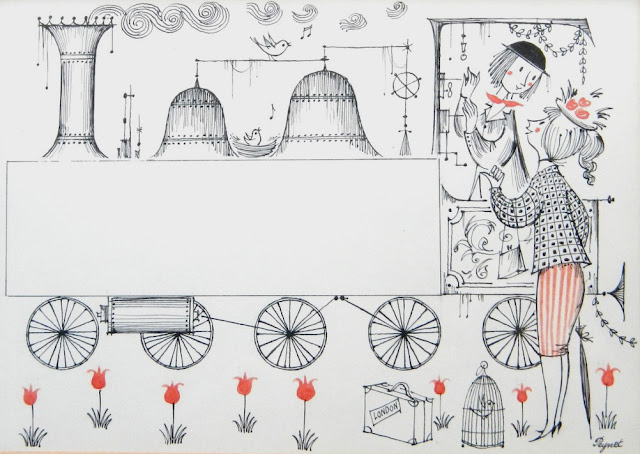