After service in the U.S. Navy during World War I, Held returned to New York City, where he gained fame and wealth for his drawings in the popular humour magazines Life, Judge, and College Humour. These drawings conveyed a spirit of the era comparable to that in the writings of F. Scott Fitzgerald. In particular, Held created such immortal characters as the short-skirted, short-haired “flapper,” who rolled her stockings and used a long cigarette holder, and her escort, who wore a raccoon coat, had patent-leather hair parted in the middle, smoked a pipe, and carried a hip flask. Held’s ability to point up the foibles of the time without sentimentality or bitterness made his cartoons notable. Also during the 1920s, he drew two comic strips: “Merely Margie, an Awfully Sweet Girl” and “Rah, Rah, Rosalie,” both of which ended with the Depression.

This is part 6 of a 6-part series on the works of John Held Jr: 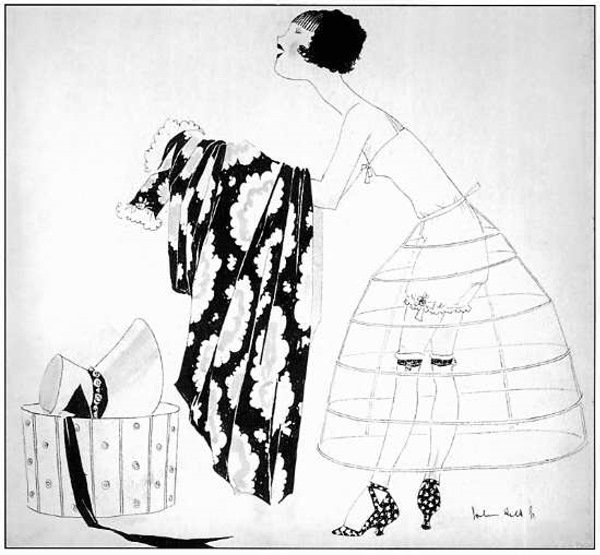