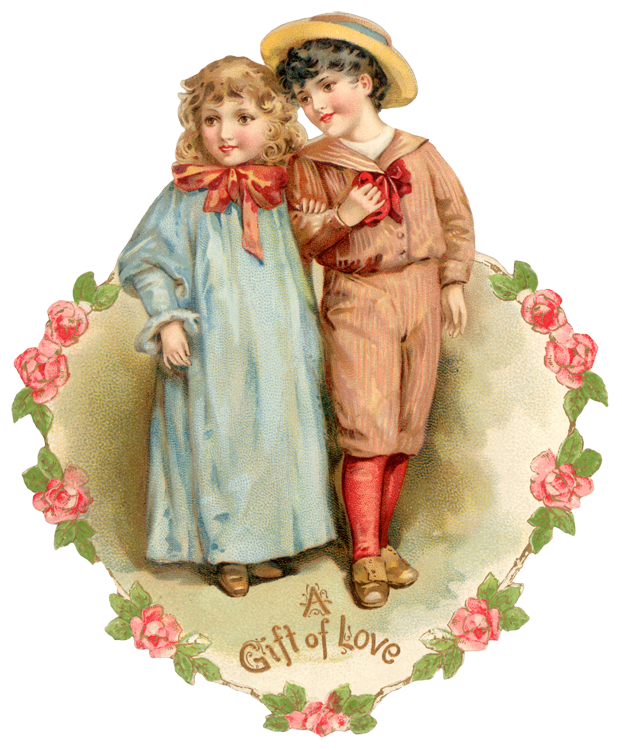 St. Valentine's Day began as a liturgical celebration of one or more early Christian Saints named Valentinus. Several martyrdom stories were invented for the various Valentines that belonged to February 14th, and added to later martyr histories.

The day was first associated with romantic love in the circle of Geoffrey Chaucer in the High Middle Ages, when the tradition of courtly love flourished. In C18th England it evolved into an occasion in which lovers expressed their love for each other by presenting flowers, confectionary, and for sending greetings cards known as "Valentines". Symbols employed include heart shapes, doves, flowers and winged cupids, Since the C19th hand-written valentines have given way to mass-produced cards.

Richard "Dickie" Doyle (1824 - 1883) was a notable illustrator in the Victorian era. His work frequently appeared, amongst other places, in "Punch" magazine - he drew the cover of the first issue and designed the magazine's masthead, a design that was used for over a century.