I went to see "Quilts 1700 - 2010" at the Victoria and Albert Museum in London last week which is what it says on the tin - a comprehensive exhibition of British quilts dating from 1700 to the present day shown for the first time.

The exhibition consists of 65 beautifully crafted quilts, predominantly
from the Victoria and Albert's own collection but also including a number of important loans and new works by contemporary artists, many of which have been commissioned especially for the show. Some of the early quilts have retained immensely rich colours while others have faded gracefully. Personally I like the ones with naive imagery on them that tell stories. 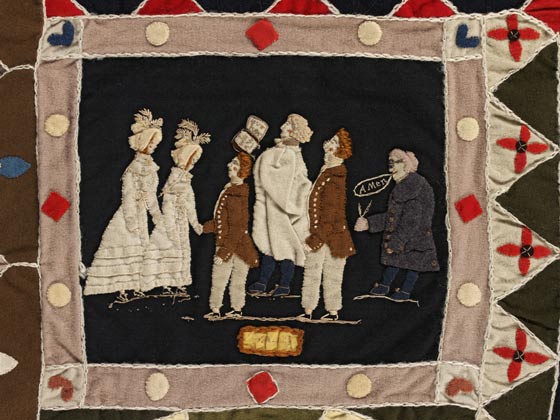 Detail from a coverlet by Ann West 1820

Earliest examples include a sumptuous silk and velvet bedcover, with an oral narrative that links it to King Charles II's visit to an Exeter manor house in the late 17th century. Recent examples include works by leading artists such as Grayson Perry and Tracey Emin and commissions for the exhibition by a number of contemporary artists including Sue Stockwell and Caren Garfen. 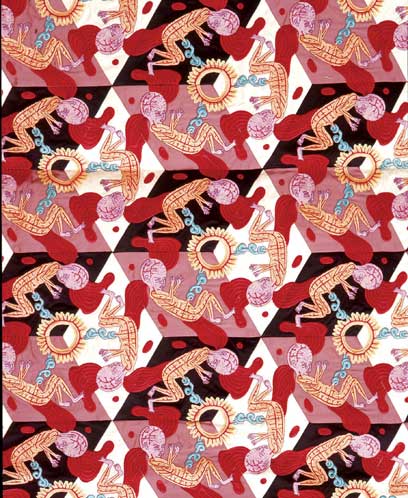 The curators have unravelled some of the complex personal narratives and broader historical events documented in the quilts. Examples by both named and unnamed makers are on show with objects relating to their subject matter and makers, including paintings and prints, as well as needlework tools and personal keepsakes. One example is a cot quilt made at Deal castle, displayed for the first time alongside the maker's diary and portraits of the two grandchildren who slept under it. 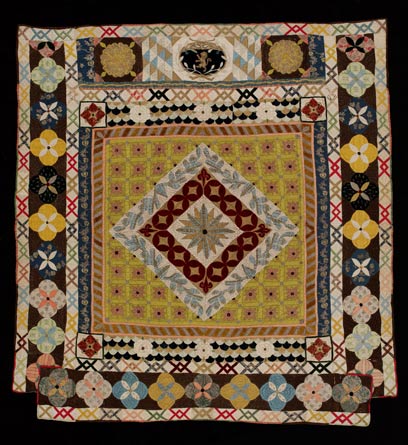 The exhibition is presented chronologically and thematically. The contemporary works are woven throughout following the themes: 'The Domestic Landscape', 'Private Thoughts, Public Debates', 'British Eccentricity', ' Making a Living' and 'Memory and Memorial'. Together the quilts document love, marriage, births, deaths, periods of intense patriotic fervour, regional and national identity and developments in taste and fashion. Contemporary pieces are embedded within the five sections in an organic way, inviting links between historic examples and the work of artists practicing today. 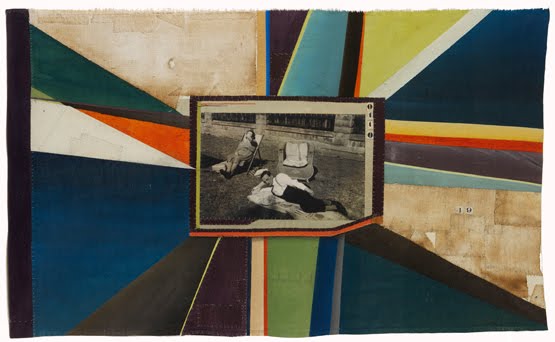 On loan for the very first time from the National Gallery of Australia is the 'Rajah' quilt, made in 1841 by women convicts aboard the HMS Rajah as they were being transported to Van Diemen's Land (present day Tasmania). The women used sewing provisions donated by Elizabeth Fry's social reform initiative to create what is now the only transportation quilt in a national collection, never before shown outside Australia. 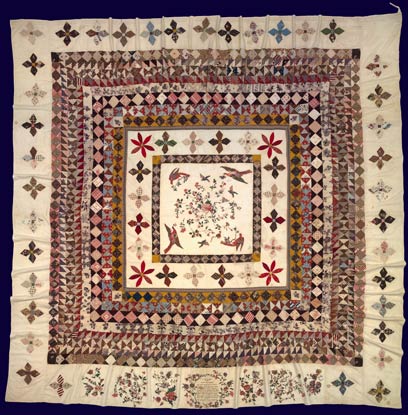 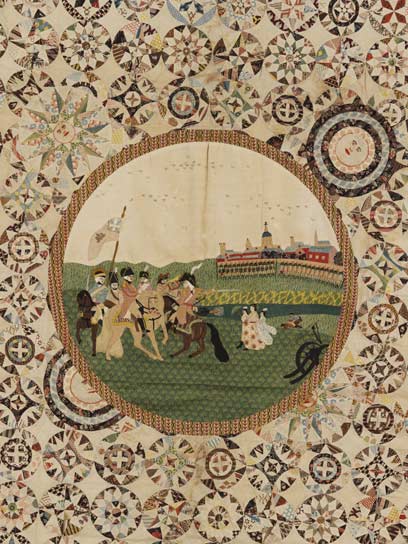 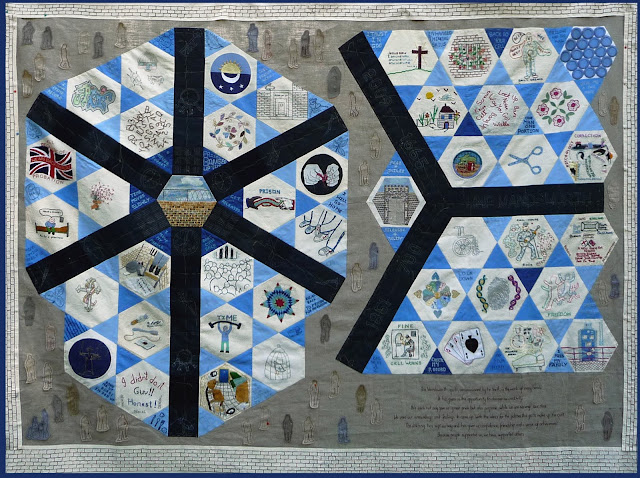 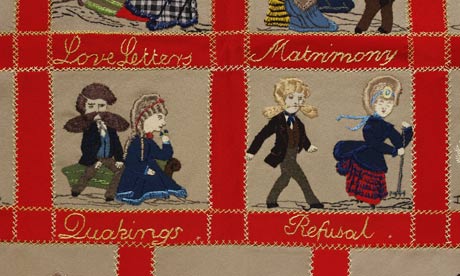 This is big exhibition and it takes a while to get around even without looking at every stitch, but if you're at all interested in textiles (particularly as social documents in this case), this is a fascinating and worthwhile exhibition to visit. It runs until 4 July.
Posted by Poul Webb at 17:39