A master with the pencil and paintbrush, David Hockney has never been content to leave his skills at that - he has always been irresistibly drawn to experiment with new technologies – there were the Polaroid montages, the photocopier and the fax machine artworks that enjoyed great success.

When the iPhone came along and introduced it’s ‘Brushes’ app, Hockney was amongst the first to create artworks on it. This is a quote from the BBC website two years ago after the ‘Imagine’ arts programme featured Hockney:

“ORIGINAL DAVID HOCKNEY PHONE ART
To coincide with Imagine's Premiere of David Hockney - A Bigger Picture on BBC1 Tuesday 30 June at 10.35PM, the artist is giving away as downloads three of his recent original iPhone art images available for 48 hours only. You can put these digital images onto your phone or computer.
DOWNLOAD FOR FREE TODAY AND FOR THE NEXT TWO DAYS”
I downloaded mine and one of them is shown here: 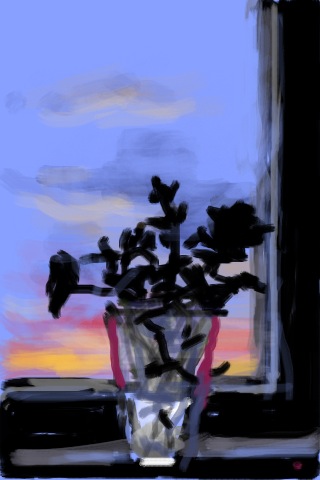 Hockney went on to use both the iPad and big screen iMacs with a Graphics Tablet. He composed his latest series of portraits and landscapes on screen before printing them out. They have the brushstrokes and subtle shadings that he was previously able to create only using traditional techniques.

Personally I much preferred the large scale portraits to the landscapes when they were shown at Annely Juda Gallery in London. This is what Hockney had to say about the work:
“The computer is a useful tool. Photoshop is a computer tool for picture making. It in effect allows you to draw directly in a printing machine, one of its many uses. One draws with the colours the printing machine has, and the printing machine is one anyone can have. They are now superior to any other kind of printing, but because it’s very slow, of limited commercial appeal.

I used to think the computer was too slow for a draughtsman. You had finished a line, and the computer was 15 seconds later, an absurd position for someone drawing, but things have improved, and it now enables one to draw very freely and fast with colour.

There are advantages and disadvantages to anything new in mediums for artists, but the speed allowed here with colour is something new, swapping brushes in the hand with oil or watercolour takes time.

These prints are made by drawing and collage, they exist either in the computer or on a piece of paper, they were made for printing, and so will be printed. They are not photographic reproductions." 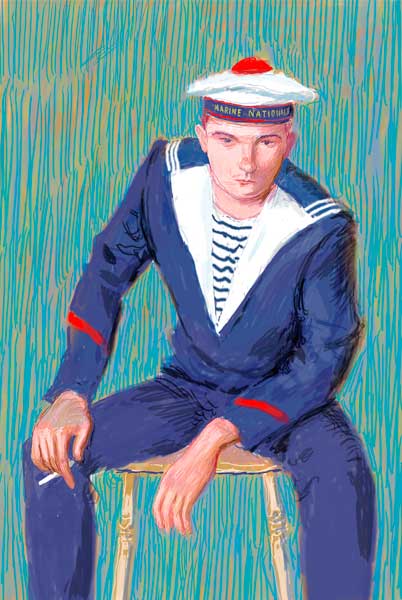 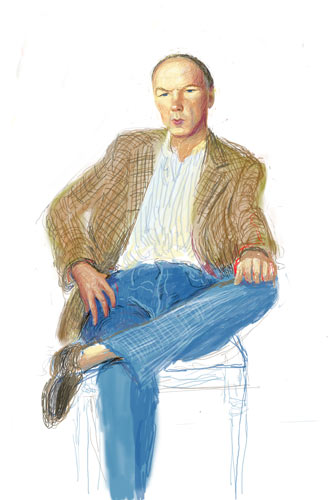 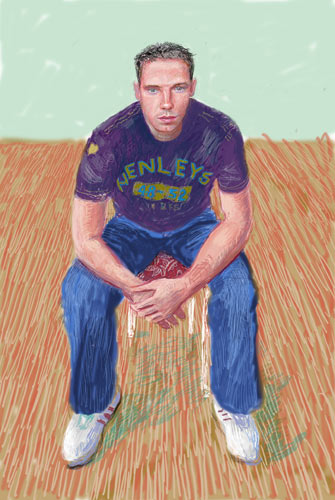 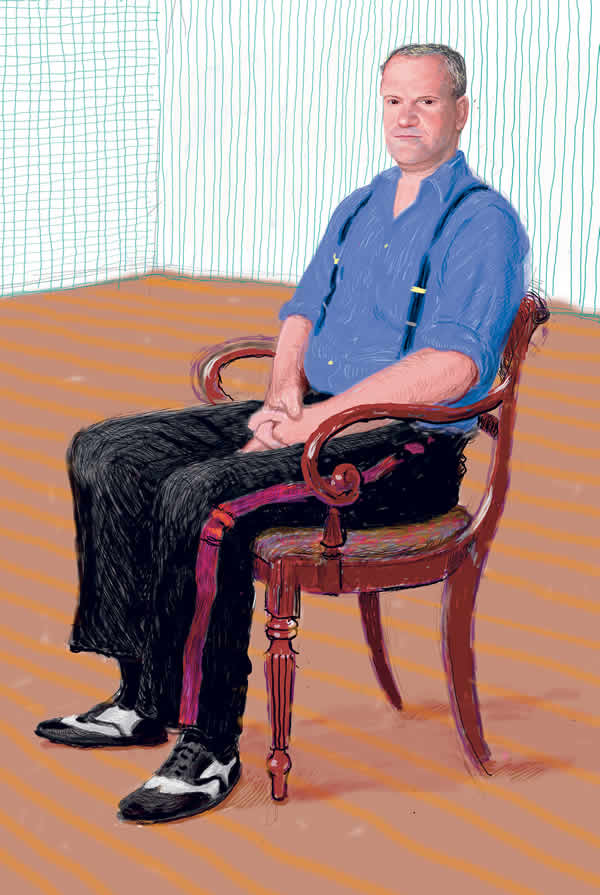 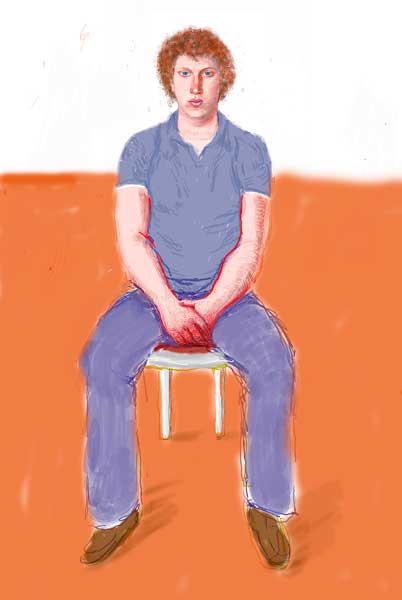 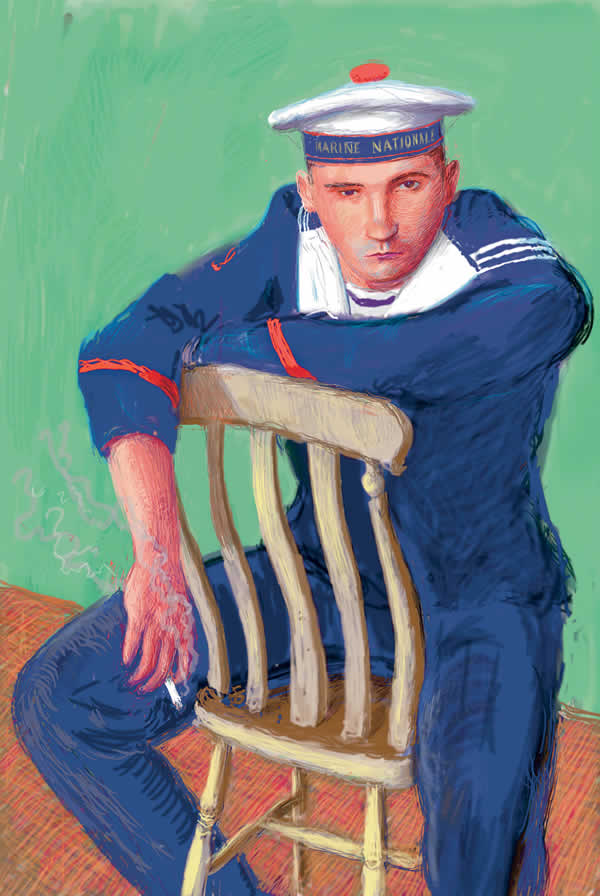 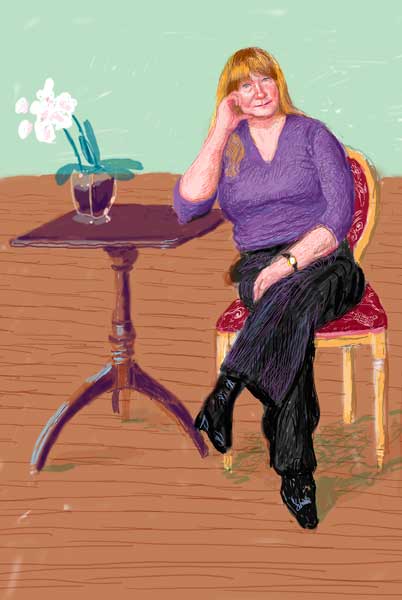 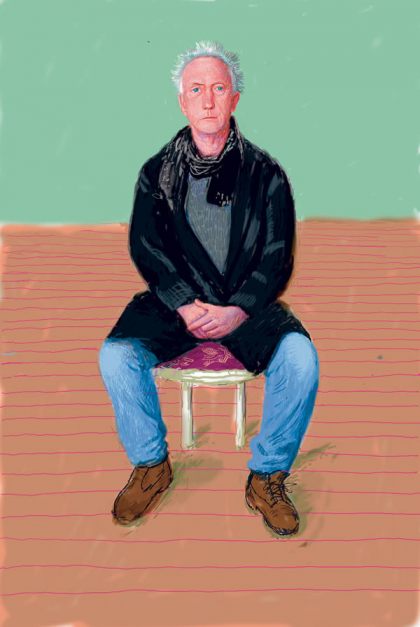 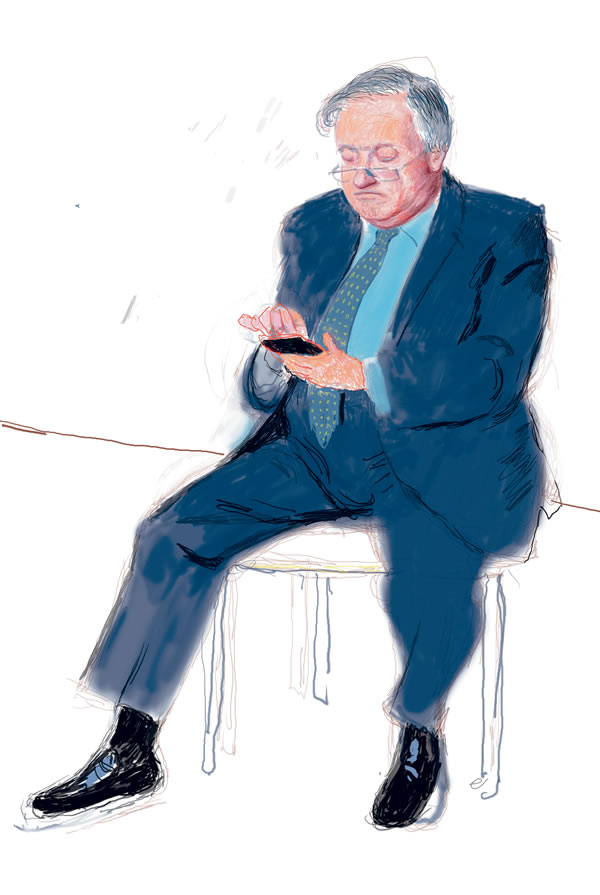 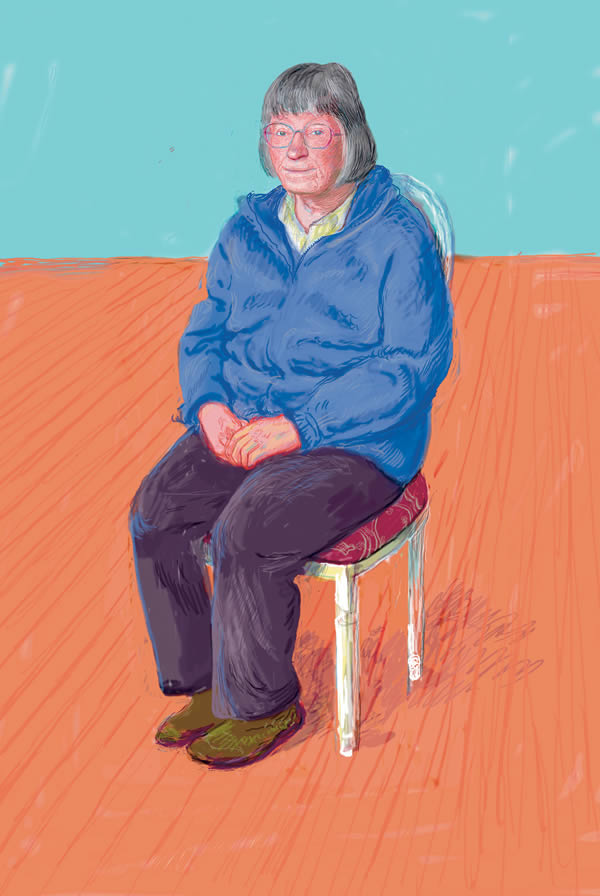 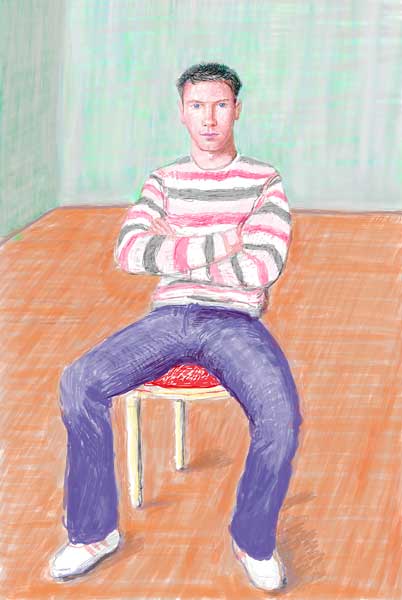 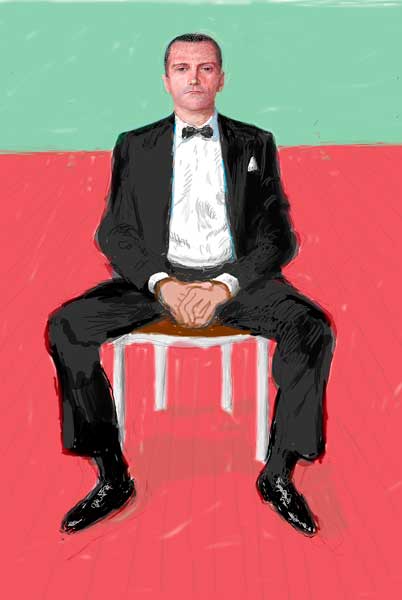 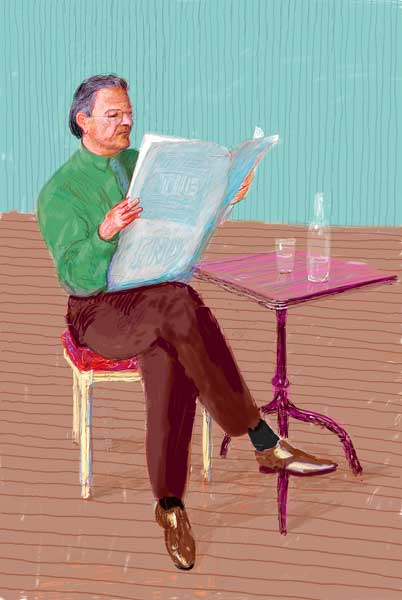