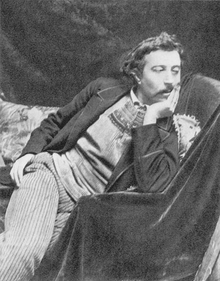 In the second of my posts this weekend to mark the big Paul Gauguin exhibition at Tate Modern, London, which ended today, I am looking at his most famous works from his time in Polynesia.

Inspired by the writings of Pierre Loti, and after his brief artistic venture with Van Gogh, Paul Gauguin arrived in Tahiti in 1891 on an official mission for the French Government.
His first two-year stay (1891 to 1893) was dedicated to the search that made it possible for him to later develope a new style of painting based on Tahiti's daily life and Polynesian mythology. He lived in Mataiea with a Polynesian woman named Teha’amana.

On his return to Paris his work generated a lot of interest amongst young painters because of its originality, the decorative character and the bright colours of the compositions, chosen to render feelings rather than reality. Among his former friends, Degas liked the new painting, others like Monet and Renoir disagreed. As to Pissarro, he thought it was improper for a civilized man to plunder the myths of Oceania, which he considered uncivilised.

In 1895 Gauguin returned to Tahiti. He settled in Punaauia, with Pau’ura, a 14 year old girl, but did not find again the happiness of his Mataiea days. Ill and hospitalised in Vaiami, he considered suicide, but it it was around this time that his paintings were the most filled with serenity - regarding his painting Nave Nave Mahana (Delightful Days 1896) he wrote: "It is indeed life outdoors, but however in the forest, forgotten streams, women whispering in an immense palace decorated by nature itself, with all the wealth hidden in Tahiti. Hence all the fabulous colours, the blazing but filtered and silent atmosphere". 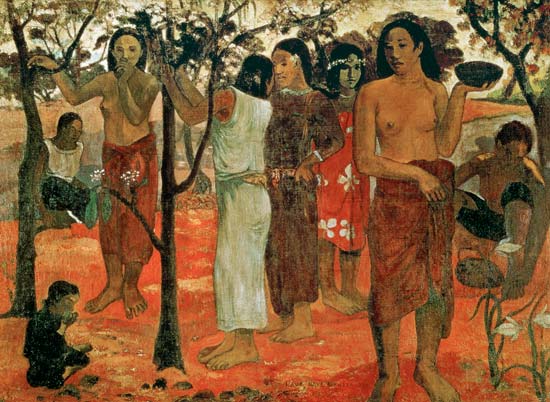 In 1897, he painted his painting Nevermore, a complex composition according to Françoise Cachin who wrote: " With Nevermore Gauguin created a classical nude which included his Tahitian model in the line of the works he admired so much: Ingres' great Odalisks or Manet's Olympia" 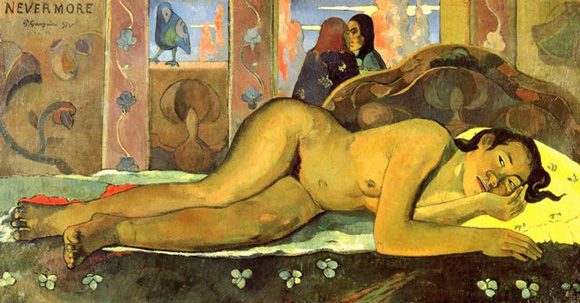 From 1901 until his death on May 8 1903, he lived in the Marquesas, in Atuona on the South coast of Hiva Oa, where he lived with a young female companion named Marie-Rose, and built his house on stilts "la maison du jouir” (the house of pleasure). There, he painted some twenty paintings where the colours were overwhelming. In the Marquesas, his demeanor deteriorated - he incited the locals not to pay taxes and not to send their children to a school that only taught them evil. He was sent to court and sentenced, but nothing changed. 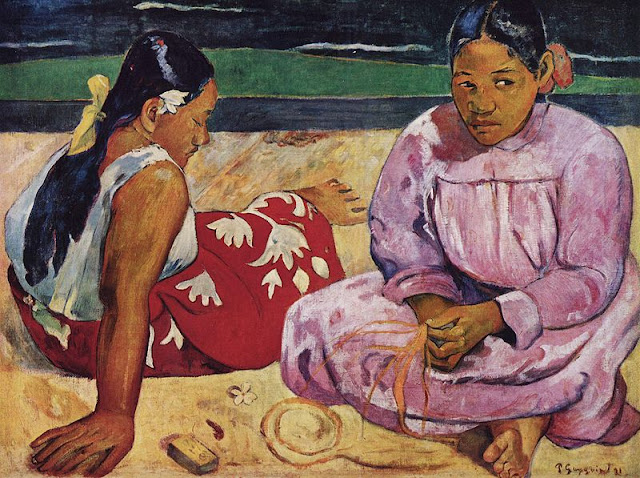 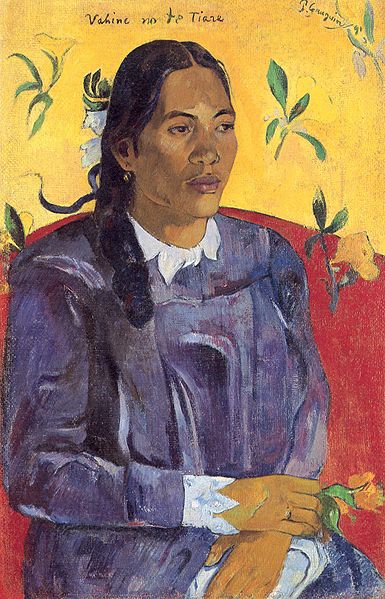 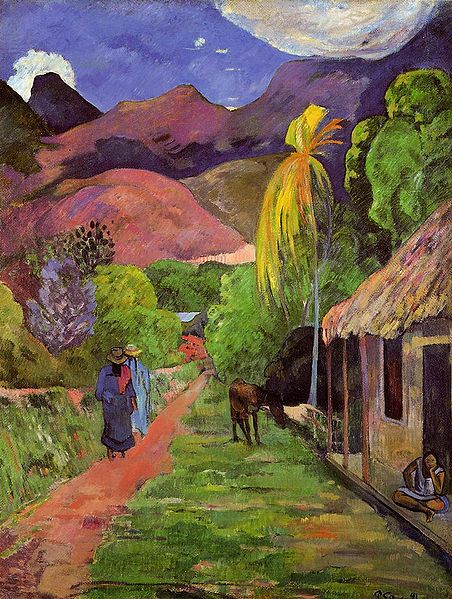 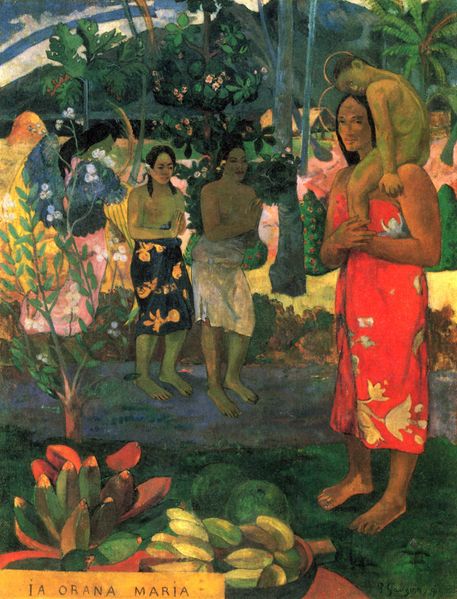 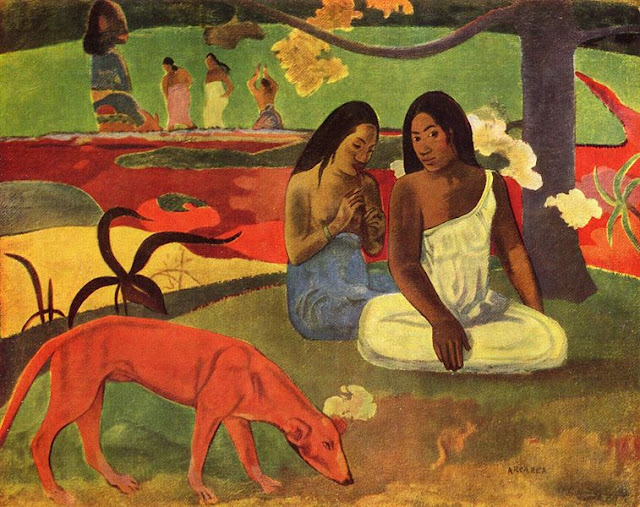 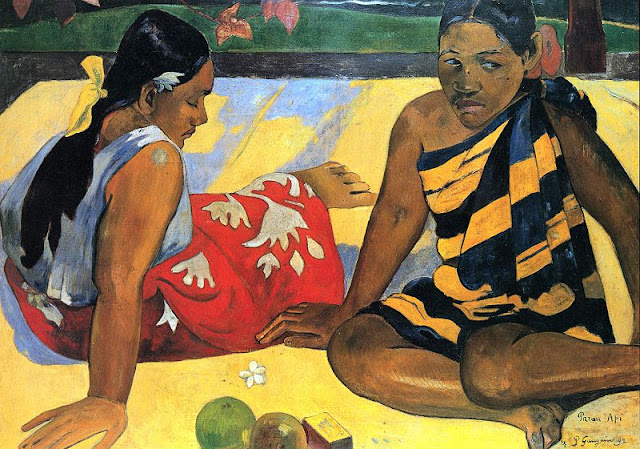 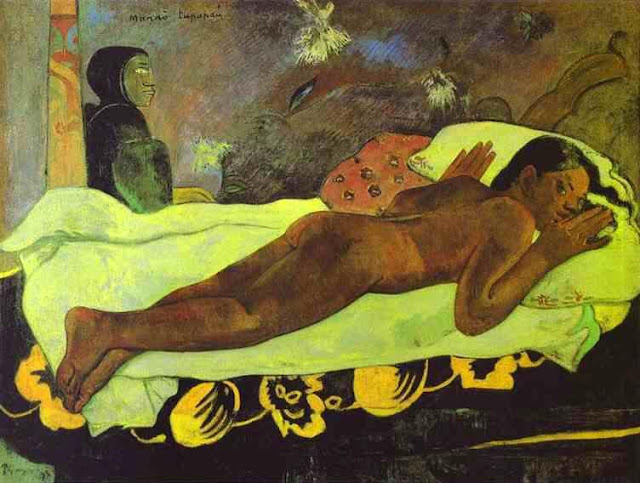 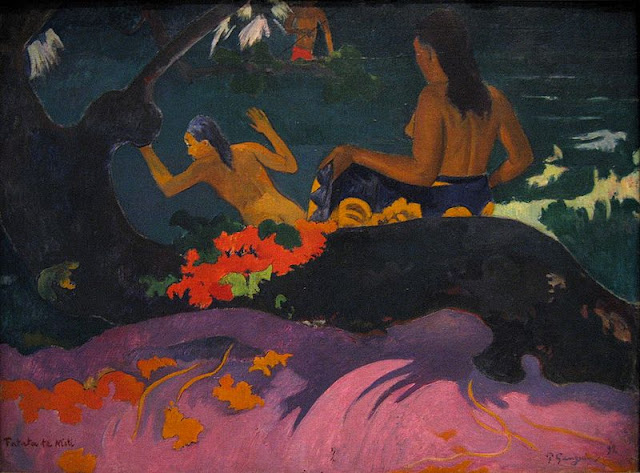 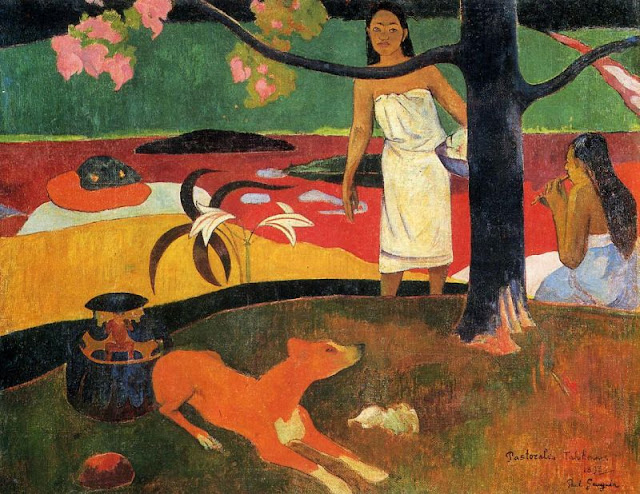 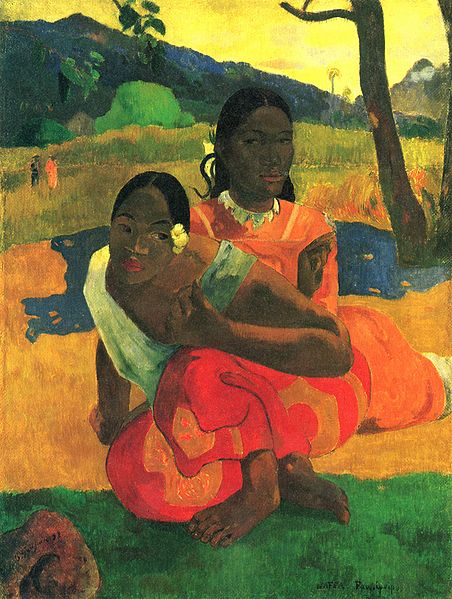 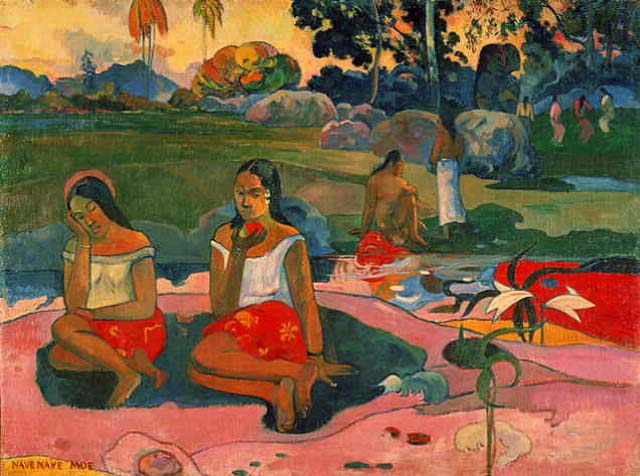 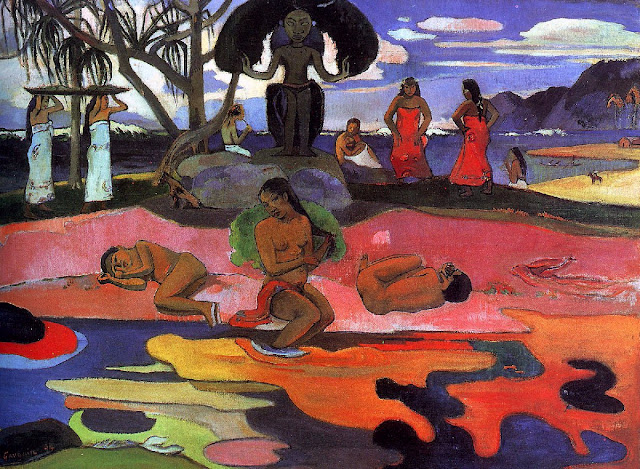 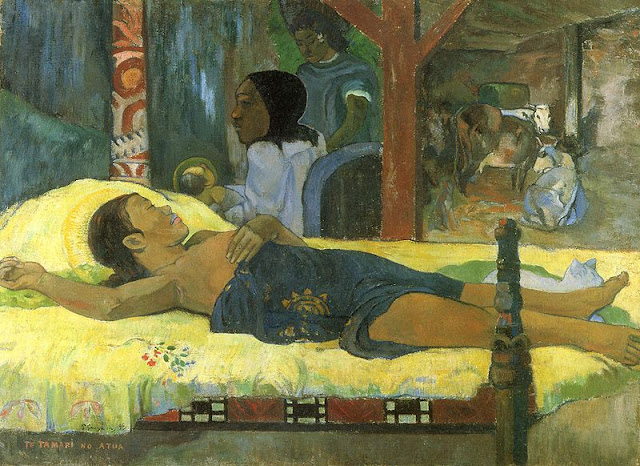 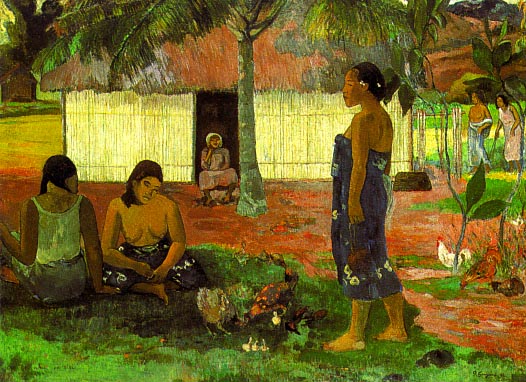 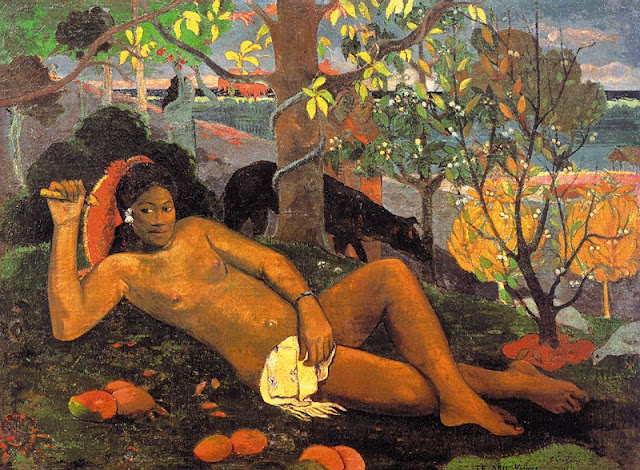 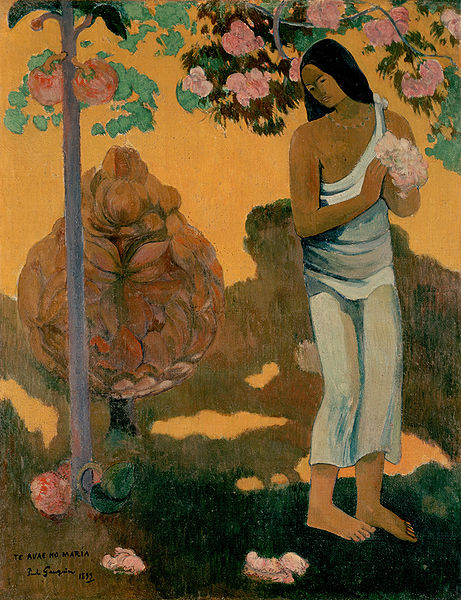 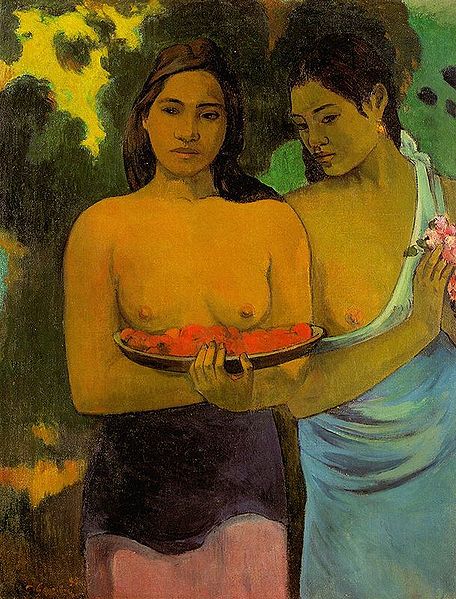