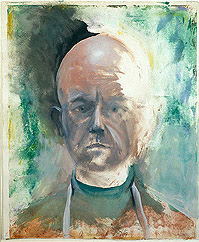 This is the third and last of three consecutive posts on pop artist Jim Dine - for biographical notes on Dine see Part I.

“I always need to find some theme, some tangible subject matter besides the paint itself. Otherwise I would have been an abstract artist. I need that hook… something to hang my landscape on” Jim Dine in Jim Dine: Five Themes, 1984

Alan Cristea Gallery, London (2010): Such is Jim Dine’s importance that his work has been celebrated in solo exhibitions from the Guggenheim to the Getty in his native America and in museums in major cities across the length and breadth of Europe over the past 55 years. As he nears his 75th birthday, the demand for his work from institutions and collectors grows ever greater and he still exerts enormous influence over contemporary art practice both here in the UK and abroad.

The “Heart”, one of his most enduring vehicles for his explorations of line and colour and one of his most expressive motifs, will be the common denominator in some 40 recent works, made in his studios in New York and Gottingen, Germany, and on a recent journey to India, which we will exhibit in both of our Cork Street galleries in April and May. 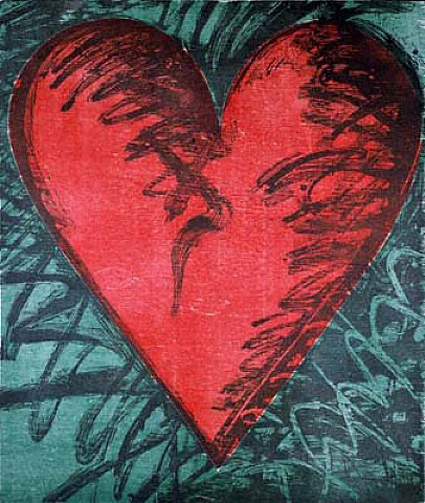 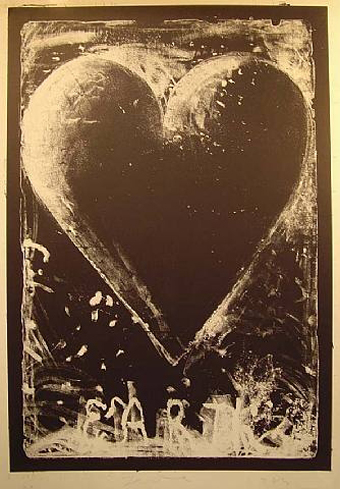 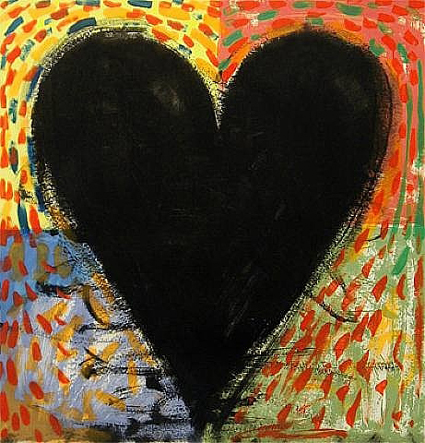 1986 Hand Painting on the Mandala 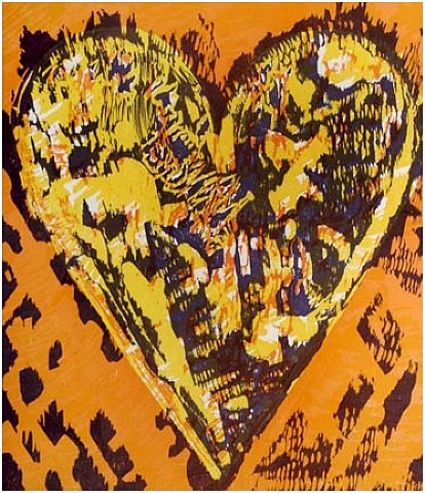 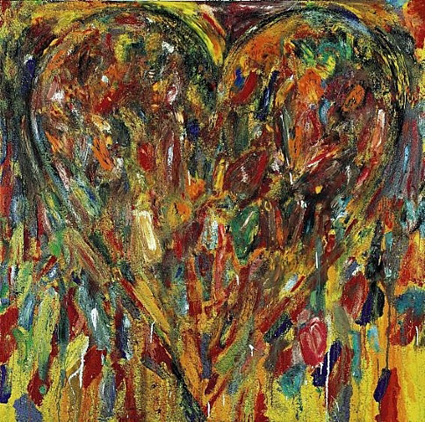 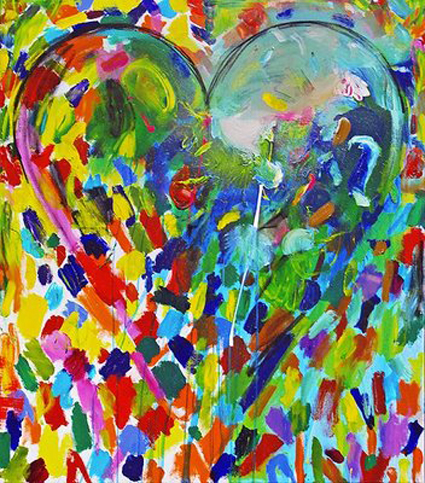 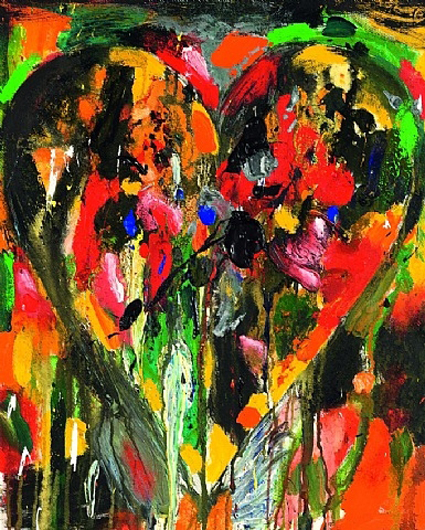 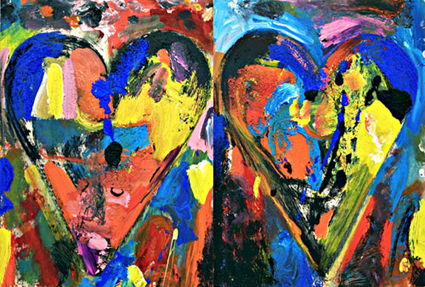 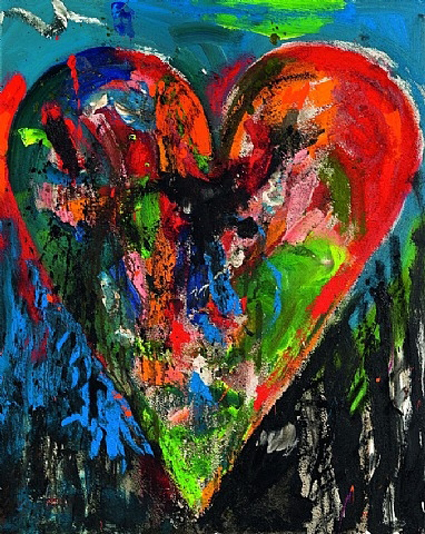 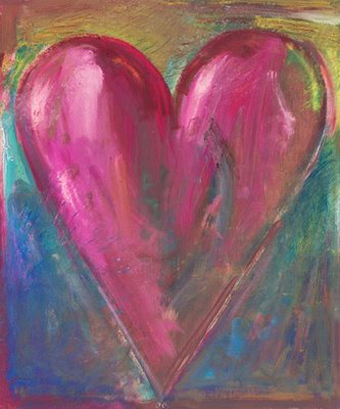 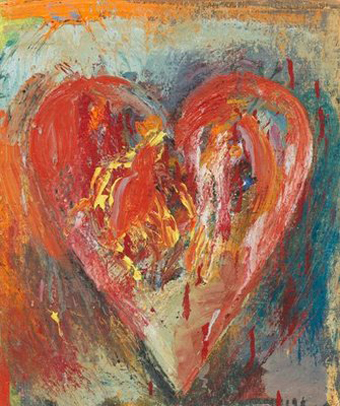 The Month of June no.2 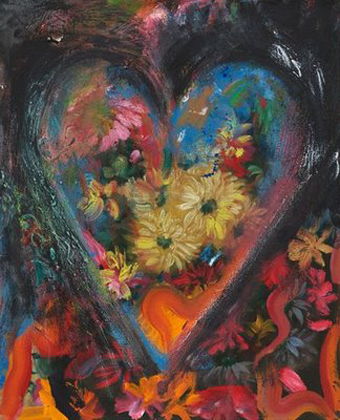 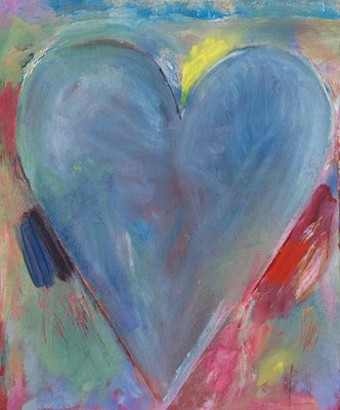 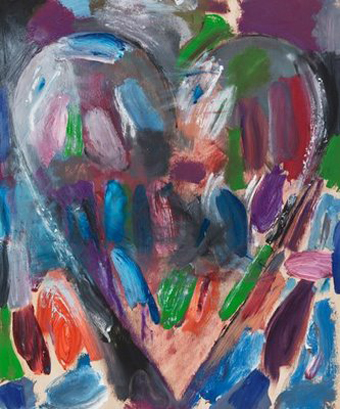 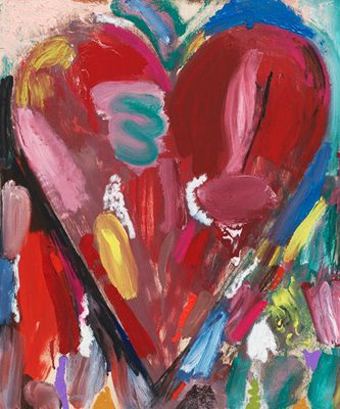 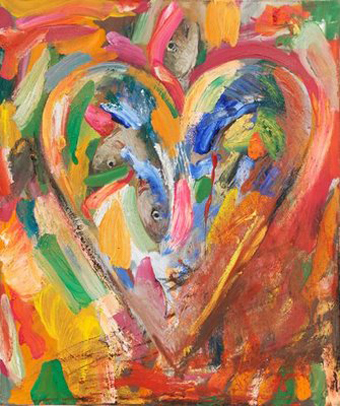