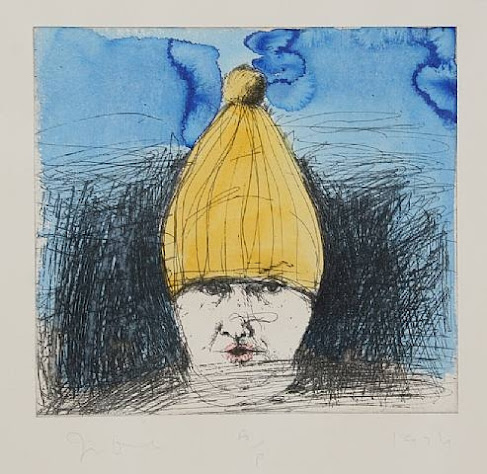 This is the second of three consecutive posts on pop artist Jim Dine - for biographical notes on Dine see Part I.

Over his career Jim Dine has produced many series of works focused on certain subject matter, tools, bathrobes and hearts amongst them. Dine began painting bathrobes in 1964; though some were titled or subtitled Self-Portrait. The bathrobe became a motif in his repertoire which he has returned to on many occasions, in prints as well as paintings. Though he claimed never to wear a bathrobe, nonetheless it is an article of collective faith that these are all, in a way, self-portraits.

Pictorially, Dine finds the motif convenient because, absent a human within protruding head and limbs, it neatly fits the rectangular limits of the supports he uses, be they paper, stretched canvas, or wood panel. Relatively flat as well, the bathrobe is an armature for the entire unfolding spectacle of his painterly and graphic invention, a design with which he has become increasingly familiar and adept, incrementally shedding its descriptive function until it stands alone as the thing itself, indivisible. 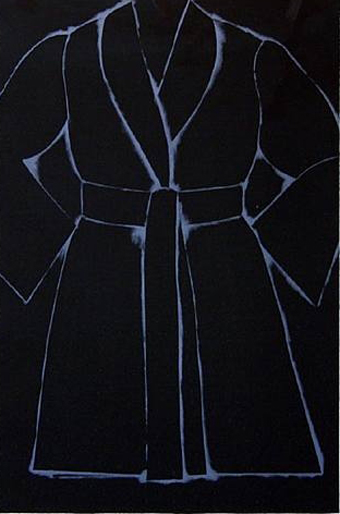 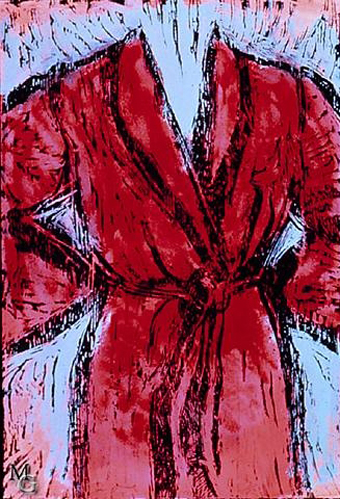 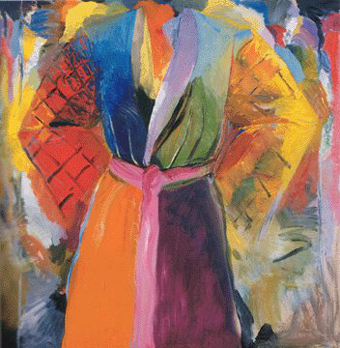 1984 The Robe Following Her 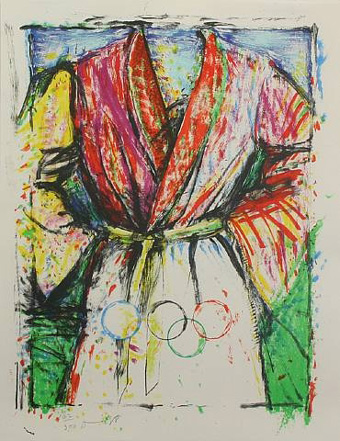 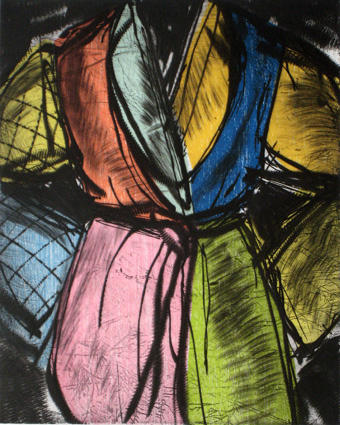 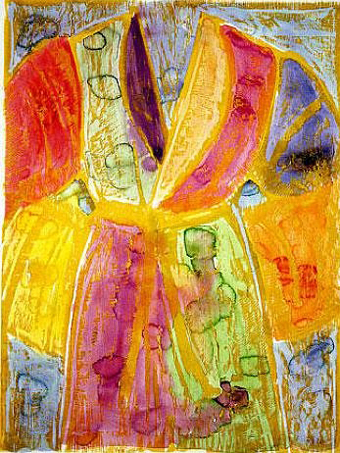 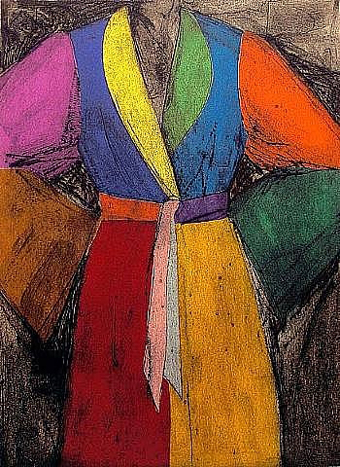 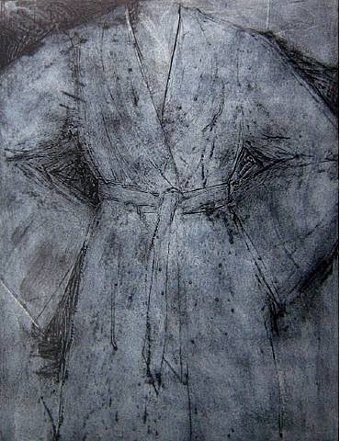 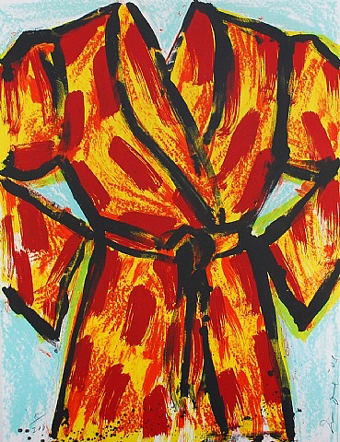 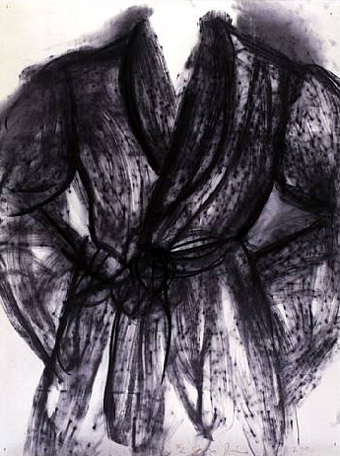 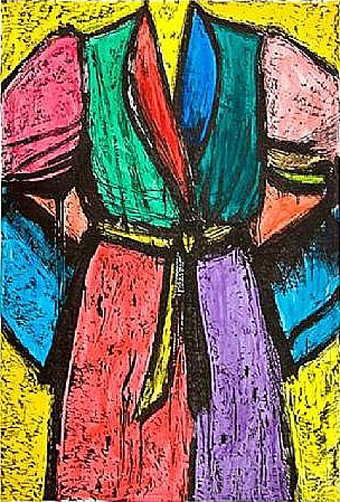 2007 July on the Palouse
woodcut 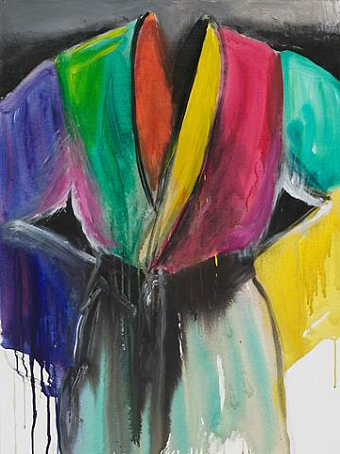 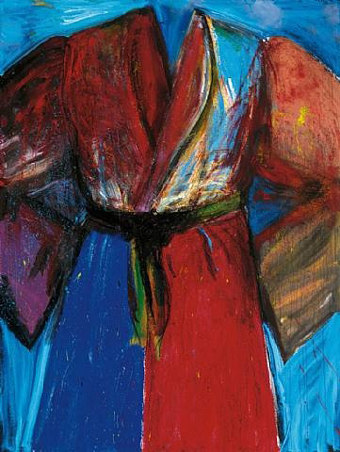 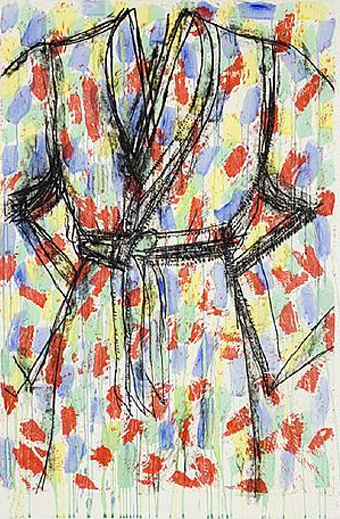 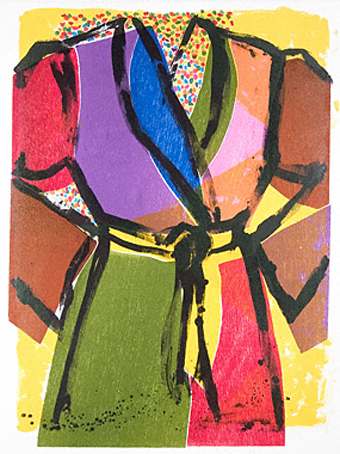