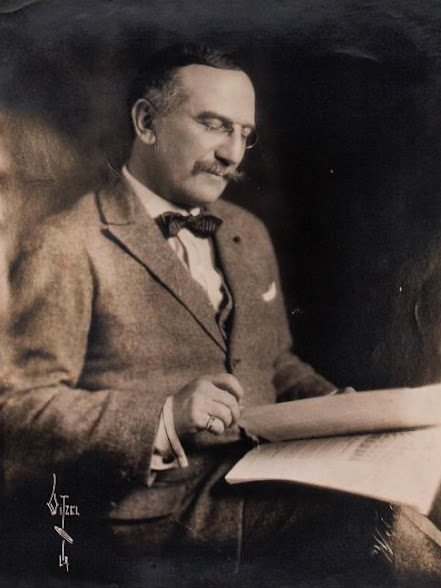 A much underestimated figure in Russian art, Leon Bakst is best known for the decorative art which he created for Sergei Diaghilev and the Ballet Russes. Fired by his love of colour, his brightly painted sets and richly coloured costumes combined extravagant designs with refined details to convey a heady atmosphere of Slavonic orientalism. This mixture of modern art with traditional Russian folk art inspired dancers and audiences alike. He became artistic director for Diaghilev in 1909, and his stage designs rapidly brought him international fame. Among his finest creations were the designs for Tchaikovsky's ballet Sleeping Beauty (London, 1921). Bakst also excelled at graphic art, indeed his first real success came in 1898 after he co-founded the influential "World of Art" group, sponsored by Savva Mamontov (1841-1918), and took charge of the illustration of the group's "World of Art" periodical. His exceptional talent at drawing and sketching is exemplified by his pen and ink drawing of Isadora Duncan (1908, Ashmolean Museum, Oxford).

Although less well-known than many of his contemporaries, Bakst remains one of the most influential of Russian artists, and was chiefly responsible for the visual impact of the Ballets Russes. He revolutionised the design of theatrical scenery and costumes, and ranks among the most influential modern artists of the early 20th century.

This is part 6 of 9 on the works of Léon Bakst:

La belle au bois dormant (The Sleeping Beauty) continues in part 6 of this series on Léon Bakst.
Posted by Poul Webb at 14:39