More photography in the next post, but first another Abstract Expressionist. In my last post, on Milton Avery, I mentioned that Avery was a friend of Adolph Gottlieb. Gottlieb (1903 – 1973) was born in New York and left high school in 1920 to work at odd jobs while taking night classes at the Art Students League with John Sloan and Robert Henri. Through these painters, Gottlieb learned of the revolutionary breakthroughs in European painting. After a disappointing trip to Paris, where he met none of the French artists he had heard about, he returned to the United States to finish high school and continue painting. By the mid-thirties, Gottlieb was exhibiting regularly with ‘The Ten’, a New York group of avant-garde painters. In 1937 he moved to a small community outside Tucson, Arizona with his wife Esther.

In Arizona, his subject matter changed as he became concerned with the natural forms that would continue to mark all of his subsequent work. A feeling of isolation prompted his return to New York in 1939 and from there he went to Gloucester where he began to paint beach still-lives in three-dimensional boxes set against deeply receding spaces. He soon abandoned this form, but these experiments led to his pictographs of the forties-stylized motifs based on human and natural forms isolated in compartments. For Gottlieb the pictographs were his adaptation of Surrealist automatism-the result of free association. Later, he would reduce these pictographs to an increasingly basic structure: the grid. The next step occurred in a painting divided into two parts: in the lower section he placed the interwoven lines of a grid; on top of this he drew a horizon line above which floated five areas of colour in varying geometric shapes. This was the first of a series to be known as ‘Imaginary Landscapes’.


Over the years, Gottlieb's canvases became increasingly monumental in size while the images grew simpler. In 1957 the rigid format of the Landscapes dissolved into the fluid space of the ‘Bursts’ in which two images are contrasted: a peaceful sun-like disc above, and an angry ball of undifferentiated matter below.

As Gottlieb's structures became simpler he became increasingly concerned with the intensity, nuance and feeling inherent in the juxtaposition of colour.

Gottlieb spent the last part of his life in East Hampton, Long Island, amid the natural things that gave him the greatest inspiration. He suffered from paralysis during the last years of his life and died in 1973. 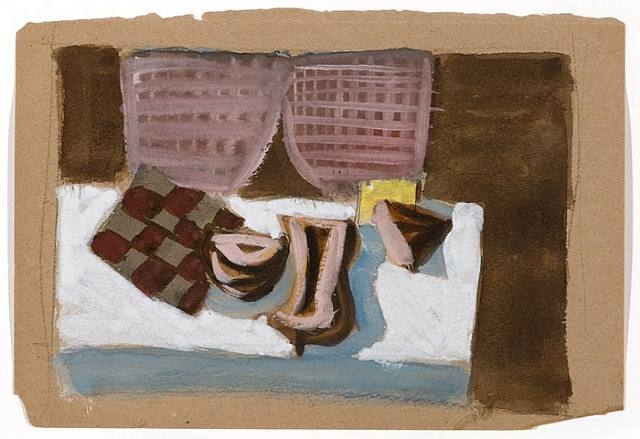 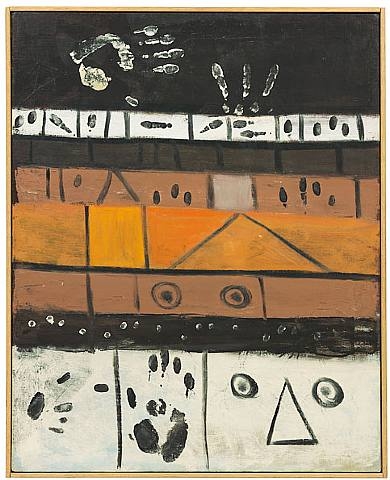 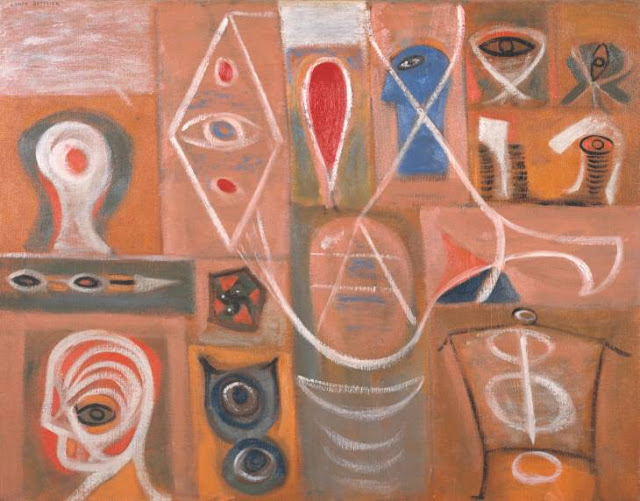 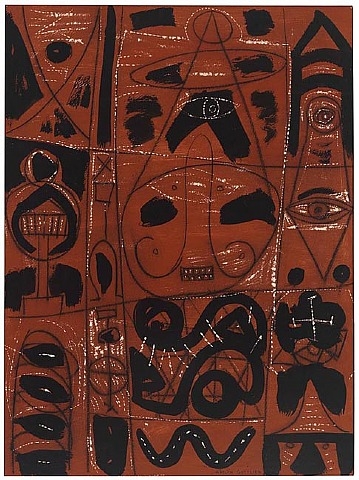 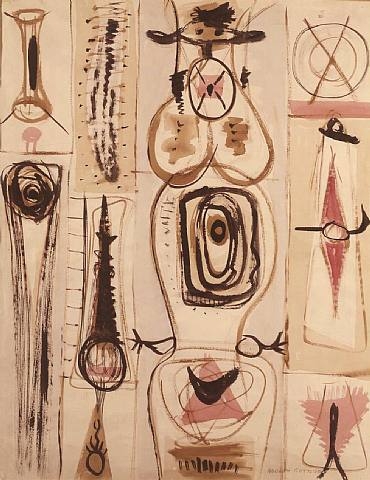 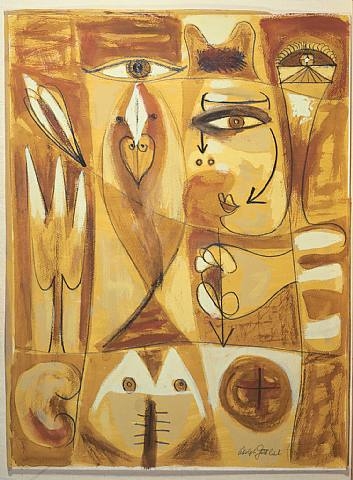 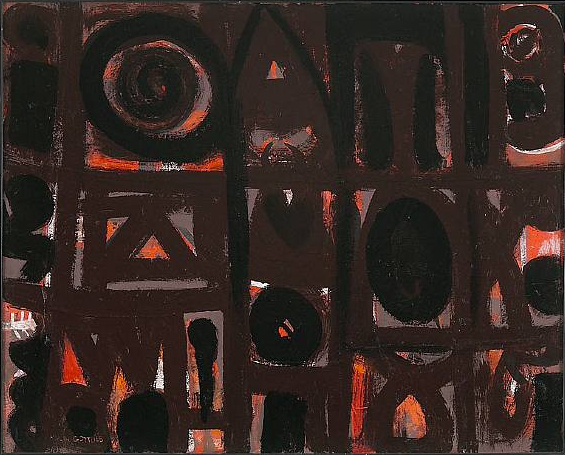 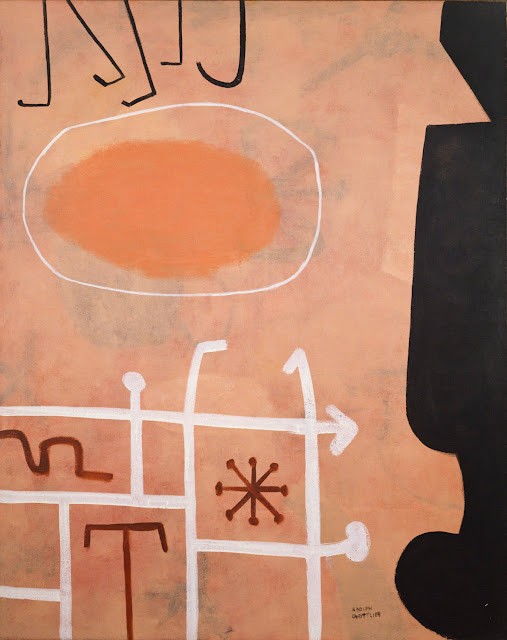 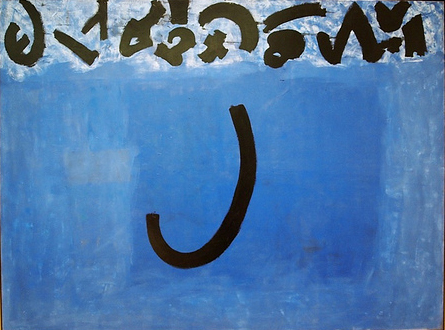 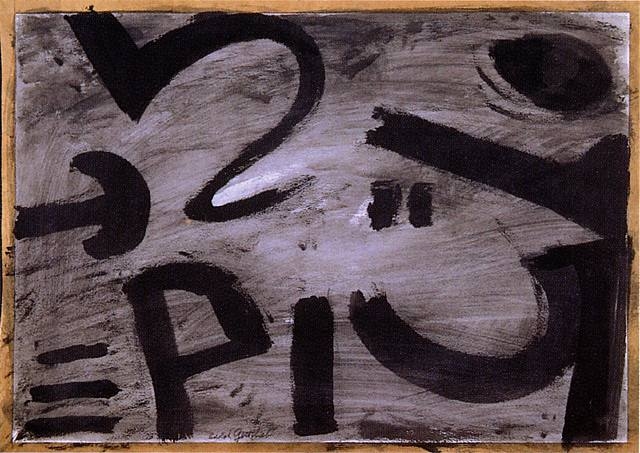 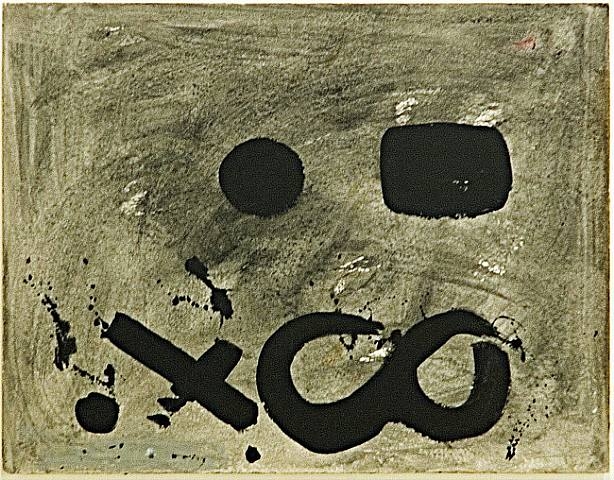 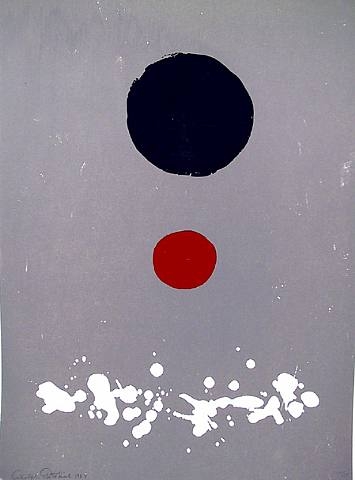 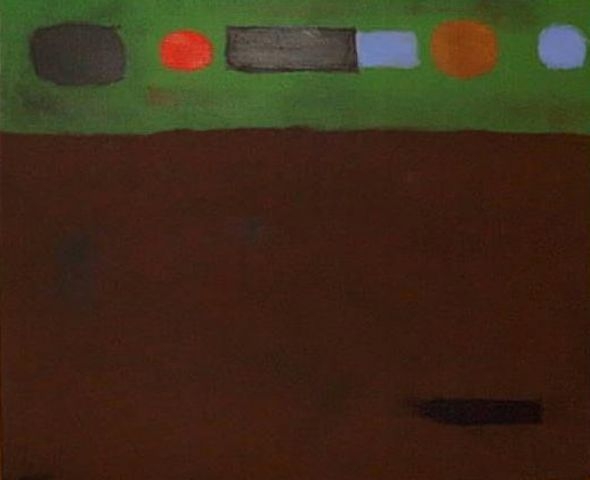 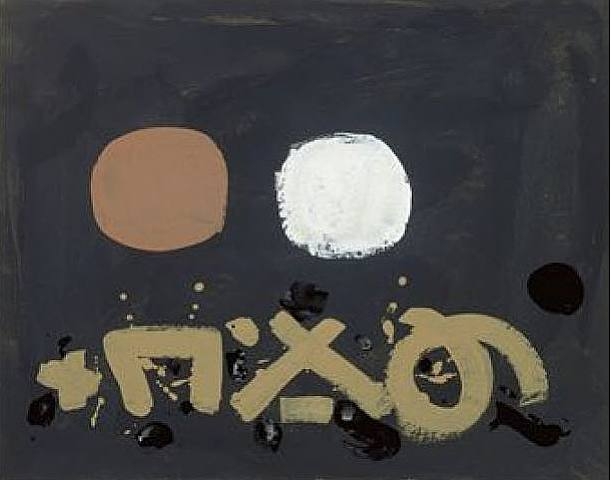 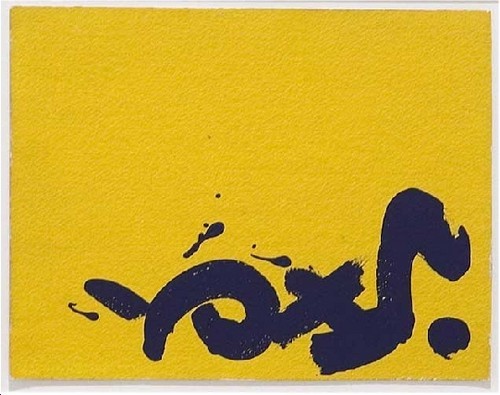 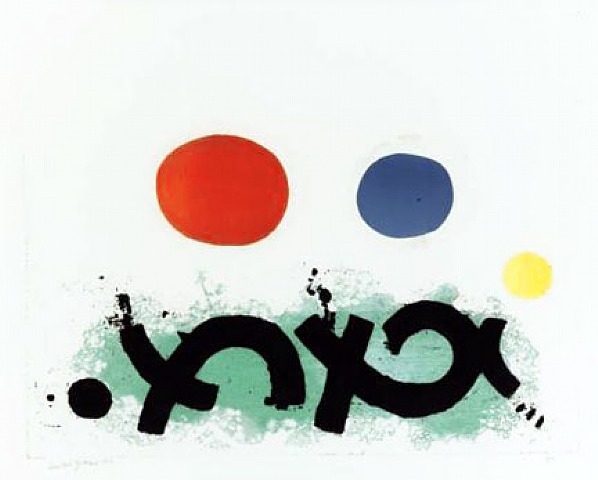 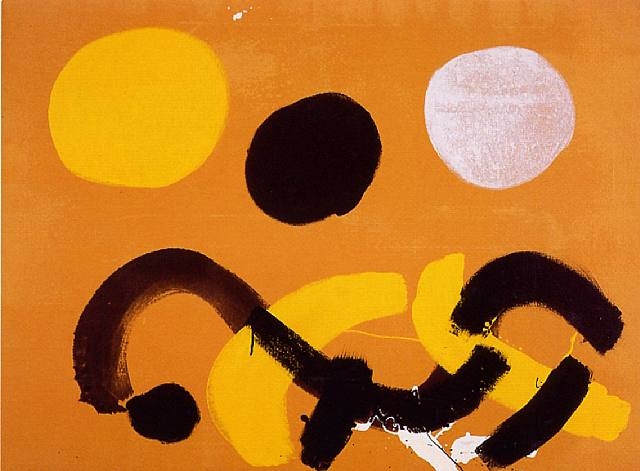 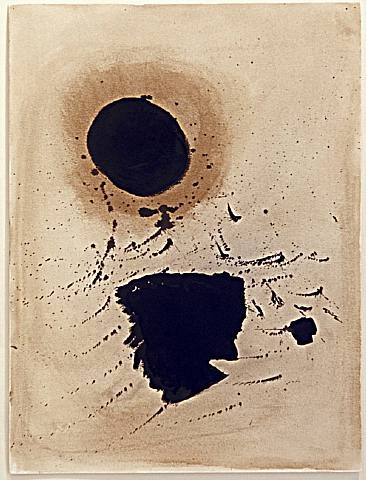 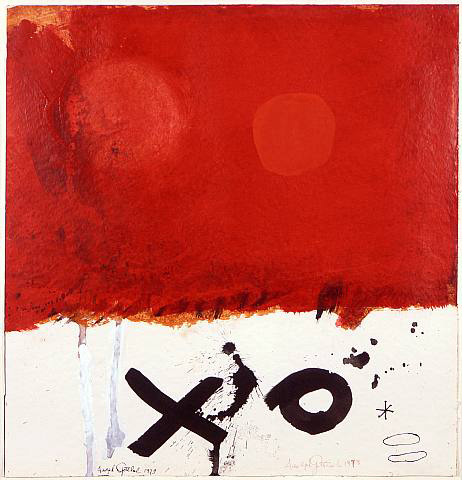