I love Joe Goode’s current work. An unfortunate fire that destroyed a whole body of work in 2005 led Goode to reassess his output, and consequently create some stunning imagery. Goode was born in 1937 in Oklahoma City, and from 1959 to 1961 attended the Chouinard Art Institute in Los Angeles. Famous for his ‘Pop Art’ milk bottle paintings and cloud imagery, Goode's first solo show was in San Francisco in 1962 at the Dilexi Gallery.

In the same year his work was included, along with Roy Lichtenstein, Andy Warhol, Jim Dine, Phillip Hefferton, Robert Dowd, Edward Ruscha and Wayne Thiebaud in the historically important and ground-breaking New Painting of Common Objects at the Pasadena Art Museum. This historical exhibition is considered one of the first ‘Pop Art’ exhibitions in America.

In 2004 Joe Goode began work on a group of paintings that re-examined his past work. Each oil painting featured a photograph affixed to the face, which represented every major series he had produced to date. Goode then used a gas torch to burn holes in the completed piece, which when hung, cast haunting shadows on the wall beneath. After a year’s work, this body had grown to around 40 pieces. These paintings were destroyed in a fire in Goode’s studio in 2005.

From this fire, Goode created three new bodies of work. These series marks important changes in Goode artistic process – using the photograph as a means for making larger paintings, and the last time Goode would use oil paint, and the first time, at age 68, he would use acrylic.

Over the years, Joe Goode has combined various traditional and non-traditional media in the creation of his artwork. He has explored images which project a way of seeing ‘in and out’ and ‘up and down’ as well as things that can be seen through: milk bottles, oceans, waterfalls, clouds and torn skies. While his subject matter has remained relatively consistent over the years, he has revisited each theme using different media, aiding him in finding unique ways in which he continues to work. 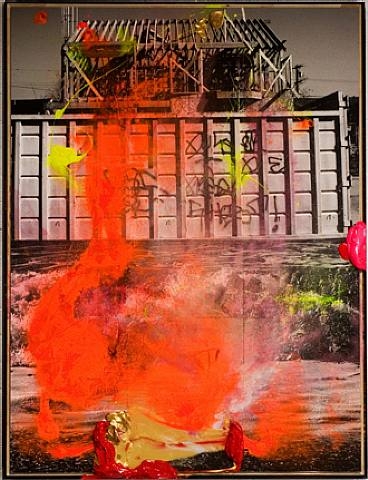 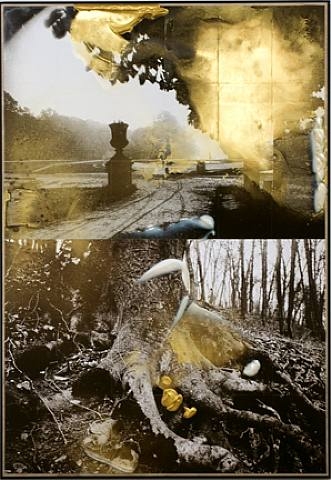 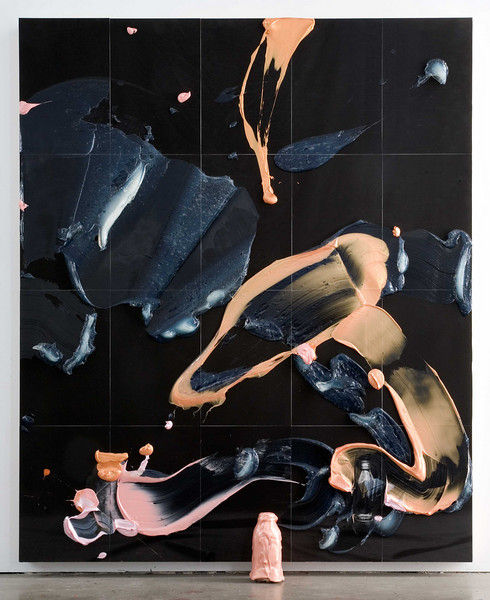 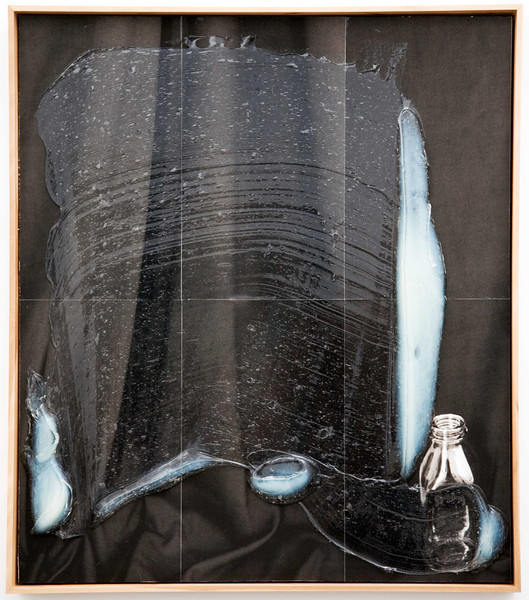 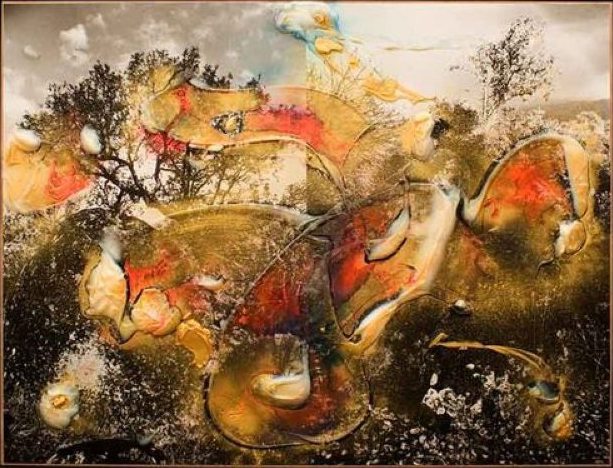 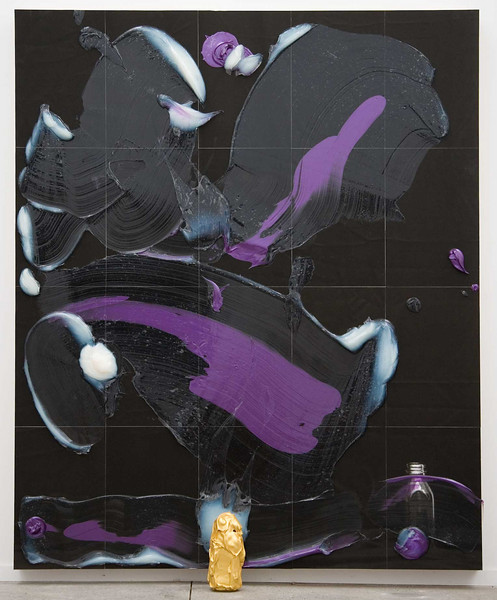 2008 Milk Bottle Behind the Scenes 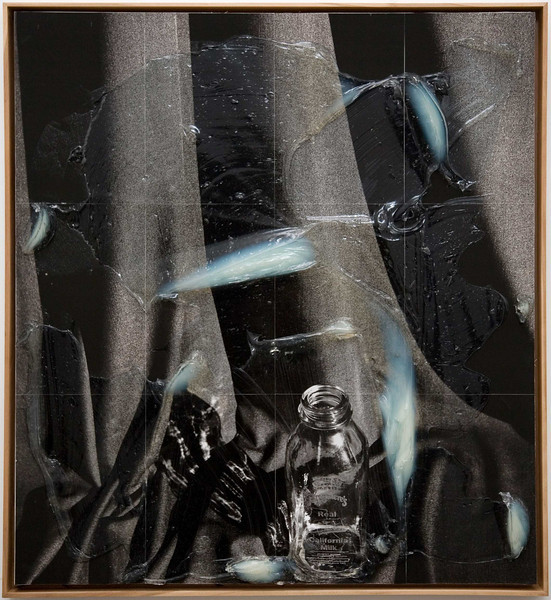 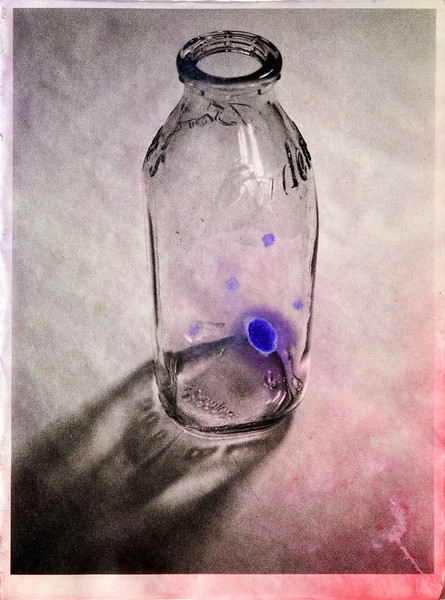 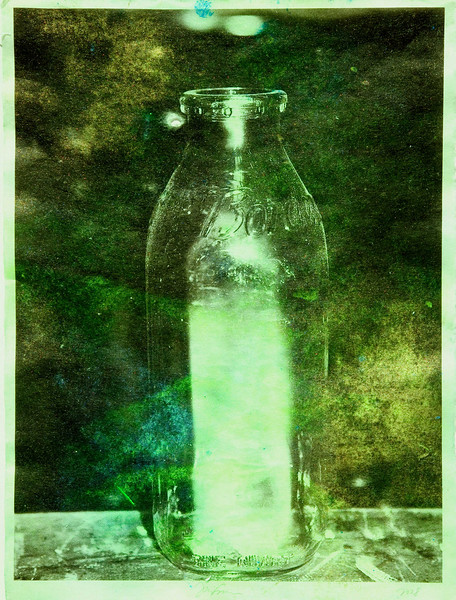 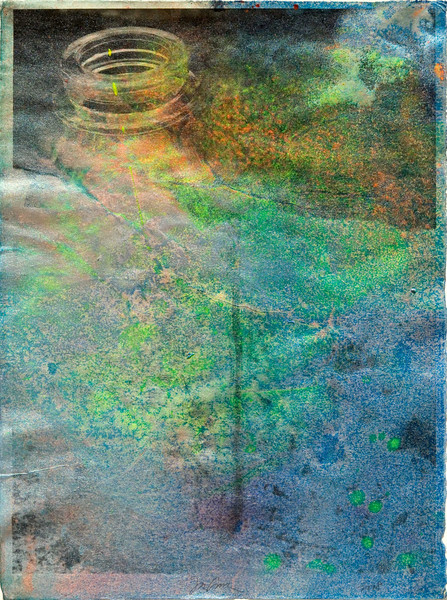 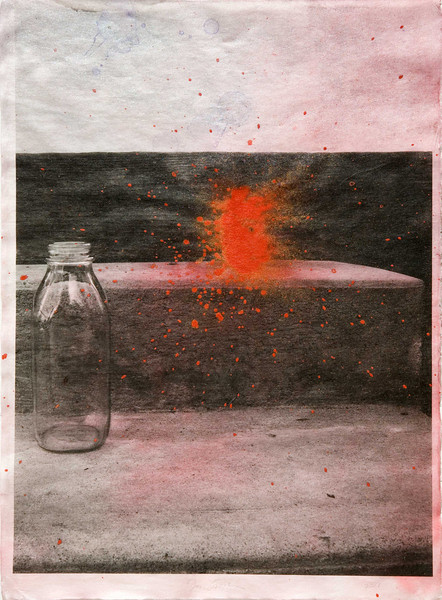 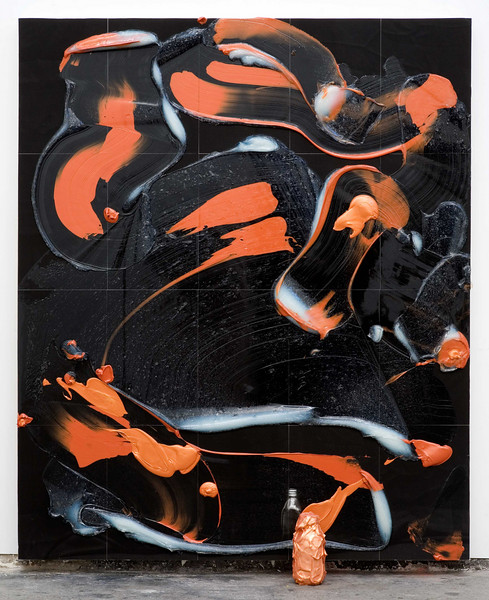 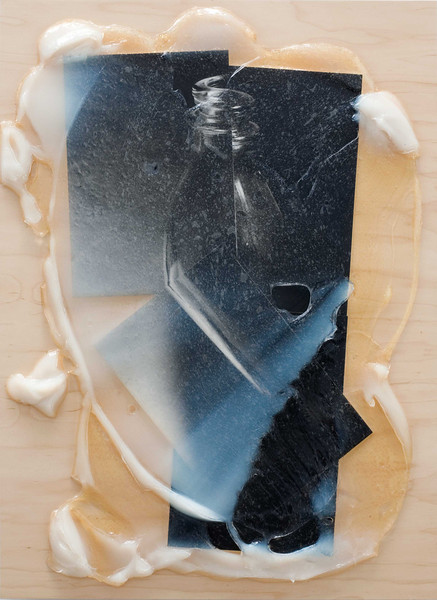 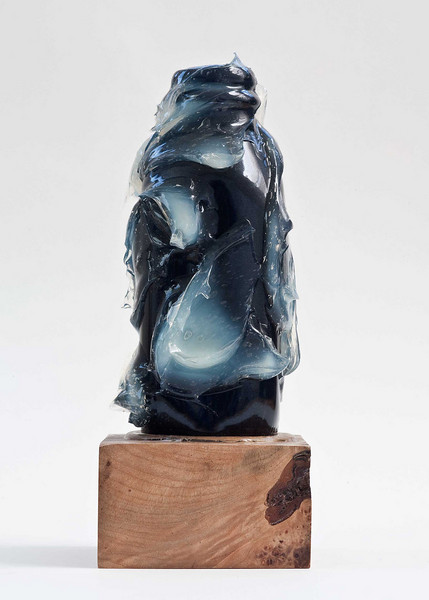 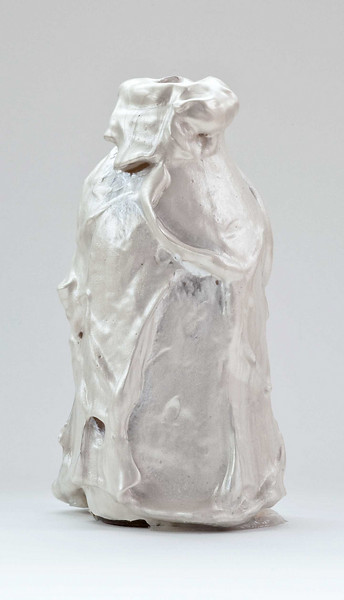