Richard Diebenkorn (1922 – 1993) had a long career as a painter and inevitably his work and style of painting evolved in different ways over his lifetime. For that reason I’m putting up three different posts on him. This first one has a brief look at his work from his whole career, the others are more specific; further down you’ll see mention of both Diebenkorn’s ‘Berkeley’ series, and his ‘Ocean Park’ series, that feature in the next two blogs.

Richard Diebenkorn was born in Portland, Oregon. His family moved to San Francisco, California when he was two years old. He went to Stanford University in 1940. There he concentrated in Studio Art and Art History, studying under Victor Arnautoff and Daniel Mendelowitz. The latter encouraged his interest in American artists such as Arthur Dove, Charles Sheeler and most importantly, Edward Hopper. Hopper's influence can be seen in Diebenkorn's representational work of this time.

During the late 1940s and early 1950s, he lived and worked in various places: New York City, Woodstock, New York, Albuquerque, New Mexico, Urbana, Illinois and Berkeley, California.
In the early 1950s Diebenkorn adopted abstract expressionism as his vehicle for self-expression, influenced at first by Clyfford Still, Arshile Gorky and Willem de Kooning. He became a leading abstract expressionist on the west coast. In 1950 to 1952, Diebenkorn was enrolled under the G.I. Bill in the University of New Mexico’s graduate fine-arts department where he created his own version of Abstract Expressionism.

He lived in Berkeley, California from 1955 to 1966. By the mid-1950s Diebenkorn had become an important figurative painter, in a style that bridged Henri Matisse with abstract expressionism.
The 'Albuquerque Period' represents the first mature statement of Richard Diebenkorn’s distinctive, and powerful, presence on the American avant-garde art scene.

He lived in Berkeley, California from 1955 to 1966. The paintings and drawings of the 'Berkeley Period' established the artist as an abstract painter of uncommon authority and bravura.
In late 1955, Diebenkorn suddenly launched upon a path that veered dramatically from his extended early abstract period: he began to work in a representational mode, painting and drawing landscapes, figure studies and still lifes.

In 1967 Diebenkorn returned to abstraction, this time in a distinctly personal, geometric style that clearly departed from his early abstract expressionist period. The 'Ocean Park' series, began in 1967 and developed for over twenty-five years, became his most famous work and resulted in more than 140 paintings. Based on the aerial landscape and perhaps the view from the window of his studio, these large-scale abstract compositions are named after a community in Santa Monica, California, where he had his studio.

In 1980 and 1981, Diebenkorn temporarily changed direction, producing a rather eccentric group of works on paper known as the 'Clubs and Spades' drawings. When these were shown at Knoedler gallery, the reaction was somewhat perplexed; with time, however, these images have become some of the most highly prized of his works. 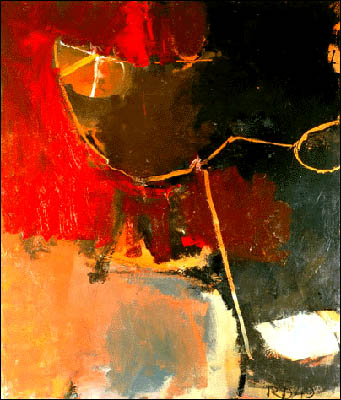 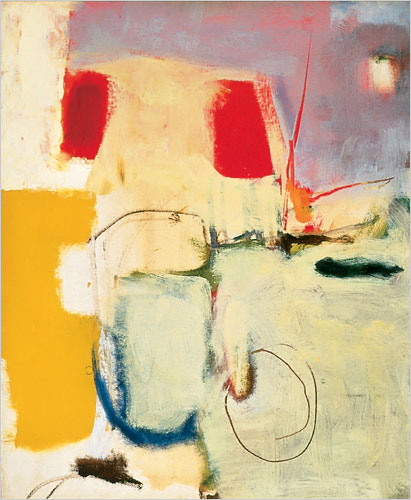 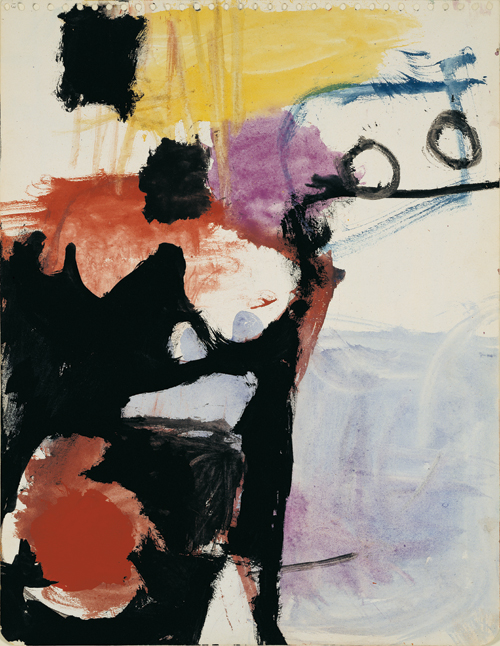 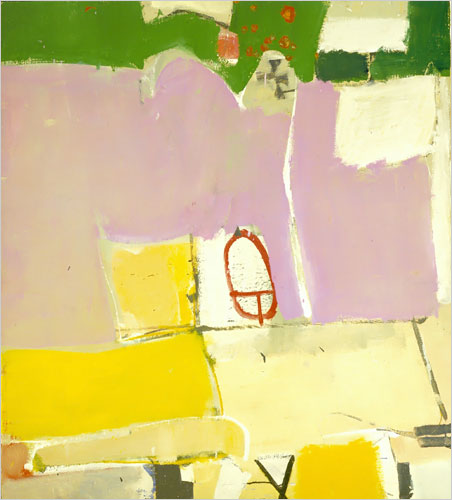 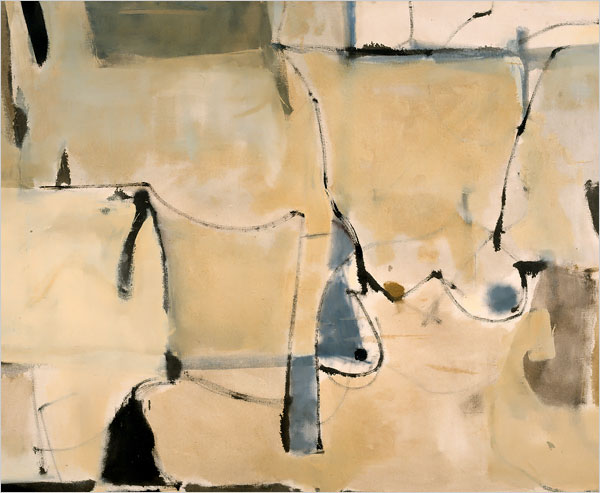 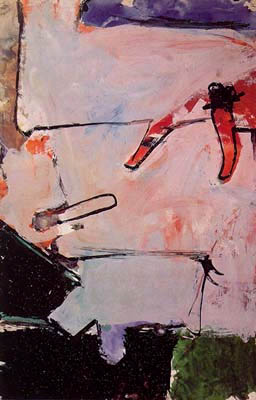 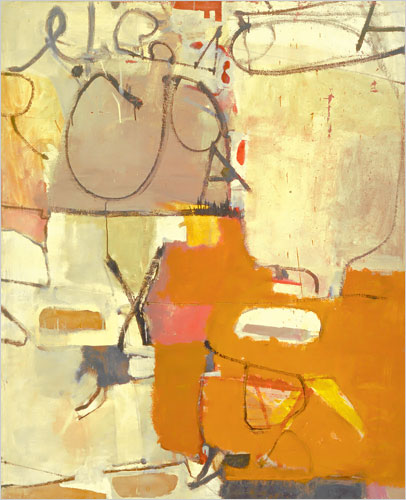 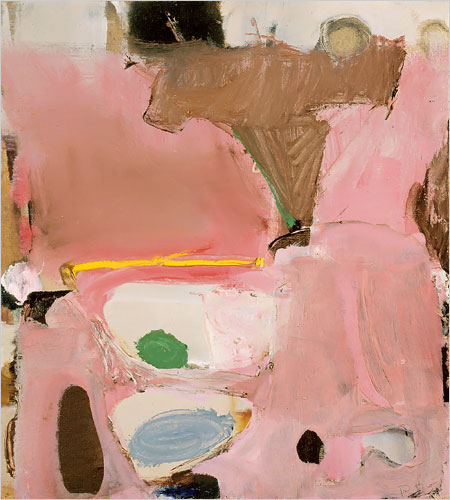 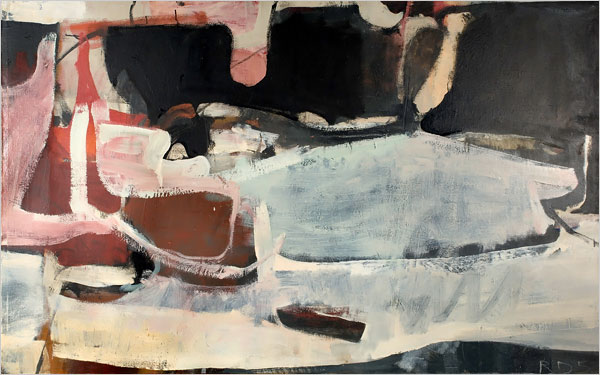 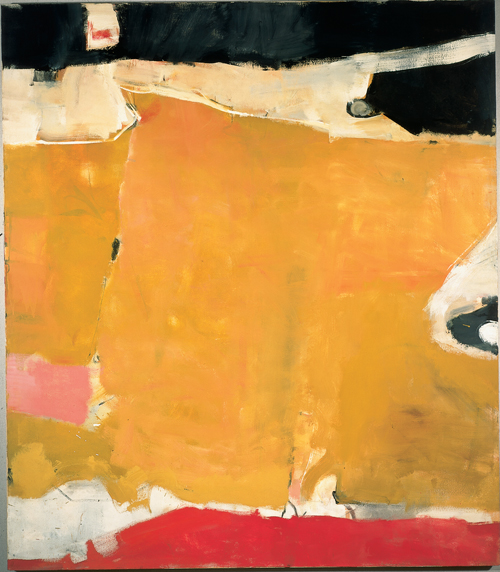 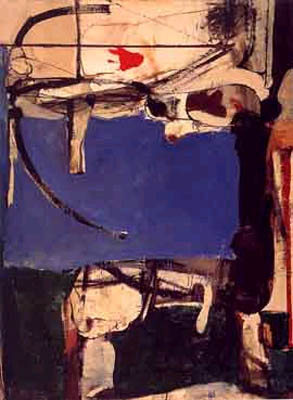 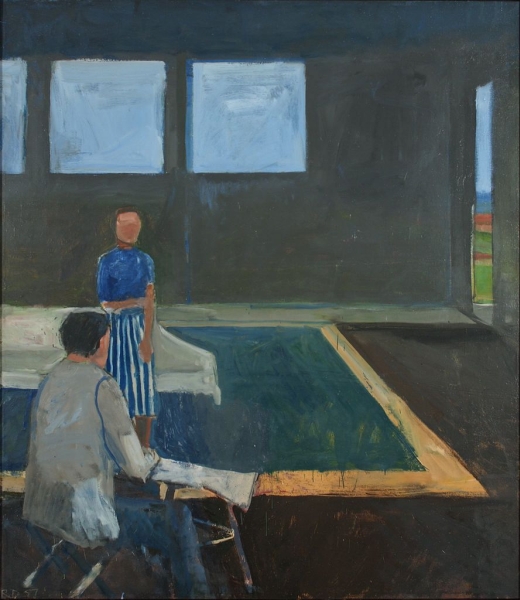 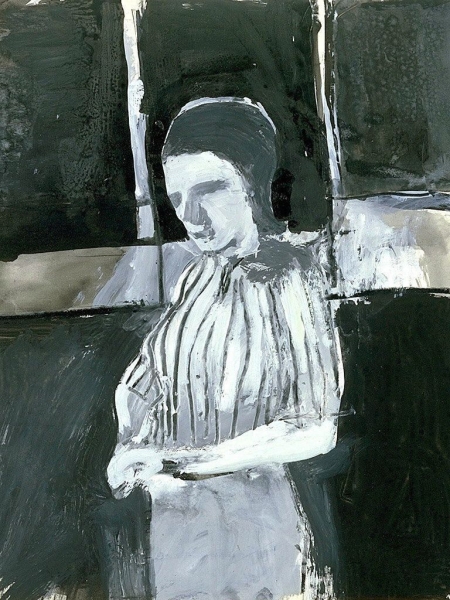 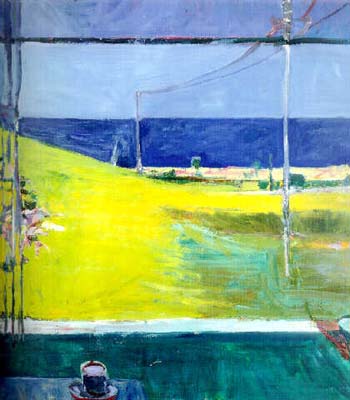 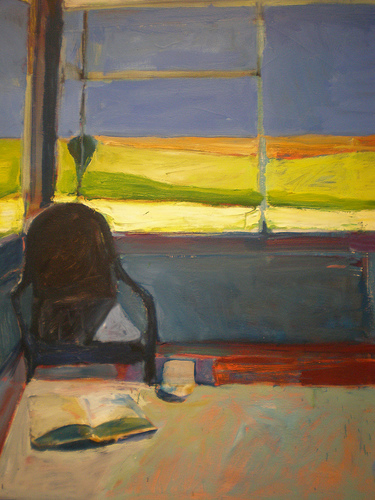 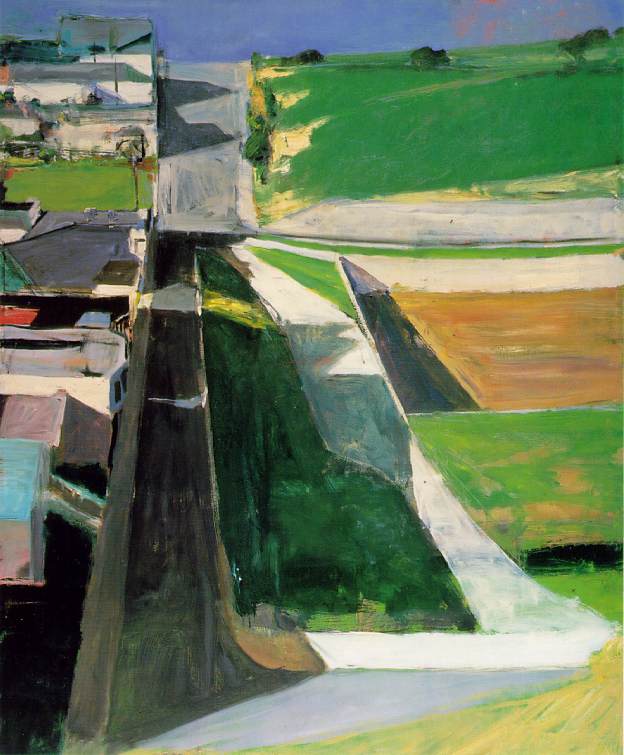 Pausing here to note the similarity between Diebenkorn's San Francisco landscape of 1963 (above) and those of Wayne Thiebaud. The one below is Thiebaud's 'Down 18th Street' from 1980. 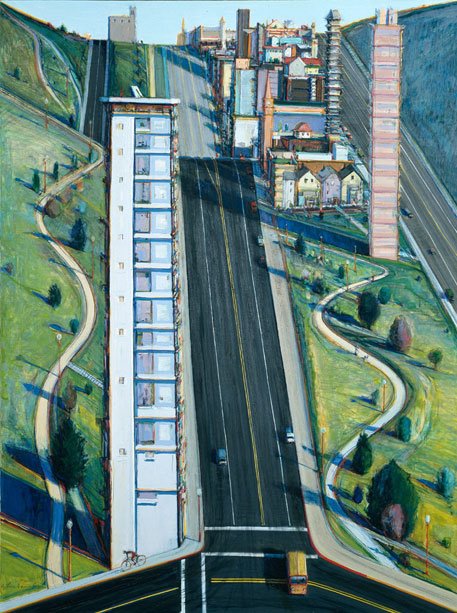 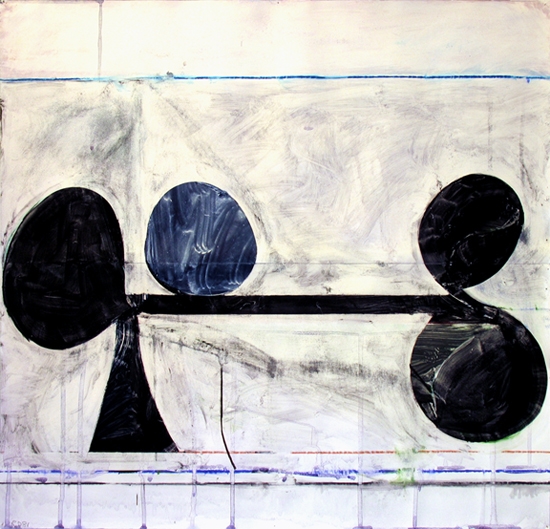