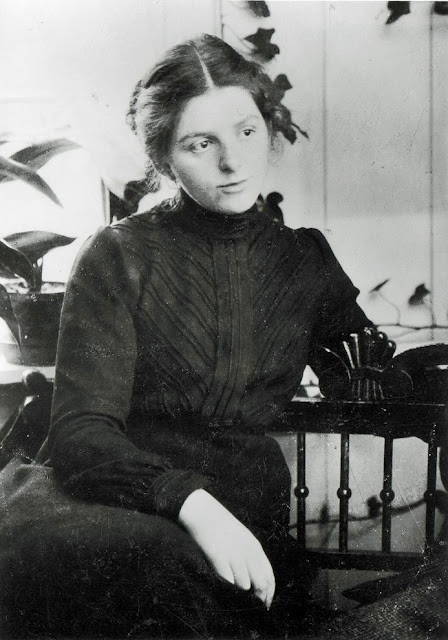 Paula Modersohn-Becker (1876-1907) spent most of her childhood in Bremen, Germany, and decided to become a painter at a young age. After her education at a private painting and drawing school in Berlin, she continued her studies from 1898 at the artist’s colony Worpswede with Fritz Mackensen. In the village north Bremen she also met her future husband, the painter Otto Modersohn (1865-1943).
In addition to numerous paintings, impressionistic studies of the Worpswede moorland and birch tree landscape emerged during this period. These studies already show Modersohn-Becker’s preference for a strictly reduced picture composition and its departure from deep-illusion.
After a few years in the narrow circle of Worpswede painters, she travelled to Paris for the first time in 1900. There she encountered the works of the French avant-garde, who confirmed her in her search for new forms of expression. By 1907, three more stays in Paris followed. From 1903, she increasingly served the still-life to clarify formal questions – the influence of Paul Cézanne’s sill-lifes becomes apparent.
The human form is very much at the centre of Modersohn-Becker’s work; children, old women, and Worpsweder peasants inspired her to undertake portraiture.
Only after she died at an early age, her extensive work was seen and she was recognised as being among the pioneers of the modern style and the first woman to paint a full-length nude self-portrait.


This is part 1 of a 5-part post on the works of Paula Modersohn-Becker: